'It's God's Will': Conservative George Will Lays Out Mike Pence's Twisted Religious Justification for Serving Trump 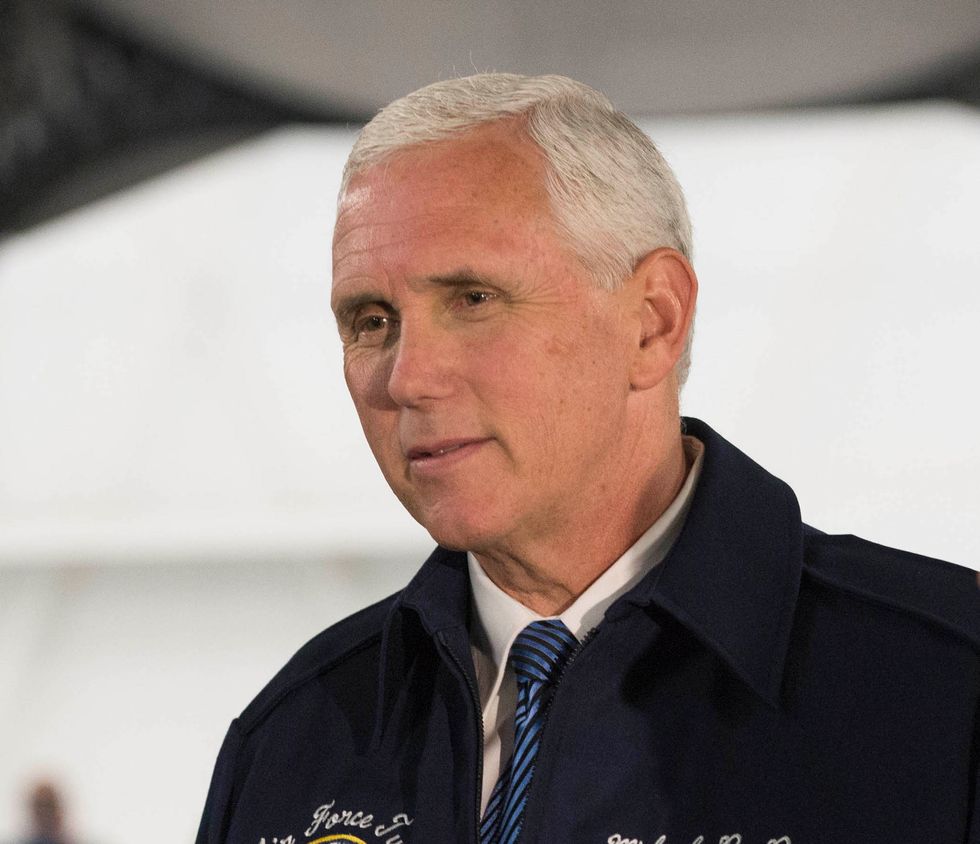 Vice President Mike Pence listens as Capt. Stacey Blurton, 445th Aeromedical Evacuation Squadron flight nurse, explains the aeromedical capabilities of the C-17 Globemaster III aircraft during a visit to Wright-Patterson Air Force Base, Ohio, May 20, 2017. During his visit, Pence commemorated Armed Forces Day, addressing a crowd of more than 200 Airmen and their families, thanking them for their service. (U.S. Air Force photo by Wesley Farnsworth)
Cody Fenwick
and
AlterNet
September 11, 2018

Will noted that the mind-boggling "love story" between Trump and Pence is notable because it only goes one way. While Pence shows complete admiration and devotion to Trump, the president shows little loyalty in return. Other vice presidents, Will argued, have been able to fulfill their roles without debasing themselves — but not Pence.

Matthews played a series of clips showing Pence's relentless subservience and excessive praise of Trump, pointing out how odd the dynamic is given the pair's divergent histories.

"I think of the culture of these two gentlemen: One is totally secular in his life. And his lifestyle is not pious and religious in any form. The other one seems very pious, very evangelical, I would think moral by his terms. What do they got in common these two guys?"

"Nothing," said Will, drawing laughter from Matthews. "Nothing whatever. If you believe as Mr. Pence might, and some people say he does believe, that he's in constant communication with God ask that God wants him to be president. Therefore, anything Mr. Pence does that advances his presidential prospect pleases God. If you have that line of reasoning, then you could see why nothing he does is really degrading. It's God's will."

"Well, his career has been lickety-split," said Matthews. "He went from U.S. Congress to governor of Indiana to vice president of the United States. It's almost Nixonian in his speed. Maybe he has something we don't know, maybe he knows something we don't know — I'm kidding, George, but he must reasonably believe he's been selected here?"

"He might have known getting on the ticket with Mr. Trump was a way of avoiding a race in 2016 that he might have lost," said Will.

"What do you think the vice president is going to do — stick around for as many terms as he can get?"

Will responded: "Of course."