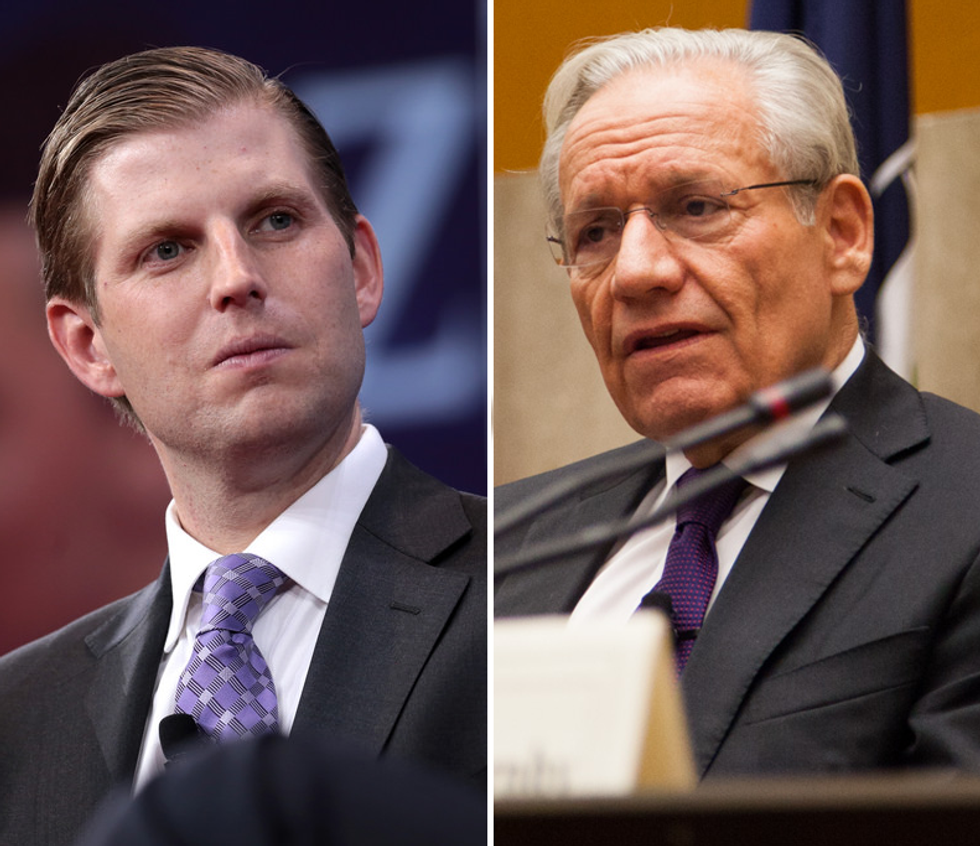 Eric Trump is lashing out at veteran Watergate journalist Bob Woodward, and his remarks are drawing accusations of anti-Semitism. Wednesday morning the president's son charged the author of "Fear" – the latest bombshell book exposing the Trump administration as inept and corrupt – with writing it "to make 3 extra shekels."

The shekel is both an ancient and modern-day form of currency in Israel, but it can also evoke ugly old bigoted and anti-Semitic stereotypes about Jewish people.

After a "Fox & Friends" segment attacking Democratic U.S. Congresswoman Maxine Waters of California, Trump repeated his version of a stump speech, claiming Democrats have no message, while touting the economy's performance.

He then pivoted to the elections.

"The anti-law enforcement, high taxes, and the elimination of plastic straws – that's not a message that's going to win in November," the president's son told the Fox hosts.

Co-host Steve Doocy tripped himself up, talking about Democrats as "the other side" before correcting himself to say, "from you," to Eric Trump. He also noted that the anonymous New York Times op-ed, combined with Bob Woodward's book, "Fear," has thrown the administration into "chaos."

"Don't you think people look through the fact, you can write some sensational, nonsense book, CNN will definitely have you on there because they love to trash the president. It'll mean you sell three extra books, you make three extra shekels, at the behest of the American people, at the behest of our country, that's doing a phenomenal job by every quantifiable metric. Is that really where we are?"

ERIC TRUMP attacks Democrats: "Anti-law enforcement, high taxes, and elimination of plastic straws is not a message that will win in November."

On social media, many expressed disgust over Eric Trump's remarks, while others directly accused him of anti-Semitism.

@sarahcpr @RacismDog I definitely was not expecting the word "shekels," which I haven't heard in decades
— Aaron Rupar (@Aaron Rupar)1536759100.0