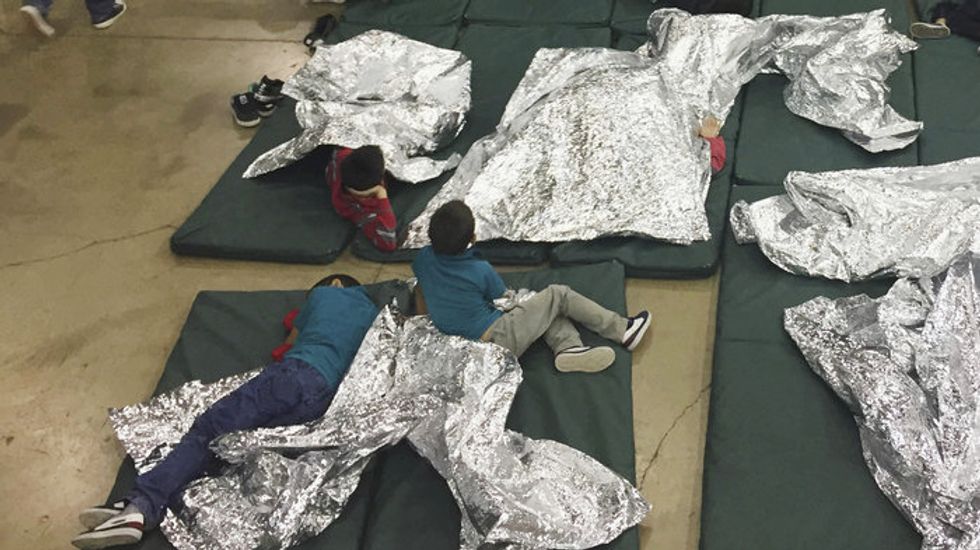 Even as the story has disappeared from the front page of the newspaper, President Donald Trump's self-inflicted family separation crisis is ongoing as hundreds of kids remain apart from their parents.

The administration released a report Thursday revealing that more than 600 of the 2600 or so children who had been taken from their parents U.S.-Mexico border have yet to be reunited, despite a court order that the government return the kids. The new report was filed in court as a part of the ongoing case against the administration.

Many of the children remain separated because 413 parents were deported by the U.S. government, according to the report. The administration claims that parents were given the choice about whether to be deported without their children, but activists and lawyers for many of the immigrants say that many parents were given incomplete information or essentially threatened into compliance.

Meanwhile, the administration is working to push for regulatory changes that would allow it to detain children in prison-like conditions indefinitely. Under a current agreement with the courts, the government can only hold immigrant children in detention facilities before they have to be released. It is this provision, the administration argues, that led to family separations — though it was an intentional choice on the part of executive branch agencies to pursue draconian enforcement of misdemeanor violations of the border.

"Today, legal loopholes significantly hinder the Department's ability to appropriately detain and promptly remove family units that have no legal basis to remain in the country," Homeland Security Kirstjen Nielsen said in a statement.

Though Nielsen and other administration officials have tried to deny that the family separation policy was a direct effort to discourage immigration, others made it clear before the plan was enacted that deterrence was precisely the point.