'This Is Hilarious!': MSNBC's Nicolle Wallace Bursts Out Laughing at Report of Trump Appointee Trashing the President's Personality 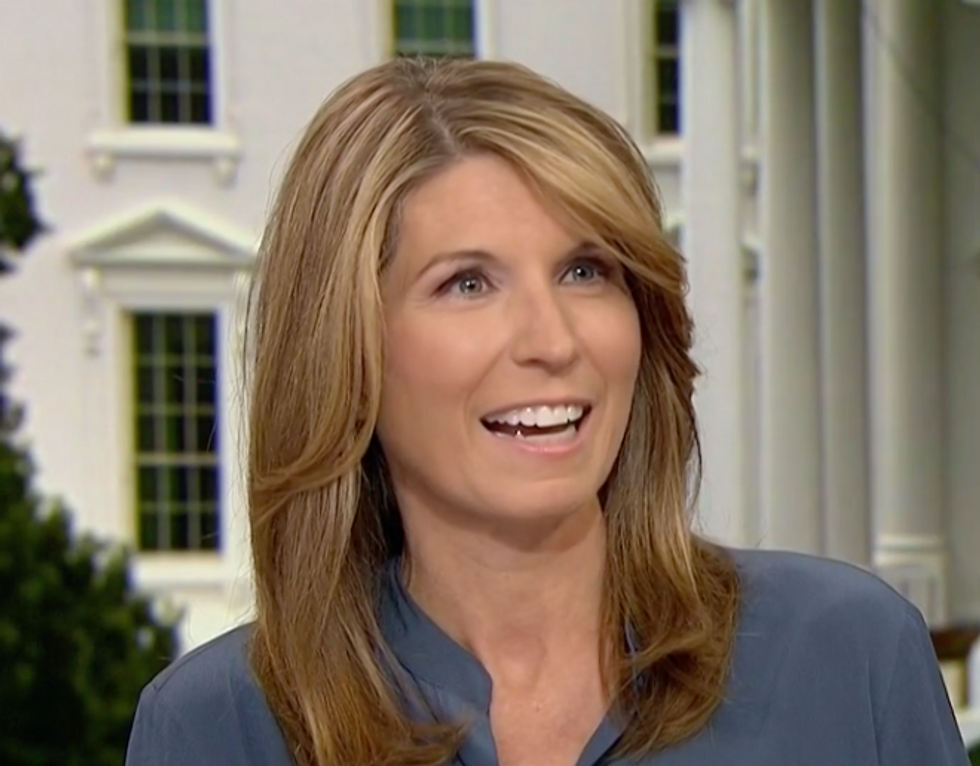 MSNBC's Nicolle Wallace tried to hold back laughter Monday as she read a full quote from a New York Times report describing President Donald Trump's appointee Mick Mulvaney being critical of a top GOP senator and the president's personality.

The report, which detailed comments Mulvaney at a private Republican Party meeting over the weekend, found that the director of the Office of Management and Budget had warned that Sen. Ted Cruz (TX-R) may lose his upcoming election because he's not very "likable." Similarly, Mulvaney reportedly said "Republicans would fare better if they could 'subtract' the president’s divisive persona from voters’ minds, and stress instead that the country is in a 'pretty good' condition," according to the Times.

"This is hilarious!" Wallace said on her show "Deadline: White House" while reading the article aloud. She burst into laughter.

"If Ted Cruz could be charming and Donald Trump could not have a screwed up personality, everything could be fine! Well, I'm with Mick Mulvaney on that," she said. "It's ridiculous!"