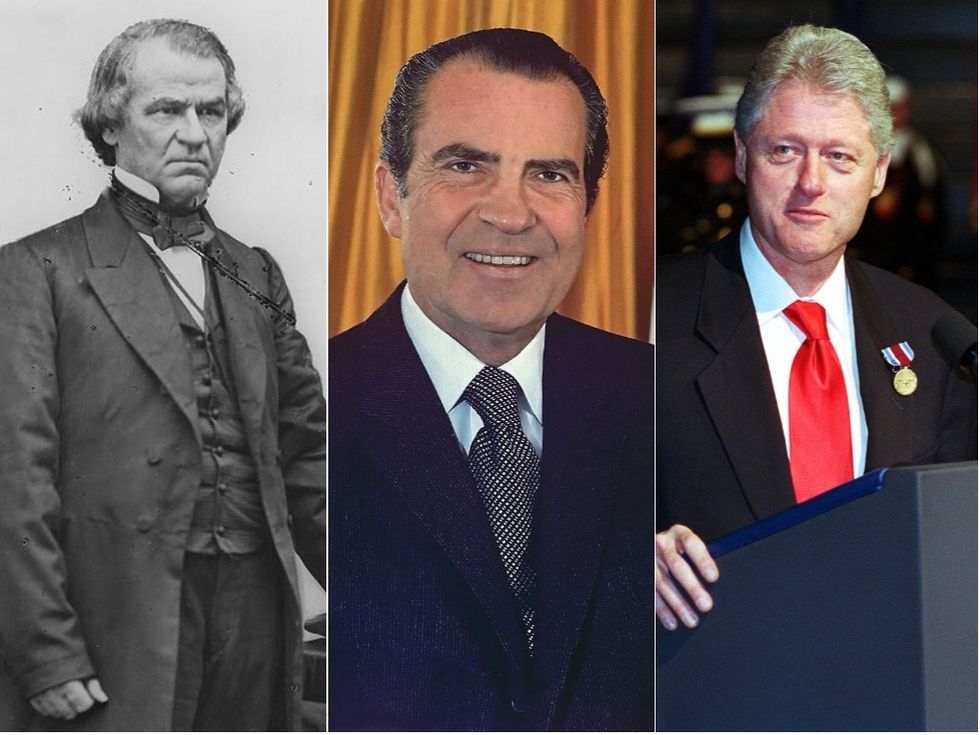 As Special Counsel Robert Meuller’s Russia-related investigation moves along and President Donald Trump’s former campaign manager and Paul Manafort, begins his second criminal trial—this time, for charges that include obstruction of justice and money laundering—the word “impeachment” is being used frequently in connection with the president.

But it’s unlikely that Trump will actually face impeachment as long as Republicans control both houses of Congress.

First: even if Democrats win a majority in the House of Representatives in the November midterms, Republicans might maintain control of the Senate. Second: for all the disdain that Democrats feel for Trump, they don’t necessarily want to see Mike Pence (an extremely anti-gay social conservative) become president. And third: impeachment is a difficult, laborious process—so difficult that only three U.S. presidents in history have faced impeachment, to any degree, in the House of Representatives: Richard Nixon, Andrew Johnson and Bill Clinton. Further, not one president in U.S. history has been convicted in an impeachment trial in the Senate.

Here are the lessons to be learned from U.S.’ “Impeachment Big Three” in the Trump era.

The fact that the U.S.’ first Republican president, Abraham Lincoln, had a Democratic vice president, Andrew Johnson, is ironic in light of the bitter divide that exists between Democrats and Republicans in 2018. But the Republican Party was a new party in 1864, when Lincoln and Johnson ran on the National Union ticket (the National Union Party was a name the GOP temporarily used during the Civil War). When Lincoln was assassinated in 1865, Johnson became president. And the impeachment of Johnson in the House of Representatives in 1868 marked the first time articles of impeachment, as outlined in the U.S. Constitution, were used against a sitting president.

House members argued that Johnson, by removing Secretary of War Edwin McMasters Stanton from office, had violated the Tenure of Office Act—and after the House approved the articles of impeachment against Johnson, they were forwarded to the Senate for consideration. But in May 1868, the Senate failed to convict Johnson. The 35-19 vote in favor of conviction fell short of the two-thirds majority required, thus enabling Johnson to remain in office until 1869.

The events of 1868 were the first time articles of impeachment were put to the test with a U.S. president. And the same process would have to be used against Trump in order for him to be removed from office via impeachment.

First, a House majority would have to impeach Trump—then, a Senate trial would be needed to remove him from office. Let’s say that on November 6, 2018, Democrats retake the House but not the Senate—and at some point in 2019, Mueller’s investigation advances to the point that Rep. Nancy Pelosi (who becomes House speaker once again) and a Democrat-dominated House impeaches Trump. Then, a trial in the Republican-controlled Senate would occur, and Trump would likely be acquitted. Maine’s Susan Collins and Alaska’s Lisa Murkowski would insist that they were carefully weighing the facts, only to vote for acquittal.

Had President Richard Nixon not announced his resignation on August 8, 1974, he might have become the first president in U.S. history to be removed from office via the impeachment process. During the Watergate scandal, the House Judiciary Committee approved articles of impeachment against Nixon. But there was never a Senate trial—it never got that far. Realizing that the mountain of evidence against him was incredibly damning, Nixon quit rather than waiting to be fired—and on August 9, 1974, his vice president, Gerald R. Ford, was sworn in as president.

In 1974, there were plenty of Republicans in both the House and the Senate who weren’t going to stand by Nixon simply because he was a member of their party. But the Republican/Democrat divide is so bitter in 2018 that many Republicans will stick with Trump no matter what. So unless Democrats regain the Senate along with the House on November 6, an acquittal in the Senate would be unlikely. And even if Democrats do manage to retake the Senate, some Blue Dog Democrats in red states might be reluctant to convict Trump in the event of a Senate trial.

Bill Clinton was the third and most recent U.S. president to face the impeachment process in the House of Representatives. In 1998, after Clinton lied under oath about his extramarital affair with White House intern Monica Lewinsky, he was impeached in the House for perjury and obstruction of justice. But when a Senate trial occurred in early 1999, Clinton was acquitted of those charges. Many Republican senators voted “guilty” on both charges, but not enough of them to meet the two-thirds vote required for conviction. Thus, Clinton served out the rest of his second term and remained in office until January 2001.

The Republicans who went after Clinton so aggressively in the late 1990s were a vindictive, bitterly partisan bunch, from House Speaker Newt Gingrich to Independent Counsel Ken Starr—and yet, even after the Republican wave in the 1994 midterms, the GOP couldn’t get a conviction in the Senate. And for the Trump opponents of 2018, the lesson is that impeachment requires very heavy lifting.