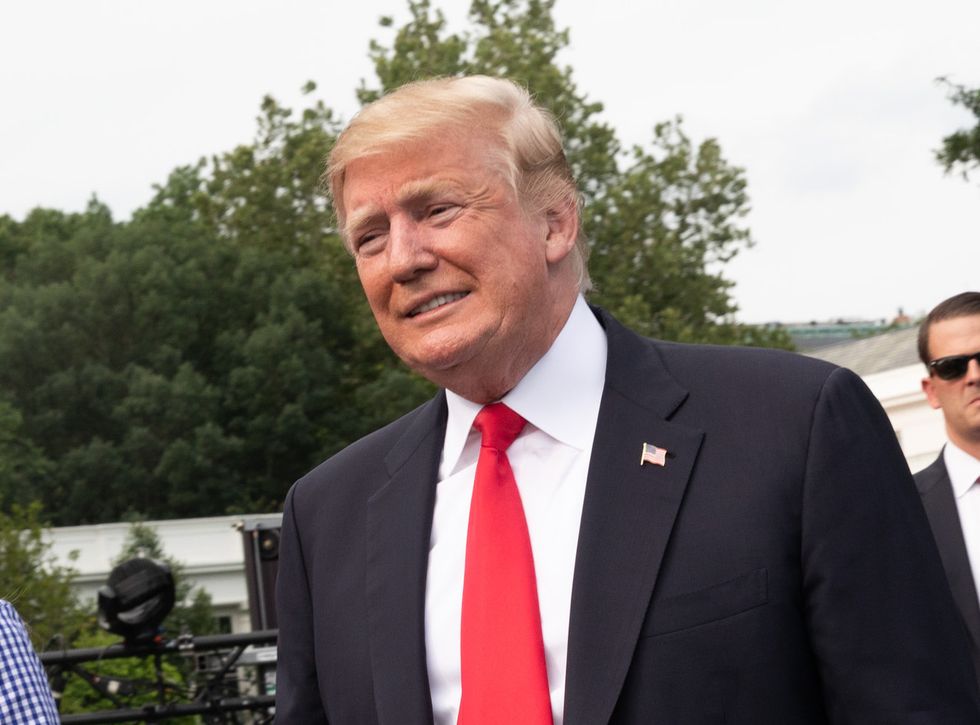 Even as Special Counsel Robert Mueller's Russia investigation has moved swiftly and decisively to rack up indictments, convictions, and guilty pleas, the specter of President Donald Trump's ability to thwart the investigation had hung over the probe since the beginning. While it would certainly come at some political cost to the president, Trump has the ability to force Mueller out if he really wants, and many observers fear that would undermine the public's right to get real answers about election interference in 2016.

However, as journalist Charlie Savage revealed in the New York Times Friday, there may be another way the public could learn what Mueller knows even if the president does his best to quash the investigation.

"Echoing a move by the Watergate prosecutor in March 1974, the grand jury with which Mr. Mueller has been working could try to send a report about the evidence it has gathered directly to the House Judiciary Committee," Savage wrote. "And on Friday, seeking to draw more attention to that option, three prominent legal analysts asked a court to lift a veil of secrecy that has long kept that Watergate-era report hidden."

The petition asks for the release of a 55-page document, known as the "Road Map," compiling evidence of President Richard Nixon's misconduct as gathered by the Watergate prosecutor. The legal experts say it "provides a key precedent for assessing the appropriate framework for Special Counsel Mueller to report to Congress any findings of potentially unlawful conduct by President Trump."

The problem is this: If Trump ousts Mueller, officials at the Department of Justice would be in charge of the findings of his investigation. Whether those findings ever get released could depend on the leadership in the department, who Trump has the ability to fire and replace.

But there's another body that could release the findings of Mueller's probe: the grand jury. The grand jury, impaneled by Mueller, is outside the executive branch and thus outside the control of the president. If granted permission by the judge, it could potentially choose to release a summary of the findings Mueller has presented.

It is uncertain how a Road Map-style grand jury report would play out in the Trump-Russia case. Justice Department rules permit Mr. Mueller’s supervisor to veto any unwarranted “investigative or prosecutorial step,” but it is not clear whether asking a grand jury to send a report to Congress qualifies as such. Mr. Mueller’s supervisor is currently Rod J. Rosenstein, the deputy attorney general, but that could change if Mr. Trump fires him or Jeff Sessions, the attorney general, who is recused from the Russia investigation, leaving Mr. Rosenstein as the acting attorney general for that matter.

The option of a grand jury report could also have implications if Mr. Trump were to force the Justice Department to shut down Mr. Mueller’s investigation. It is not clear what would happen if the grand jury members, on their own initiative, were to ask the judge presiding over their panel to transmit to Congress all the evidence they had gathered — without the executive branch’s request or approval.

Leon Jaworski, the Watergate prosecutor, reserved this as a "master plan" to get the information he discovered about Nixon to Congress, Savage reports.

It's unclear, however, if the grand jury would know it even had this option or what would happen if it tried. But it presents an intriguing alternative to relying on the Justice Department itself to reveal what Mueller has.