Former CIA Head Says Information In Trump-Russia Dossier ‘Was In Line With' the Agency's 'Own Sources’: Bob Woodward 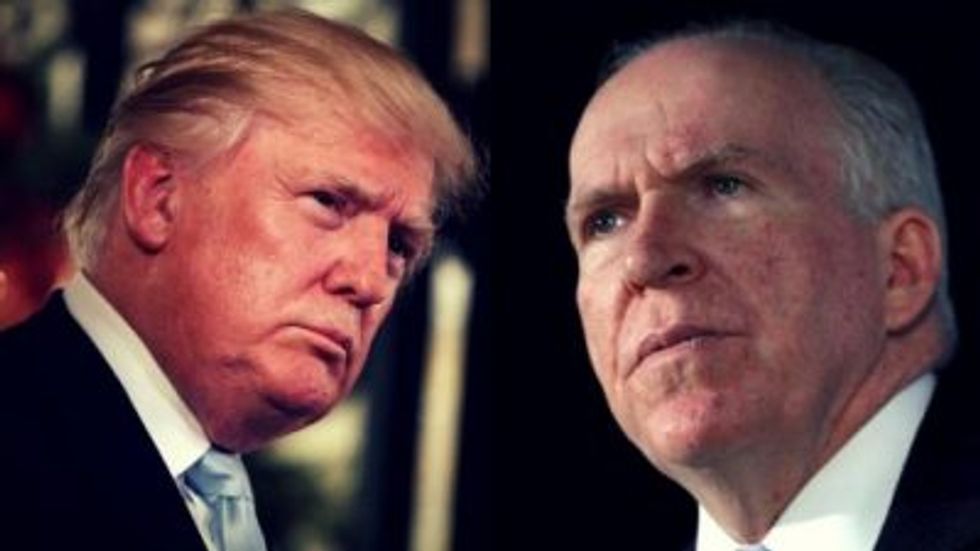 In his new book “Fear,” veteran journalist Bob Woodward reports that former CIA Director John Brennan told him the information in the infamous Trump-Russia dossier “was in line” with the agency’s “own sources.”

For one, Woodward explains “the sources that Steele used for his dossier had not been polygraphed, which made their information uncorroborated, and potentially suspect.”

Still, Woodward reports Brennan “said the information was in line with their own sources [at CIA], in which he had great confidence.”

2/ #WoodwardBook adds despite dossier being potentially suspect @JohnBrennan “said the information was in line with… https://t.co/xIE13mDSJl
— Ed Henry (@Ed Henry) 1536683073

2/ #WoodwardBook adds despite dossier being potentially suspect @JohnBrennan “said the information was in line with… https://t.co/xIE13mDSJl
— Ed Henry (@Ed Henry) 1536683073

Brennan said Trump’s “action is part of a broader effort by Mr. Trump to suppress freedom of speech [and] punish critics.”

Trump’s move to strip Brennan of his security clearance sparked outcry among current and former members of the intelligence community.