The Downfall of a Reasonable Republican: Why Susan Collins’ Senate Career Was Probably Just Dealt a Fatal Blow 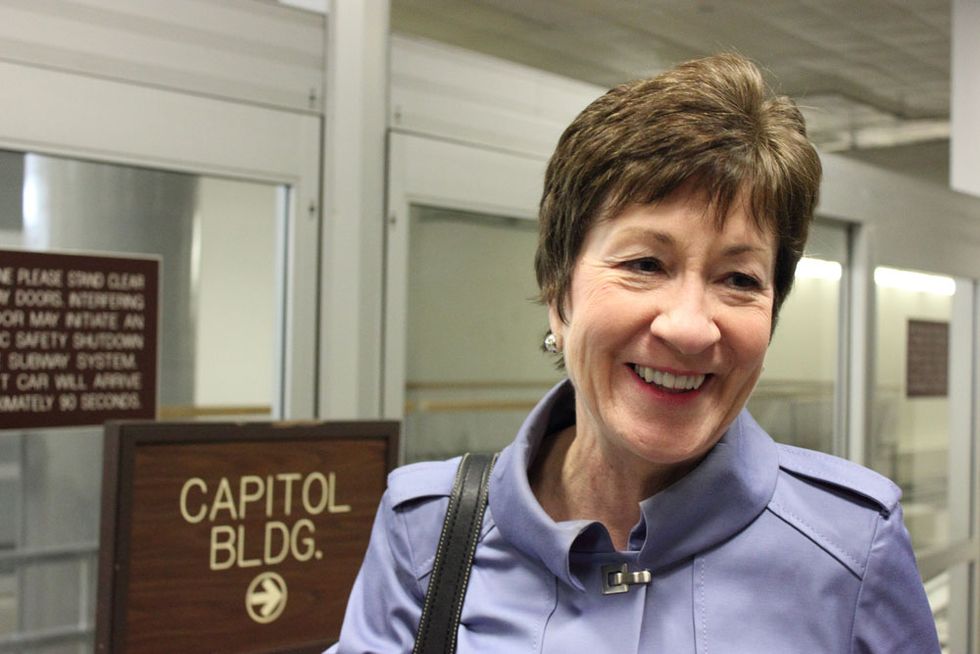 Sen. Susan Collins might very well remember Thursday, September 27, 2018 as the day in which the final nail was placed in the coffin of her career in the United States Senate.

Collins’ career in the Senate was in trouble long before September 27, when the Senate Judiciary Committee held a hearing in Washington, DC in response to the sexual abuse allegations of 51-year-old Christine Blasey Ford—the Palo Alto University psychology professor who has accused Judge Brett M. Kavanaugh of attempting to rape her at party back in 1982. The Maine senator is a northeastern Rockefeller Republican, which is an endangered species in the era of the Tea Party and Donald Trump’s presidency. And many Trumpistas are still furious with Collins for helping to save the Affordable Care Act of 2010, a.k.a. Obamacare, by voting against the American Health Care Act—a GOP-sponsored bill that, in 2017, would have overturned the ACA.

Although conservative, Collins has, on occasion, been willing to buck her party. And she is pro-choice on the abortion issue at a time when the GOP is dominated by the Christian Right and far-right Christian fundamentalists who demand total obedience from Republicans.

But Kavanaugh’s nomination and the sexual abuse allegations that have surrounded it have backed Collins into a corner, making it most unlikely that she will seek reelection in 2020. Collins has been under enormous pressure from fellow Republicans to vote for Kavanaugh and enormous pressure from anti-Kavanaugh activists in Maine to vote against him—and the pressure intensified on September 27, when Ford offered powerful and gut-wrenching testimony on the attempted rape she alleges she suffered at Kavanaugh’s hands in 1982.

Ford’s testimony was followed by testimony from Kavanaugh. In contrast to Ford—who remained composed throughout her testimony, as traumatic as it was for her—Kavanaugh was angry, overwrought, tearful, aggressive and emotional all at once as he insisted that he was the victim of slander and false accusations. And of all the pro-Kavanaugh theatrics that came from Senate Judiciary Committee Republicans during Kavanaugh’s testimony, the most over-the-top came from Sen. Lindsey Graham of South Carolina.

Angrily pointing the finger at any Senate Republicans who might be considering a vote against Kavanaugh, Graham declared, “To my Republican colleagues: if you vote ‘no,’ you’re legitimizing the most despicable thing I’ve seen in my time in politics.” A vote against Kavanaugh, Graham insisted, would be a vote in favor of mob rule, character assassination and the railroading of a decent and honorable man. And even though Graham didn’t mention them by name, it was painfully obvious that Collins, Alaska’s Lisa Murkowski and Arizona’s Jeff Flake were the ones he was trying to bully, coerce and strong-arm into voting for Kavanaugh.

In Flake’s case, such tactics were clearly effective. Although Flake has often been critical of President Donald Trump and tried to appear fair-minded and even-handed when Ford went public with her accusations, he announced, the morning of September 28, that he was a “yes” vote on Kavanaugh. And Collins as well will most likely cave into pressure from Graham, Trump and Senate Majority Leader Mitch McConnell and vote for Kavanaugh just as she voted for Trump’s first Supreme Court nominee, Justice Neil Gorsuch, in 2017—only this time, Collins will be voting for someone who has been accused of sexual abuse by three different women: Ford, Deborah Ramirez and attorney Michael Avenatti’s client Julie Swetnick.

Collins is damned if she does and damned if she doesn’t. If Collins were to show integrity and courage and vote against Kavanaugh—like the courage she showed when she helped to save Obamacare in 2017—she would become persona non grata in the GOP. A “no” vote on Kavanaugh would likely result in an aggressive, forceful GOP primary challenge in Maine should she seek reelection in 2020.

But on the other hand, anti-Kavanaugh activists in Maine have been making it abundantly clear that if she votes “yes” for Kavanaugh, they would do everything possible to bury her in the November 2020 general election. And they’re dead serious about it: in Maine, various activist groups (including the Maine People’s Alliance and Mainers for Accountable Leadership) have been crowdfunding a hypothetical Collins opponent for 2020 and declaring that if Collins votes for Kavanaugh, all of that money would go to the opponent. As of Friday morning, September 28, the activists had crowdfunded more than $1.6 million—and that number would no doubt increase considerably with a “yes” vote on Kavanaugh.

Maine is not a deep red state like Alabama, Mississippi, Nebraska or Utah. It’s a New England state that was won by President Barack Obama in 2008 and 2012 and by Hillary Clinton in 2016, and Collins has been elected in Maine not as a far-right Tea Party extremist, but as a Rockefeller Republican. Many registered Democrats in Maine have crossed party lines and voted for her.

Collins has been indignant over the crowdfunding efforts, claiming that the activists in Maine are trying to bribe an elected official—which is ludicrous. Legal scholars have asserted that crowdfunding a hypothetical Democratic future opponent might be a hardball pressure tactic, but it hardly constitutes a bribe in the legal sense. And “hypothetical” is the operative word because chances are that Collins won’t even seek reelection two years from now.

Christine Blasey Ford didn’t set out to become a feminist icon, but that is what she has, in effect, become—especially in light of all the hateful rhetoric, harassment and death threats she has been subjected to. Feminists are declaring, in essence, “I am Christine Blasey Ford,” and if Collins votes for Kavanaugh, it will be perceived as a vote against survivors of sexual abuse.

Political controversies that are hot one week can easily calm down the next week. But Kavanaugh’s appointment would be a lifetime appointment, and he could still be sitting on the High Court in 2050—with the stink of sexual abuse allegations hanging over his head.

Although Collins is receiving pressure from the center and the left, it is ultimately the pressure from the far right that is damning her career in the Senate. The GOP of the 1970s and 1980s offered more wiggle room for a Rockefeller Republican like Collins, and Republicans in the Senate and the House of Representatives were not being hounded incessantly by demands for ideological purity. But President Ronald Reagan’s belief that a politician who votes with him 80% of the time is an 80% ally rather than a 20% enemy is hardly the 2018 philosophy of President Trump, Mitch McConnell or Lindsey Graham.

For Sen. Susan Collins, the line has been drawn in the sand. She has a choice between either doing the right thing and being branded as a traitor within the GOP or bowing down to pressure from Trump, Graham and McConnell, voting for Kavanaugh and being branded as someone who made an alleged sexual predator a lifetime member of the U.S. Supreme Court.

Either way, the U.S. Senate career of Susan Collins ended on Thursday, September 27, 2018—and her chances of seeking reelection two years from now have gone from slim to none.