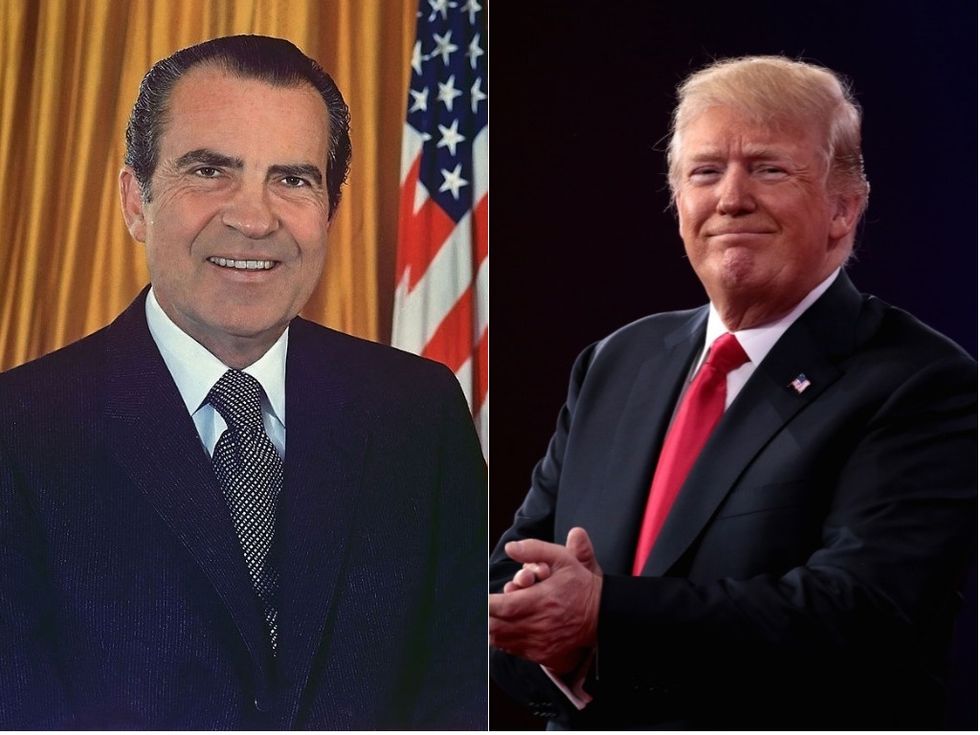 A former member of the special prosecutor's team during the Watergate scandal published a stunning op-ed Monday arguing that for all his faults, President Richard Nixon would be preferable to President Donald Trump.

Philip Allen Lacovara said in the piece for the Washington Post that despite the increasing number of parallels being drawn between Trump and Nixon, these comparisons are unfair — to Nixon.

"I never thought that I would say this, but I am feeling nostalgic for President Richard M. Nixon," he wrote.

While both men, he argued, committed "serious breaches of the norms of law," Nixon has at least some more admirable qualities. Unlike Trump, he was born into poverty and was much more a self-man man. He was also supremely qualified for the position of president, and he was an effective wielder of government power.

One of the odd quirks of history is that one of the most reviled Republican presidents oversaw the creation of the Environmental Protection Agency. Lacovara notes that Nixon was "our first 'environmental” president.'"

"Nixon also had enough decency and respect for the office to cloak his conniving in secret," Lacovara wrote. "Trump openly degrades the office by flaunting his contempt for the institutions of government, particularly the Justice Department and intelligence agencies, and by daily defaming his enemies in vitriolic tweets."

It seems debatable to me, though, whether it's worse to do bad deeds in public than in private.

One notable omission from the op-ed is the presidents' record on foreign policy. While Nixon is best remembered for the Watergate scandal, his most atrocious crimes happened overseas. The number of deaths as a direct result of his continuation of the Vietnam War and for his attacks on Cambodia and Laos is in the hundreds of thousands, if not the millions.

Trump's record on foreign policy is dismal, but it is nowhere near as cataclysmic as Nixon's. Trump ought to be held responsible for continuing aid to Saudi Arabia in its brutal assault on Yemen, but this conflict has not reached the scale of the Vietnam War.

Nevertheless, it's deeply troubling that someone so familiar with Nixon's domestic crimes would compare his behavior and character favorably to Trump's. It suggests that the country has a hard time learning from its past and that Trump may not be our last Nixonian president.