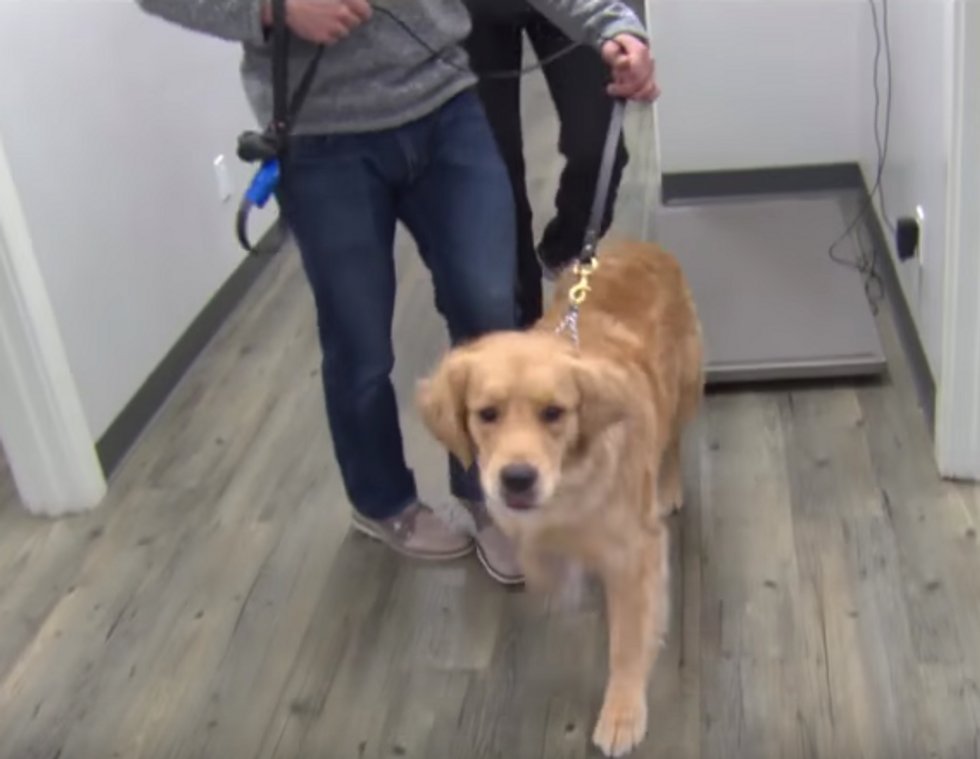 Drug Enforcement Administration officials are alerting doctors to a fairly new and potentially widespread development in the opioid crisis: In the hunt for drugs, some people are abusing their own pets to obtain narcotics from veterinarians, according to a new report by the Courier Journal in Louisville, KY.

In Kentucky, one woman used disposable razor blades to cut her dog, named Alice, several different times, in hopes of getting her hands on an opioid pain killer. "I remember my initial feeling of disbelief, this can't be real," Elizabethtown Police Officer John Thomas, who investigated the case, told the Courier Journal. "It was shocking."

Thomas added that Heather Pereira, Alice's owner, brought her dog to an animal clinic, first in Louisville and then to an animal hospital in nearby Elizabethtown, to get Tramadol, a prescription pain pill.

According to the Courier Journal:

Medical officials at Elizabethtown Animal Hospital called police in December 2014, after noticing several red flags, including cuts on Alice that looked too clean to have been accidental as well as implausible stories about how the dog incurred the injuries. It also was the third time in two months that Alice needed medical attention, with the latest wound requiring six to eight stitches to close two cuts to her right flank.

Pereira initially claimed Alice was cut after rubbing up against a broken part of a gutter and after playing under the car, the officer said. The investigator said Pereira finally admitting she cut her dog.

Pereira, 24, was sentenced to four years in prison in 2015 for a felony crime of making false statements to obtain a controlled substance and for a misdemeanor of torturing a cat or dog. Thomas told the Courier Journal that Pereira was released in 2016 and is now on probation.

But local and national DEA officials and medical professionals worry that other people with opioid drug addictions could try similar methods. This month, Scott Brinks from the DEA's Diversion Control Division in Washington, warned hundreds of Kentucky doctors, as well as some veterinarians, during a Louisville conference to be on the lookout for people who are abusing animals to obtain pain killers, the Courier Journal reported.

"Certainly, we know that people who have a drug problem will do almost anything to obtain them," Dr. Doug Peterson, president of the Kentucky Veterinary Medical Association, told the Journal. "Is it something the average vet sees on a monthly basis? Probably not. But we need to be concerned about it for sure."

There's evidence that this is not an isolated problem to Kentucky, either. An owner of an Animal Hospital in Atlanta, Georgia, told CBS News last year, that veterinarians are looking even more critically at the nature of injuries when an animal is brought in and also at the behavior of the animal's owner. "We typically believe what people tell us and we don’t want a pet in pain, but now we’re taking a bit more of a critical look at exactly what the client is like and what the dog is like — does it fit?" Dr. Duffy Jones said.

Jones added that veterinarians are being especially cautious around new clients, because "The ones being abused aren’t seeing us regularly; they’re moving from vet to vet."

From Oregon, to Florida, "Veterinarians across the country have reported cases of owners using their pets to get their hands on Tramadol, an oral medication that has opiate-like effects," CBS reported.