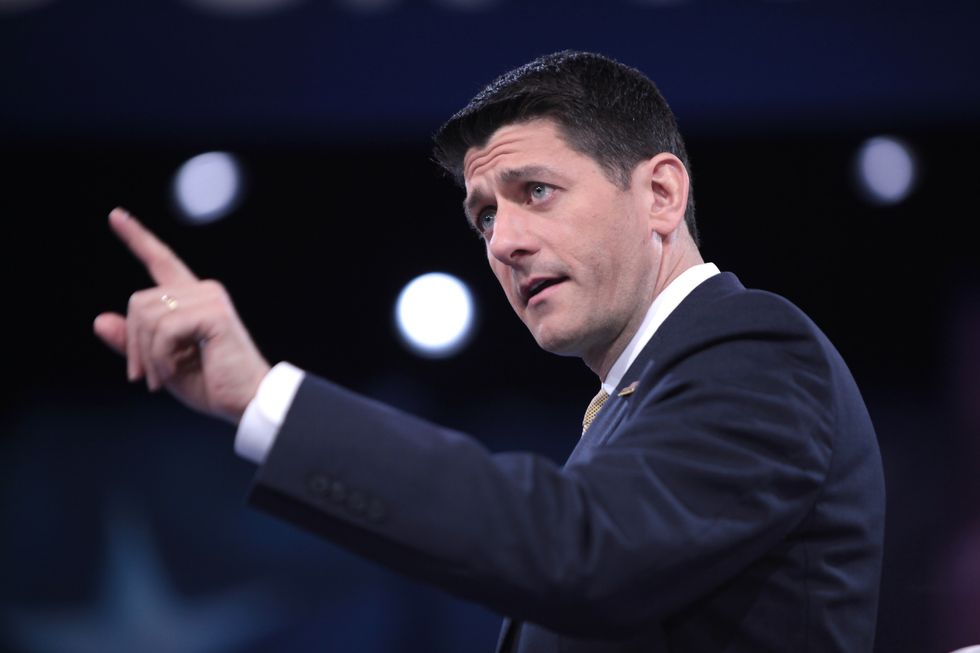 While Washinton Post columnist Doug Milbank argued Wednesday that President Donald Trump and his associates' misdeeds are "bad," he said it is the Republican Party leadership that is "unforgivable."

For one example, he pointed to Senator Majority Leader Mitch McConnell's complete abdication of responsibility Wednesday morning. Even though just the previous day, Trump's former personal lawyer Michael Cohen implicated him in campaign finance violations, McConnell spoke on the Senate floor about President Barack Obama's record and Trump's crowd in West Virginia. He hid from questions about the crimes.

Speaker Paul Ryan, on the other hand, issued a bland statement about the matter that completely shirked any responsibility for oversight.

"What more do you need, Mr. Speaker? What more will it take, Republicans?" asked Milbank. "It seems nothing can bring them to state what is manifestly true: The president is unfit to serve, surrounded by hooligans and doing incalculable harm."

He also noted that the defense that the Republicans are only following what their base wants — supporting the president — is "circular." Part of the reason voters continue to support him is that other Republicans are signaling that his actions are acceptable.

"The moral rot is spreading," Milbank wrote. "If Republicans don’t put some moral distance between themselves and Trump, there will soon be nothing left to salvage."