Trump Was Rattled to Find Out How Much a Top Aide Has Been Talking to Robert Mueller: Report 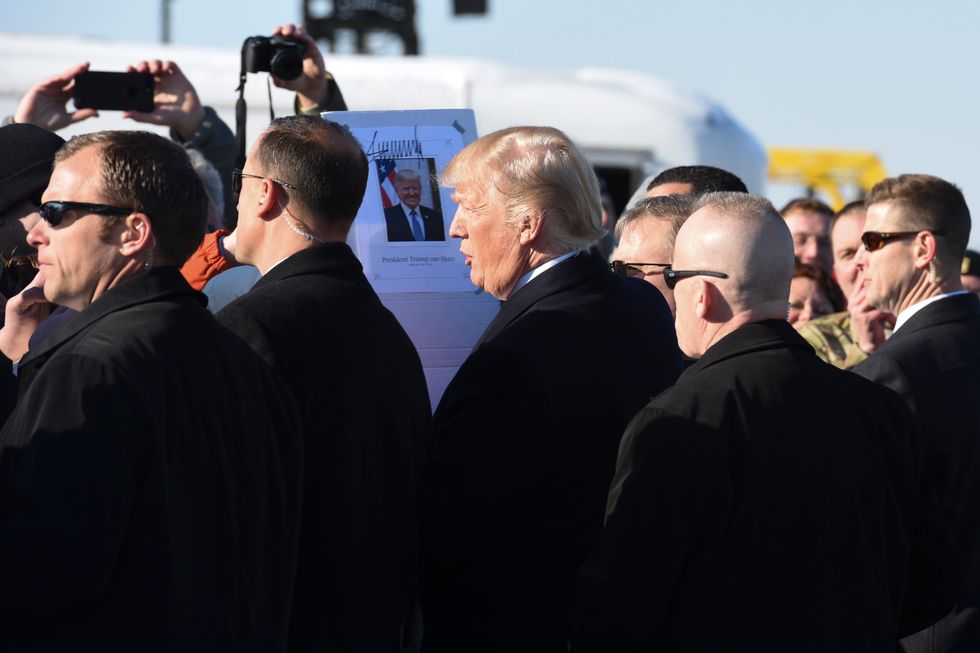 Despite his public claims to the contrary, President Donald Trump was unsettled by the New York Times report Monday that White House Counsel Don McGahn has given at least 30 hours of interviews to special counsel Robert Mueller, according to a new CNN report.

"The failing @nytimes wrote a Fake piece today implying that because White House Councel Don McGahn was giving hours of testimony to the Special Councel, he must be a John Dean type 'RAT,'" Trump said on Twitter Sunday. "But I allowed him and all others to testify - I didn’t have to."

Disgraced and discredited Bob Mueller and his whole group of Angry Democrat Thugs spent over 30 hours with the White House Councel, only with my approval, for purposes of transparency. Anybody needing that much time when they know there is no Russian Collusion is just someone.... ....looking for trouble. They are enjoying ruining people’s lives and REFUSE to look at the real corruption on the Democrat side - the lies, the firings, the deleted Emails and soooo much more! Mueller’s Angry Dems are looking to impact the election. They are a National Disgrace!

And yet, according to CNN:

The President was unsettled by the notion that he didn't know everything McGahn said to the special counsel during their interviews, the sources said. And while he had approved the cooperation, Trump did not know the conversations stretched for 30 hours or that his legal team didn't conduct a full debriefing with McGahn after the fact.

The report adds that Trump remained "agitated" throughout the weekend and that he thought the story "made him look weak."

It also notes that despite McGahn's success in pushing a conservative judicial agenda, his relationship with the president is strained. Assuming he pushes Judge Brett Kavanaugh over the finish line in his nomination to the Supreme Court, McGahn may soon leave the White House, according to CNN.

Jack Quinn, a former White House Counsel himself, observed that the story about Times McGahn will likely have a serious impact on the rest of the White House staff. It may send them flocking to Mueller, looking to testify about what they know.

"Nobody wants to watch one's colleagues go in, spill the beans and be the one who is last in line to cooperate," he told CNN.