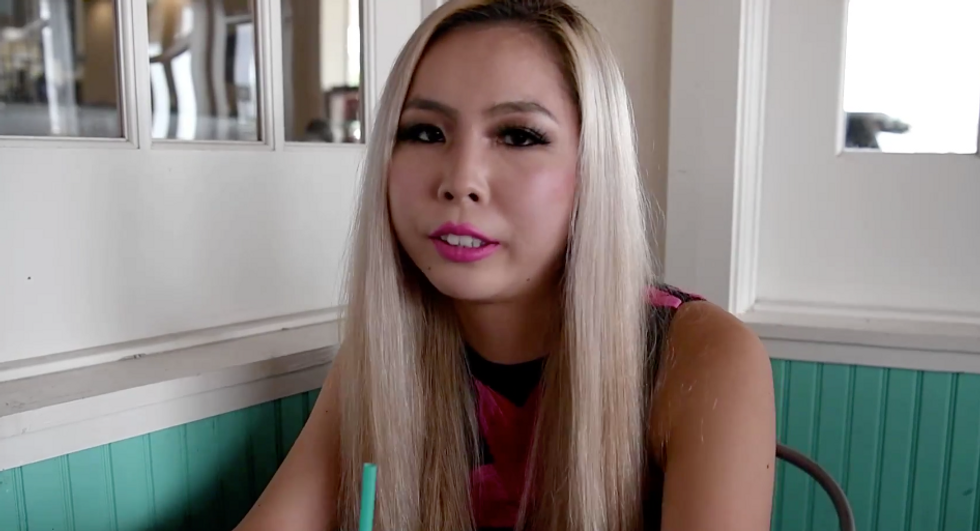 A Texas woman quit her “dream job” as a Hooters waitress after racial abuse was written on a receipt by a customer, reports the Times Record News.

Elina Blackstock, 22, is from Tokyo and was working at the wing restaurant in Wichita Falls until Monday, when she quit after getting a 70 cent tip on a $70 meal with the misspelled word “jaundice” written on it. The term is a slur for Asian Americans.

Blackstock said the table, which was a white family, had been rude and mocked her for being Asian.

“Get a different job damn jandice [sic],” was written on the receipt.

“Some people think I made this up for attention, and I need to stop being a victim,” Blackstock told the Times Record News. “But people need to know racism exists.”

Among the replies were a bunch of white people who attacked her for saying the white people, who she did not name, were white.
Blackstock had to defend herself against charges that she was racist against white Texans.

“The reason I stated the race because I just wanted to make a point that it was racial discrimination,” she said in a Facebook post. “And I don’t think calling them white is considered as racist because it’s used in government documents. And as you can tell by my last name, one of my parents are white, my boyfriend is white. My best-friend is white. Why would I be racist towards white people?”

Three generations of the unnamed white family have now been banned from the Wichita Falls Hooters by management.