Ronald Reagan's Daughter Denounces Trump and Compares Him to 'Tyrants': 'This Is Not America' 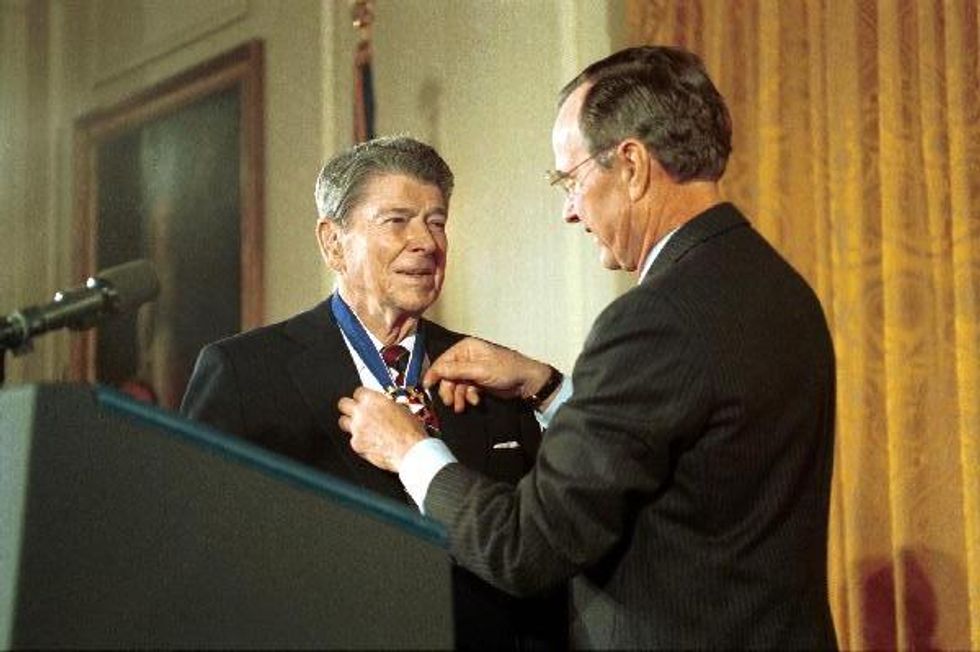 If ever there was a sainted figure in modern Republican Party politics, that figure is surely the late President Ronald Reagan.

But without admitting it, the party has drifted quite far from even the quite conservative policies and attitudes of the Reagan era as it has come to embrace President Donald Trump.

Patti Davis, Reagan's daughter, observed the stark contrasts between the two men an op-ed in the Washington Post published Wednesday denouncing Trump's demagogic attacks on the press. She notes that while her father had issues with reporters, he would never have sunk to the low of calling the media the "enemy of the people."

This epithet, she wrote, has precedent: "Many tyrants have employed it to their advantage. Trump may not read much, but I’ll bet he knows that."

Reflecting on her father, she wrote:

I’ve tried to imagine what my father would have done if people attending a political speech of his had turned to the press and raised their middle fingers, hurled obscenities or physically menaced the reporters who were there doing their jobs. I found it difficult to conjure the image, and then I realized why. It simply wouldn’t have happened. The person on the podium, the person everyone has gathered to see, sets the tone.

There are some Republicans who have realized what Trump means for the party and how he fights against basic freedoms. But these never-Trumpers, who share some of Davis' views, remain a minority within the party.

David argues, nevertheless, that those who find Trump's behavior objectionable still represent a majority of the country.

"But if we are silent, if we don’t speak up, if we don’t raise our voices and say, 'This is not America,' it won’t matter that we are in the majority," she wrote. "Silence didn’t create this country; brazen, unwavering commitment did. And one of those commitments was to a free press — one not controlled or hampered by a demagogue who has a good day only when he’s being flattered."