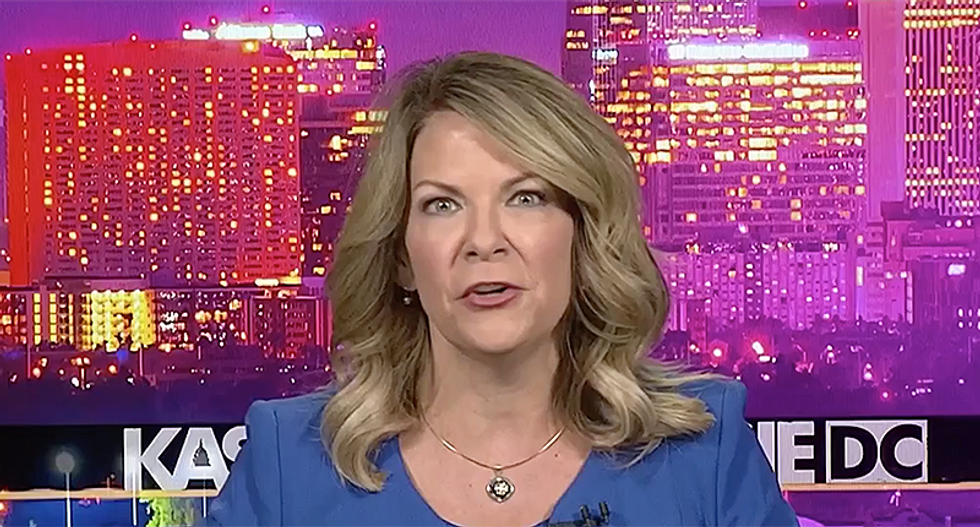 Arizona Republican Kelli Ward was blistered on Twitter on Sunday morning after it was revealed she and one of her staffers accused Sen. John McCain (R-AZ) of announcing that he was about to die at a time that would harm their campaign.

Late Saturday, following the announcement that McCain had succumbed to brain cancer at his home, Arizona TV reporter Brahm Resnik shared tweets between the staffer and Ward herself, in which they complained about the timing of McCain’s announcement that he was dying.

“I wonder if John McCain’s trying to steal attention from Ward’s bus tour by announcing his life is coming to an end,” the staffer wrote, with Ward replying, “I think they wanted to have a particular narrative that was negative to me.”

Needless to say, Ward’s online comments about the Vietnam war hero choosing how he would die while surrounded by his family was harshly criticized on Twitter, with one commenter calling her “narcissistic, selfish, idiotic, disgusting, horrible, rude, and moronic.”

You can read a sampling below:

Kelli Ward said that McCain announced he was stopping treatment to hurt her campaign because there is literally no limit to how low these people can go.

You have to wonder: Just what the hell is wrong with Kelli Ward? Then you remember: She's a Trumper. And suddenly the pathological self-absorption, utter absence of empathy and lack of decency make perfect sense.

Kelli Ward is another example of the swamp that calls itself the Republican Party.

If Kelli Ward gets more than Alan Keyes's fabled 27% of the vote, it will be time to Build The Wall around Arizona and airlift its remaining good people out of there.

Kelli Ward is just one of many examples of why the Republican Party officially died with John McCain.

Kelli Ward is a living, breathing example of why early voting should be eliminated (or extremely limited). Fortunately she will lose anyway, but imagine having voted for her and then watched her self-destruct these last few days

I have no words to express how I feel about Kelli Ward...

Okay maybe I have a few words.

The Kelli Ward should be the name of the wing of the hospital that houses unrepentant narcissists who blame their problems on other people’s cancer.