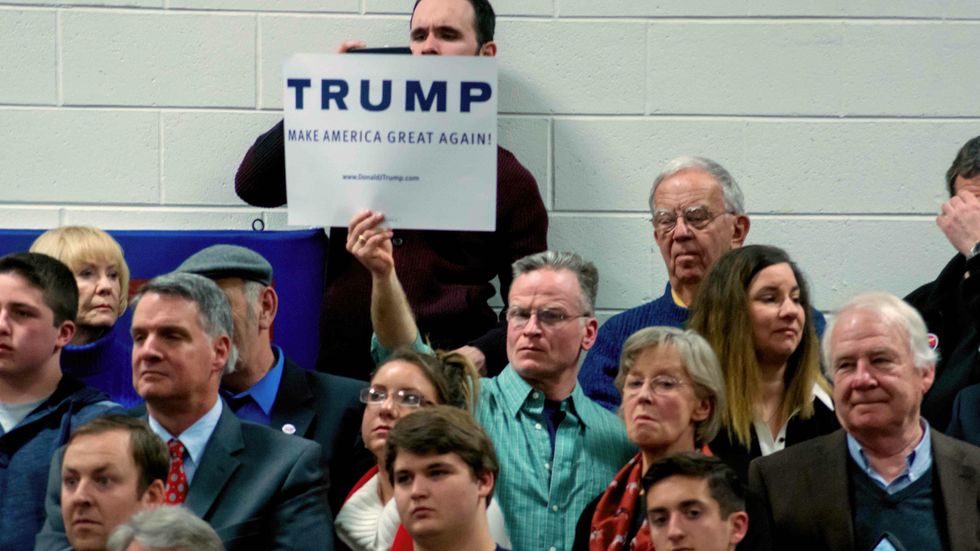 With President Donald Trump's campaign looking more like a criminal conspiracy every day, New York Times columnist Charles Blow put the blame for the president's ongoing impunity at the feet of his voters in a new column on Thursday.

The president's base of support, he argued, has become "the enemy of the Republic."

Blow uses this strong term — seeming to echo Trump's own denunciation of the press as "the enemy of the people" — because Republicans in Congress seem petrified of his voters. As the only body current capable of holding Trump to account, the GOP Congress is treating Trump with kid gloves for fear of angering Trump-obsessed Republican voters.

"In effect, that means that if the base loves Trump, the base’s senators and congressmen and women are obligated to also love Trump — or at least fake it," he wrote.

Of course, this is a natural political calculation, But Blow argues that these times call for transcending rank partisan politics.

"It can’t be pleasant to fall on a sword, but that is now the only honorable way out for these Republicans and, by extension, for the rest of us," he said. "In this moment they have to separate career goals and personal ambitions for the high requirement to properly serve the country and protect its Constitution."

It is not clear yet if anyone is listening to this message. Perhaps, no one ever will — and the only way to hold Trump to account will be to vote out his protectors.