'No President’s Words Have Ever Meant Less': Here's Why Trump Barely Has Control over the Executive Branch 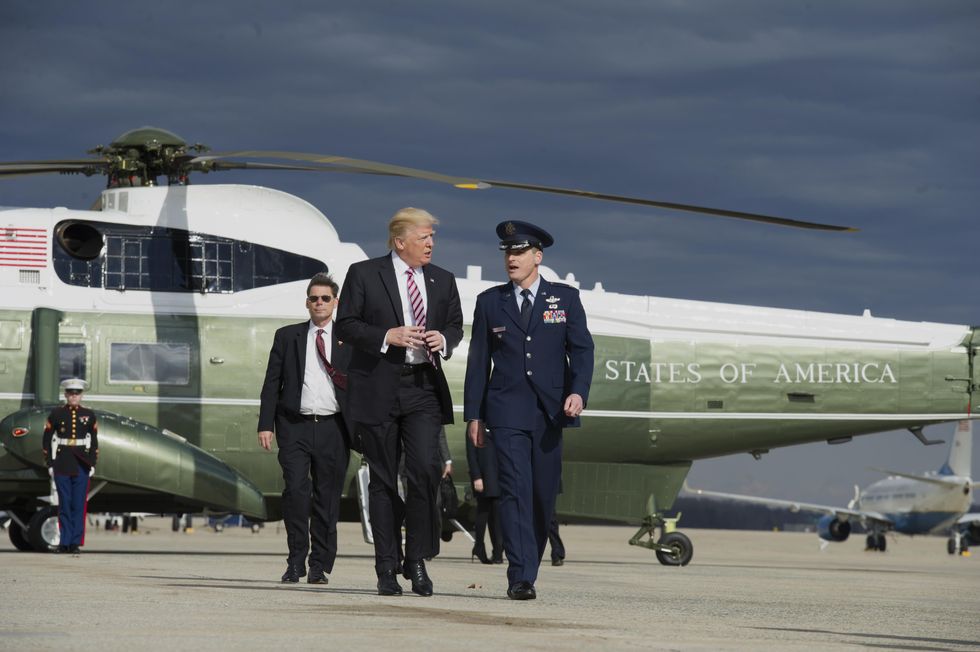 In a new article for Lawfare, former general counsel for the FBI Jim Baker points out a stunning feature of President Donald Trump's administration: Often, the president when will tweet something that looks like an order — but nothing will happen.

Baker points to Trump's recent tweet about the guilty plea of his former lawyer.

"Michael Cohen plead guilty to two counts of campaign finance violations that are not a crime," Trump wrote.

This is, of course, not true — Cohen, his lawyers, the prosecutors, and the judge all rightly assessed Cohen's actions to be criminal. But as Baker notes, if Trump believes a certain course of action doesn't really constitute a crime, this raises a series of pressing questions.

"Are government attorneys now precluded from prosecuting anyone else who might have been involved in this conduct, including the president himself?" Baker asks. "Is the FBI precluded from even investigating something that the president says is not a crime? Does the U.S. attorney’s office have to move to allow Cohen to withdraw his guilty plea and have the court dismiss the information?"

He continued: "Or will everyone in the Department of Justice simply ignore the president’s tweet? To my mind, that is the most likely outcome here. The Justice Department is likely to assess that whatever it is, the tweet is not a legal determination by the president and is not binding on the agency."

But he argues this is far from an ideal conclusion. It leaves the entire executive branch in murky waters, unclear which directives from the president it should be carrying out. It sets a precedent of federal departments simply ignoring orders from the president.

What these types of incidents show is the limitations of Trump's power as president. He takes to Twitter not as a place where he necessarily expects his orders to be carried out — even when it looks exactly like he's giving orders — but to vent his frustrations. He could, of course, actually threaten to fire Sessions or Deputy Attorney General Rod Rosenstein if they don't follow his orders, but he fears that Congress might finally punish him if he does.

"This is a very deep point by the FBI’s former general counsel, Jim Baker," said Lawfare Editor-in-Chief Benjamin Wittes. "It boils down to the fact that the executive branch doesn’t quite treat Trump as president. No president’s words have ever meant less."