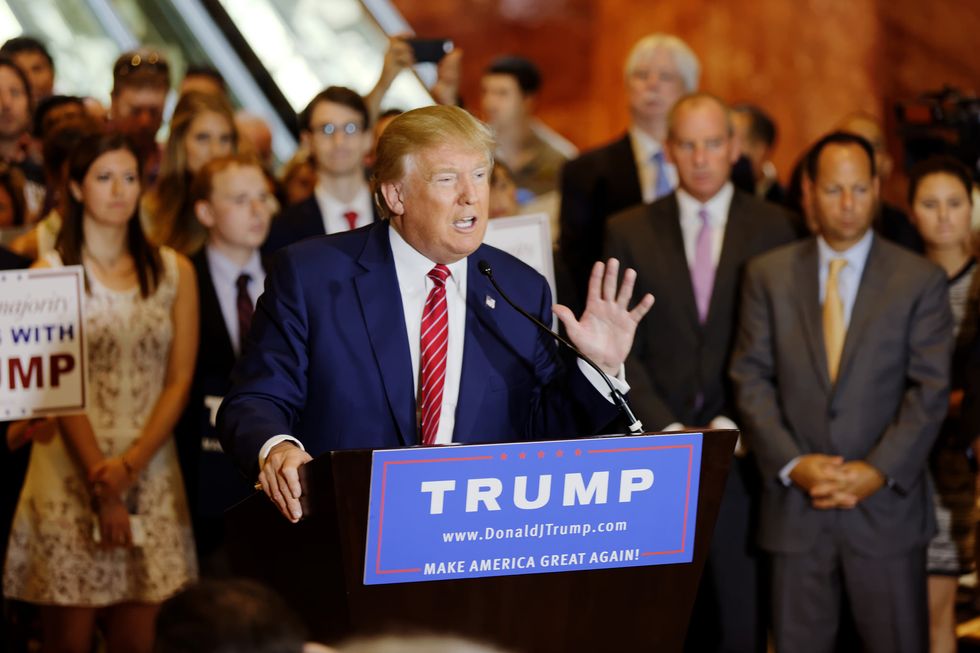 Manhattan District Attorney Cyrus Vance is weighing whether to seek criminal charges against President Donald Trump's business empire — the Trump Organization — as well as "two senior company officials," according to a report in the New York Times.

The news comes in the same week that Michael Cohen, President Trump's former lawyer, pleaded guilty to campaign finance violations regarding hush money payments to two women who say they had affairs with Trump. The potential Manhattan D.A. charges would relate to this plea, two sources told the Times.

According to Cohen's plea, the money constituted an illegal contribution to the 2016 Trump campaign. He was allegedly reimbursed for the payments through the Trump Organization, which could leave the company vulnerable to criminal charges.

The company said that it was paying Cohen for "legal expenses." But if it was, in fact, a campaign contribution, the payment — and the effort to cover it up — could be a felony.

The Times notes that unlike federal charges, state charges brought by the D.A. would not be subject to presidential pardons. It also notes, however, that Vance has previously declined to pursue credible charges against the Trump family, a move which was widely criticized.