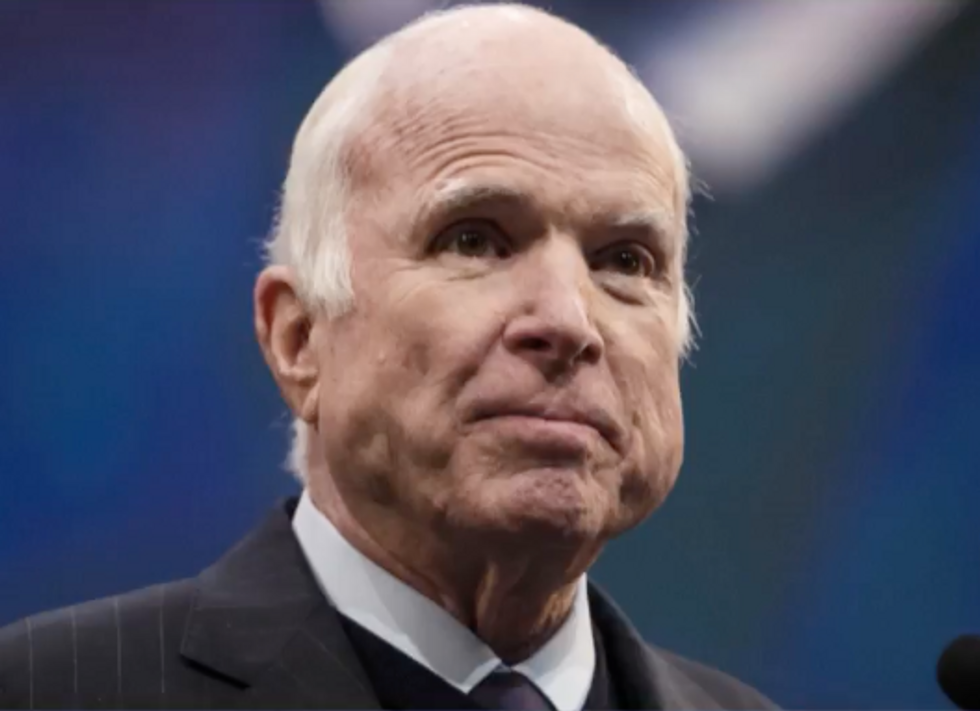 Sen. John McCain (R-AZ) has died at the age 81 after a battle with an aggressive form of brain cancer.

He served as a member of the U.S. Senate from 1987 until the time of his death.

McCain was frequently cited as an American war hero for his past endurance of torture as a prisoner of war in North Vietnam.

He ran against then-Senator Barack Obama in the 2008 presidential race. McCain offered a conciliatory concession speech upon his loss that praised the historic nature of Obama's win:

A century ago, President Theodore Roosevelt's invitation of Booker T. Washington to visit — to dine at the White House — was taken as an outrage in many quarters. America today is a world away from the cruel and prideful bigotry of that time. There is no better evidence of this than the election of an African-American to the presidency of the United States. Let there be no reason now for any American to fail to cherish their citizenship in this, the greatest nation on Earth.

McCain cast the deciding vote to save his former opponent's signature health care legislation in 2017 when President Donald Trump sought to overturn the legislation with his Republican majorities in both chambers of Congress.

The Arizona senator often referred to himself as a "maverick" in his own party, although his policies became more consistently conservative in his later years.

Trump had an ongoing feud with McCain at the time of his death that began with him attacking the senator for being captured during the war. He was banned from attending funeral services.

Instead, McCain invited President Barack Obama to make an address at his funeral.