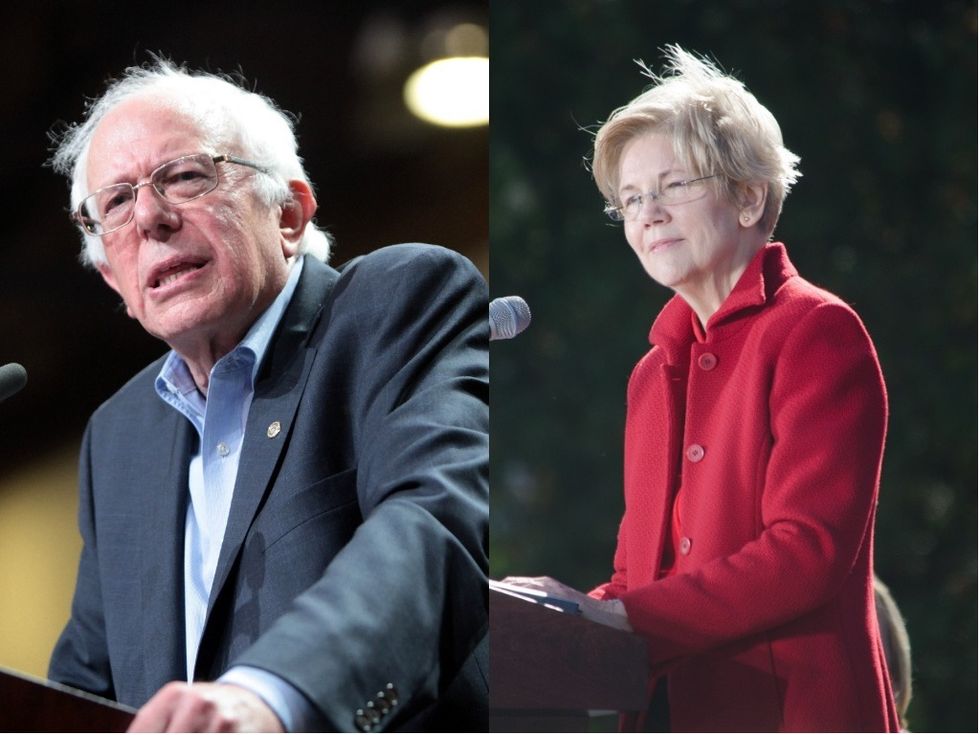 Sen. Elizabeth Warren (D-MA) and Bernie Sanders (I-VT) are two of the most prominent lawmakers seen as likely contenders for the 2020 Democratic presidential nomination. They are also both regarded as representing the left flank of the Democratic Party.

But as Warren makes clear in a new BuzzFeed profile, the Massachusetts senator sees some clear differences between herself and Sanders.

“He’s a socialist,” she says, “and I believe in markets.”

This distinction, however, is too strong. As Sanders has said on countless occasions, he is a "democratic socialist" — drawing a distinction with the pure label "socialist." While the meanings of both terms continue to be debated, Sanders has been remarkably clear on what he means. He believes democratic socialists advocate for policies like those carried out in Denmark and the other Scandinavian countries.

And Denmark continues to have a market-based economy. It simply has a robust welfare state, providing generous child care benefits, health care coverage, access to higher education, unemployment protections and other programs of the type Sanders advocates — as well as substantially higher taxes.

While Sanders' political vision often involves the creation or expansion of these kinds of benefits grounded in the government, Warren tends to focus on market reforms aimed to benefit average Americans. For instance, her latest proposal for reforming American corporate governance doesn't directly provide substantial benefits for people in the way expansion of Medicaid would. But by giving workers greater control within large corporations, it would — if it worked as intended — increase the wellbeing of millions by fostering a more generous and accommodating atmosphere for employees.

One of Warren's most notable accomplishments — the creation of the Consumer Financial Protection Bureau — is supposed to function similarly. The agency itself doesn't provide direct benefits to consumers, but by punishing firms that take advantage of people, it ideally incentivizes others to treat people fairly and allows the benefits of capitalism to be enjoyed by a wider swath of the population.

Warren's implication that Sanders doesn't believe in markets seems to be erroneous, given his admiration of Denmark. But it is true that you're unlikely to hear him sing the praises of market capitalism, for at least one very good reason: He clearly thinks the benefits of markets are exaggerated, while the benefits of major social programs are routinely overlooked.

It's not clear Warren would disagree with that. But their rhetorical differences are significant. Warren's perspective suggests she favors taking incremental steps, making compromises, and tinkering around with capitalism to make it function better — rather than risking everything on a massive government program that could be politically perilous or administratively burdensome.

For Sanders, his approach is clear. He's not going to eliminate markets, but he's not going to bet on them making people's lives better. With Sanders in the Oval Office, the motto would be: Go big government, or go home.