Here Are 8 of the Strangest and Most Shocking Moments from the Manafort Trial: 'There's Tears In Your Eyes' 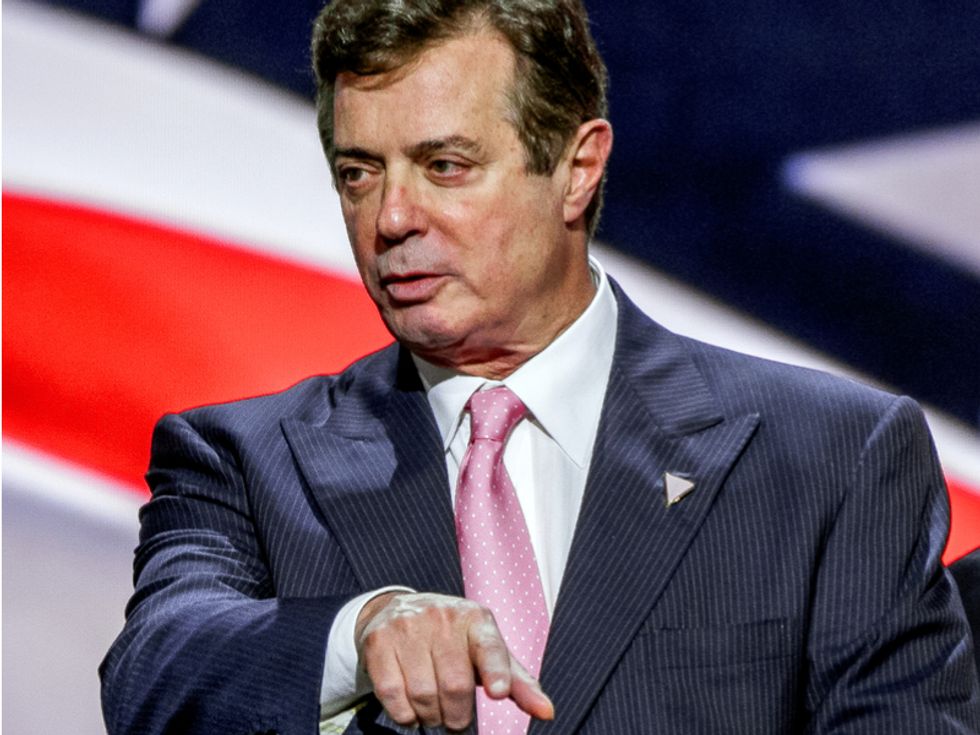 The trial of former Trump campaign manager Paul Manafort is entering Day Six today in Alexandria, Virginia, with federal prosecutors planning to obtain additional testimony from their star witness: Manafort’s former business partner, Rick Gates. Manafort is facing multiple federal counts of bank fraud and tax evasion, and when Gates took the stand for the first time around 4:15 p.m. EST on Monday, he offered elaborate details on their alleged crimes of the 2000s and 2010s. Gates has confessed to two felony charges as part of his plea bargain agreement with the team of special counsel Mueller, and Manafort’s defense attorneys have tried to paint Gates as a shameless, sleazy opportunist who will say anything to save his own skin.

Here are eight of the most memorable things—from wacky and crazy to downright shocking—that have occurred in the Manafort trial so far.

1. Judge Ellis Orders Attorneys to “Rein In Your Facial Expressions”

Judge T.S. Ellis III is not fond of either prosecutors or defense attorneys rolling their eyes in the courtroom, and he has let both sides know how he feels about eye-rolling. Ellis told attorneys, “It’s been reported to me that lawyers on both sides, upon leaving the bench, roll their eyes—communicating to those who are watching them, essentially, ‘Why do we have to put up with this idiot judge?’” And the judge went to on to order the attorneys to “rein in your facial expressions.”

During his testimony on Monday, Gates described Manafort as “probably one of the most politically brilliant strategists I’ve ever worked with.” Manafort’s political activities were not limited to the U.S. by any means: government prosecutors are alleging that he evaded taxes on $15 million worth of income earned while promoting former Ukrainian President Viktor F. Yanukovych. And yesterday, Gates testified that him and Manafort had no less than 15 foreign accounts that they did not report to the U.S. government—which both of them knew was illegal. Gates testified that Manafort “requested I make wire transfers from the foreign accounts” and that “at Mr. Manafort’s request,” the two of them “did not disclose the foreign bank accounts” to the U.S. government.

3. Prosecutors Urge Star Witness to Offer Elaborate Details of His Own Crimes

During his testimony, star witness Gates has been very up-front about his own activities—testifying that he lied to the FBI, defrauded the U.S. government, falsified documents to banks, laundered money, lied in a deposition and was guilty of all the fraud and tax evasion charges he was accused of. Gates (who agreed to around five years in prison and perhaps probation as part of the plea agreement) even mentioned that he violated bail conditions by coming home 15 minutes late one night. And there was a reason why prosecutors wanted Gates to paint himself in such a negative light on the witness stand: they wanted to get everything out in the open and demonstrate that at this point, Gates is hiding nothing and is coming clean about his crimes. The prosecution has tried to demonstrate Gates’ credibility as a witness, which Manafort’s attorneys have been attacking.

4. Manafort Defense Attorney Says Gates “Had His Hand in the Cookie Jar”

There is an old saying that “there is no honor among thieves,” and one of the many things Gates has confessed to is using falsified expense reports to embezzle hundreds of thousands of dollars from Manafort’s company—embezzlement that both federal prosecutors and Manafort’s defense have acknowledged during the trial. However, they have acknowledged it in different ways. Prosecutors brought it up to paint Gates as being up-front and forthcoming about his criminality; Manafort’s defense brought it up to attack Gates’ credibility, paint him as untrustworthy and paint Manafort as Gates’ victim. Thomas Zehnle, one of Manafort’s attorneys, told the court, “Rick Gates had his hand in the cookie jar, and he couldn’t take the risk that his boss might find out.” The prosecution, however, has maintained that while Gates committed embezzlement, that doesn’t make Manafort any less guilty of the crimes he’s accused of.

During Manafort’s trial, Greg D. Andres and other prosecutors have tried to illustrate the corrupt nature of the Ukrainian politicians and oligarchs Manafort worked with—and Judge T.S. Ellis has discouraged such testimony. When Andres tried to elicit testimony about the oligarchs’ backgrounds and why they paid Manafort millions of dollars for his political advice, Ellis urged Andres to “go to the heart of the matter.” And Andres, frustrated, replied, “Judge, we have been at the heart of the matter.”

6. Judge Ellis Accuses Prosecutor of Crying in the Courtroom

Andres has become frustrated more than once during the trial, but according to Judge Ellis, he was not only frustrated—he was crying in the courtroom. Ellis told Andres, “I understand how frustrated you are. In fact, there’s tears in your eyes right now.’’ And when Andres responded that he didn’t have tears in his eyes, the judge replied, “Well, they’re watery.” Ellis also ordered Andres to “look at me when you’re talking to me,” and the prosecutor—evidently concerned that he would be accused of eye-rolling—responded, “I don’t want to get in trouble for some facial expression. I don’t want to get yelled at again by the court for having some facial expression when I’m not doing anything wrong, but trying my case.’’

On Monday, another witness for the prosecution—former Manafort accountant Cynthia Laporta—testified that in 2006, Manafort received a $10 million loan from Russian oligarch Oleg V. Deripaska, who had close ties to Russian President Vladimir Putin. Laporta testified that she saw no evidence that the loan was ever repaid.

8. Judge Ellis Discourages Use of the Word “Oligarch”

The term “oligarch” has been used countless times by journalists in connection with Manafort’s trial and the politicians and businesspeople he worked with in Eastern Europe. Ellis, however, has asked attorneys to refrain from using the word “oligarch”— which he considers prejudicial—to describe any of Manafort’s Ukrainian clients. By that standard, Ellis told the court, Charles Koch and George Soros would be considered oligarchs.