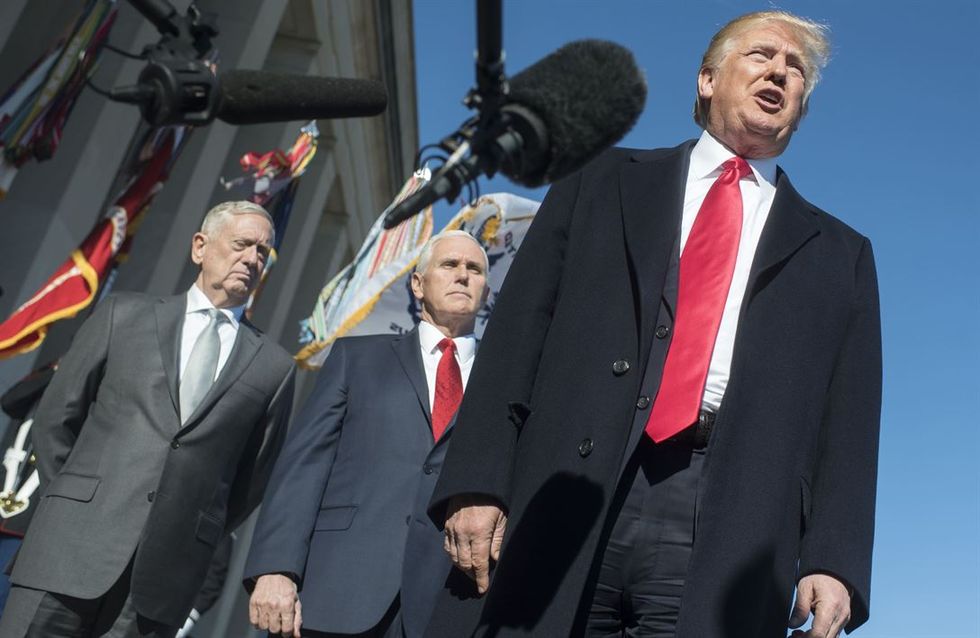 Republican Charles J. Sykes, author of How the Right Lost Its Mind and one of President Donald Trump’s vocal critics on the right, recently described the Trump era as one of “corruption and cruelty” — summing it up perfectly. There has been no shortage of cruelty under Trump’s presidency, from his immigration policy and the separation of families at the border to efforts to deprive 23 million Americans of health insurance (which, according to the Congressional Budget Office, would have happened had the GOP’s American Health Care Act of 2017 not been defeated in the U.S. Senate).

And Trump is turning out to be, hands down, the most scandal-ridden American president since Richard “Watergate” Nixon. But at least Nixon, for all his corruption, had some positive attributes: he favored universal health care, expanded Medicare and was partly responsible for the creation of the Environmental Protection Agency (EPA).

Here are five of the worst scandals of the Trump era:

1. The Prosecution and Trial of Paul Manafort

Before the shameless opportunist Kellyanne Conway became Trump’s campaign manager during the summer of 2016, his campaign manager was veteran political operative Paul Manafort — who is presently on trial in a federal courtroom in Alexandria, Virginia and is facing multiple counts of bank fraud and tax evasion. Federal prosecutors are alleging that Manafort evaded taxes on $15 million worth of income he earned while promoting former Ukrainian President Viktor F. Yanukovych.

Manafort isn’t the only person from Trump’s 2016 campaign who has faced criminal charges. The prosecution’s star witness in Manafort’s trial has been Rick Gates, former Trump campaign aid and Manafort’s former business partner. Gates agreed to testify against Manafort in exchange for a more lenient sentence, and during his testimony, Gates admitted to a long list of criminal activities — including money laundering, defrauding the U.S. government and falsifying documents to banks. And Gates, demonstrating that there is no honor among thieves, also admitted to embezzling hundreds of thousands of dollars from Manafort’s company.

During the Monica Lewinsky scandal of the late 1990s, numerous Republicans and Christian Right theocrats insisted that Bill Clinton had disgraced the presidency by having an extramarital affair with a White House intern. But the Trumpistas and theocrats of 2018 have no problem with allegations that Trump had extramarital affairs with adult film star Stormy Daniels and Playboy model Karen McDougal and paid both of them hush money to keep quiet. In July, Lanny Davis — a lawyer for Trump’s former attorney, Michael Cohen—gave CNN a recording in which Trump and Cohen are heard discussing ways to buy McDougal’s silence.

On July 9—just before Trump visited the U.K.—the BBC began airing an investigative series titled “Trump: Is the President a Sex Pest?,” which contains interviews with women who had unpleasant memories of their encounters with Trump in the past. One of them was Barbara Pilling, a model who met Trump at a party in New York City in the 1980s. Pilling was 17 at the time, and she alleged to the BBC that when Trump found out her age, he responded, “Oh, great. So you’re not too old and not too young. That’s just great.”

5. Michael Flynn Confesses to Making False Statements to the FBI

In 2016, Michael T. Flynn was reportedly being considered as a running mate for Trump, who ended up choosing Indiana Gov. Mike Pence instead. Nonetheless, Flynn was heavily involved in Trump’s campaign, advising him on military and national security matters—and after Trump was sworn in as president in January 2017, he became the administration’s national security advisor. But Flynn didn’t last long in the position. The retired U.S. Army lieutenant general was disgraced when it came to light that he had inappropriately accepted thousands of dollars from Russian interests. However, Flynn eventually agreed to cooperate in Special Counsel Robert Mueller’s investigation into Russian interference in the 2016 election—and in December 2017, Flynn pled guilty to lying to the FBI about conversations he had with Russian Ambassador Sergey I. Kislyak in December 2016 (when Obama was still in office). Flynn and Kislyak allegedly discussed, among other things, U.S. sanctions against Russia.