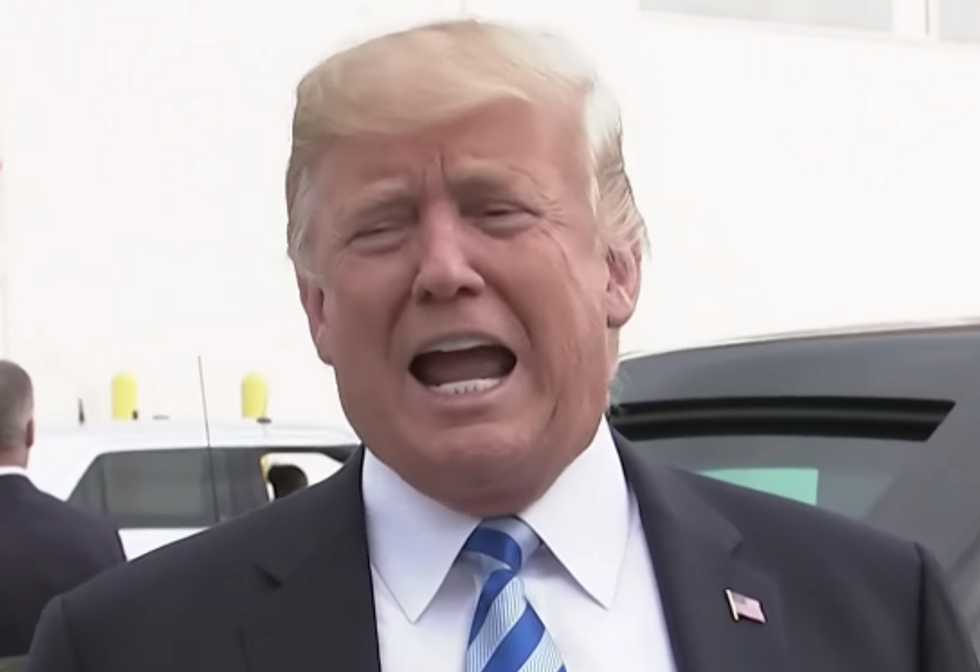 Legally, this has been a terrible week for people in President Trump’s orbit. On August 21—the same day that Trump’s former campaign manager, Paul Manafort, was found guilty of eight felony counts—his former personal attorney, Michael Cohen, pled guilty to eight felony charges. And this is on top of reports that White House Counsel Don McGahn is cooperating with Special Counsel Robert Mueller in his Russia-related investigation and spent 30 hours talking to him. Further, Manafort’s second trial on a different set of felony charges is scheduled to begin on September 17.

During his 2016 presidential campaign, Trump promised to “drain the swamp” if elected—meaning that he would clean up the corruption and cronyism in Washington, DC. But Trump is proving to be, hands down, the most scandal-ridden president since Richard Nixon, who resigned in disgrace in 1974 because of the Watergate scandal.

Here are five of the most scandal-ridden people in Trump’s orbit.

Rick Gates, who served as a campaign aid for Trump in 2016, spent many years as Paul Manafort’s business partner—and he was also the prosecution’s star witness in Manafort’s recent trial. Gates was facing multiple felony charges for his activities with Manafort in Eastern Europe, but he agreed to testify against his former business partner in exchange for a more lenient sentence. And during the trial, Gates provided extensive testimony on his own criminal activities—which included, among other things, money laundering, falsifying documents to banks and defrauding the U.S. government. Gates testified that he knowingly violated federal law by failing to disclose to U.S. authorities 15 foreign bank accounts he had with Manafort. And Gates, proving that there is no honor among thieves, also testified that he extorted thousands of dollars from Manafort’s company.

Michael Flynn, a retired U.S. Army lieutenant general, was a military and national security advisor on Trump’s presidential campaign in 2016—and reportedly, he was considered as a possible running mate for Trump (although Indiana Gov. Mike Pence was chosen instead). And in early 2017, after Trump was sworn in as president, Flynn became his administration’s national security advisor. However, Flynn wasn’t in the position for very long. It was revealed that Flynn accepted, inappropriately, thousands of dollars from Russian interests. Nonetheless, he agreed to cooperate in Mueller’ Russia-related investigation, and in December 2017, he pled guilty to lying to the FBI about his December 2016 conversation with Russian ambassador Sergey I. Kislyak. On August 21, Mueller’s team requested a postponement of Flynn’s sentencing “due to the status of the investigation”—and U.S. District Court Judge Emmet Sullivan granted the request.

In October 2017, George Papadopoulos—who has been a foreign policy advisor for Trump’s 2016 campaign—pled guilty to lying to investigators in Mueller’s Russian-related probe. And Mueller has recommended that Papadopoulos be sentenced to six months in prison. According to Mueller’s team, Papadopoulos lied to investigators “about critical facts in an investigation of national importance after having been explicitly warned that lying to the FBI was a federal offense. The nature and circumstances of the offense warrant a sentence of incarceration.”

Between Cohen and Manafort, there were a total of 16 convictions and guilty pleas on August 21. The eight felony charges that Cohen pled guilty to included tax fraud, making false statements to a bank and campaign finance violations. Trump’s former personal attorney and “fixer” is believed to have paid hush money to two women Trump allegedly had extramarital affairs with: adult film star Stormy Daniels and Playboy model Karen McDougal. Former New York City Mayor Rudy Giuliani, now Trump’s personal attorney, has asserted that there is “no allegation of any wrongdoing” on Trump’s part in the charges against Cohen. But Lanny Davis, one of Cohen’s attorneys, told ABC News, “Today, (Cohen) stood up and testified under oath that Donald Trump directed him to commit a crime by making payments to two women for the principal purpose of influencing an election. If those payments were a crime for Michael Cohen, then why wouldn’t they be a crime for Donald Trump?”

Altogether, Paul Manafort faced 18 felony charges during his recent trial in Alexandria, Virginia. Judge T.S. Ellis III declared a mistrial on ten of those charges when the jury was unable to reach an agreement on them, but the eight that Trump’s former campaign manager was convicted of on August 21 included two counts of bank fraud, five counts of tax fraud and one count of failing to file a report of foreign bank accounts. And this isn’t the end of Manafort’s legal woes: his second federal trial is scheduled to begin in Washington, DC on September 17, when he will be facing charges of obstruction of justice, money laundering and failing to register as a foreign agent.