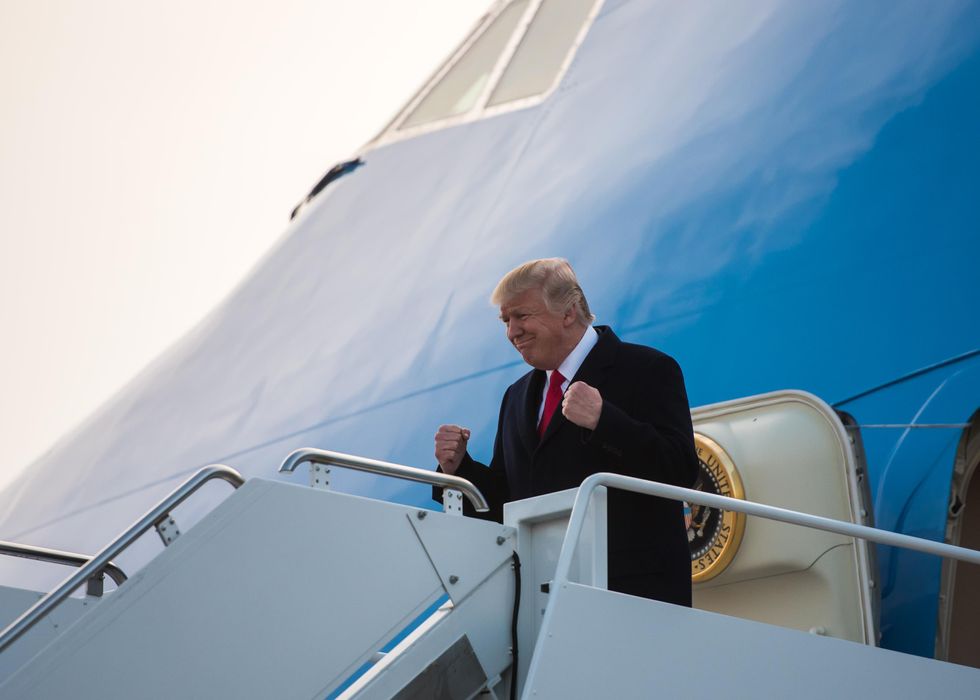 Even as president of the United States, Donald Trump is still being excluded from the elite circles that he has always wanted to join. And as conservative Washington Post columnist Jennifer Rubin explained in a recent piece, this fundamental insecurity helps explain why he is utterly incapable of responding to events like the death of Sen. John McCain (R-AZ) with the dignity demanded by his office.

"This is what comes from electing someone emotionally and intellectually incapable of seeing beyond his own emotional needs or understanding the moral authority a normal president enjoys by fulfilling the role of head of state," she wrote. "Trump’s lack of decency, civility and respect for others’ accomplishments prompt him to attack Americans (especially minorities) who disagree with him; in turn, Trump’s conduct provokes honorable people to shun the president."

She notes that this also explains Trump's outburst today about Google search results, which he claims are supposedly hiding good news from the public. This random outburst may even drive future policy.

"A man such as Trump, who is so consumed with his own social media popularity, so willing to bludgeon companies (including media companies) that don’t pay homage, and so eager to fan divisions by pitting his followers against their fellow Americans, cannot “rise to the occasion,” especially when it means honoring someone else," Rubin continued.

Trump's pathetic desire for attention and praise would almost be pitiable, she argued, were he not so cruel and amoral.

"Trump’s fatally flawed character, temperament and intellect cripple his ability to do the simple tasks every predecessor of his was able to perform," she continued. "These irreparable shortcomings land him in one humiliating predicament after another — and perhaps ultimately in the arms of prosecutors. Having attained the highest office in the land, he remains the pathetic grasper from Queens with his nose pressed up against the establishment window."