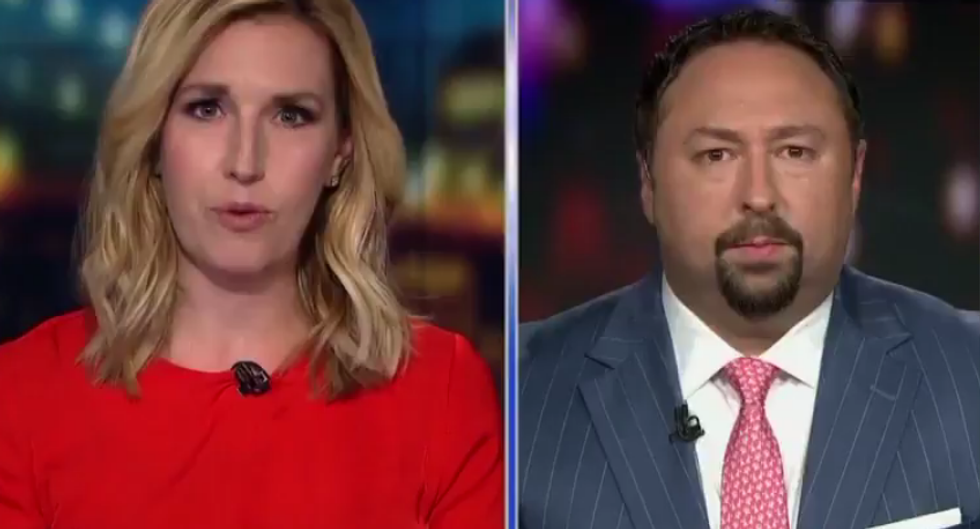 President Donald Trump had one of the most disastrous days of his presidency on Tuesday. Both his former attorney and former campaign manager are now heading to prison and the president himself was potentially implicated in at least some of their crimes.

On CNN's "OutFront," former Trump campaign communications adviser Jason Miller tried to downplay the magnitude of the problem. But host Poppy Harlow cut through his spin.

"Well, this is obviously a pretty bad day for the team," Miller said. "But I think it's also important to keep things in mind when it comes to the full context. I mean, so far, we've only heard, when it comes to Michael Cohen, one side of the story. And the one side of the story that we've heard so far is from someone who is now an eight-time felon who did not pay their taxes for five years. And I think it's also important to keep in mind that this is someone who is supposed to be the president's lawyer, and what lawyers are supposed to do is tell you where the very clear, bright lines are about how you're supposed to go forward and operate within the construct of the law. And so you have someone who is clearly not able to operate in the legal, ethical standards, and then also is not able to give you very good legal advice."

"I think that when the president and his legal team come forward and tell their side of the story, I think you're going to see that this is far from being over," said Miller, adding quickly, "But to your original point, yes, these are very serious allegations. I don't want to seem dismissive."

"Okay, two points," said Harlow. "First, the legal team already has set out the president's side of this. Secondly, as recently as June 15th, the president called Michael Cohen a 'good guy.' And frankly, Jason, it sounds like a man running for the highest office in the land, to be leader of the free world, doesn't need to know about campaign finance laws, it's up to his lawyer to tell him if it's right or wrong? I mean that he doesn't need to know, perhaps, that it's wrong to request hush money payments to a porn star and a former Playboy Playmate of the year, to mislead the American people? Is that what you're saying?"

"Well," said Miller, "what I'm saying here is that a lawyer, in a situation like this — again, I'm learning about this from the public reports, as I don't have any inside knowledge into this, and so I know the same amount of information here that you do — is the fact that Michael Cohen, from the information we're getting today, is portraying this image as if he were some poor, hapless sap who was basically just taking direction from the president in implementing some sort of course of action. And I think to go and say, as a lawyer, that he just took some course of action, went and did some action illegally, I think that's really a stretch for a lawyer who's supposed to be in good standing to try to act as if, oh, woe is me, I just happened to be here. I think that's really going to be tough to prove in a court of law. That's my take from reading these public reports."

"I think when the President and his legal team come forward and tell their side of the story I think you are going… https://t.co/cA0nPIIJvW
— OutFrontCNN (@OutFrontCNN)1534897381.0

Harlow demonstrated the laughable weakness of Miller's argument. Whether or not Cohen is a sleazy lawyer — and that is abundantly clear — it does not excuse the fact that Trump put himself in a situation where he had potential extramarital sex scandals, and was willing to dish out hush money in an elaborate and illegal scheme to cover them up.

It is now all but impossible for those in Trump's camp to find an excuse for his behavior anymore.