Law professor explains how grand juries work — and why Jan. 6 prosecutors are relying on them

Grand juries play a major role in the U.S. criminal justice system. And they’re very much in the news these days.

A grand jury in Fulton County, Georgia, is looking into former President Donald Trump’s efforts to overturn the 2020 presidential election results in that state. Among the latest witnesses to give testimony to the grand jury was Georgia Gov. Brian Kemp.

In Washington, D.C., the U.S. Justice Department is in the middle of an investigation into efforts to overturn the 2020 election, and it is questioning witnesses before a grand jury as well. Most recently, two top aides to former Vice President Mike Pence were questioned in that probe.

A grand jury does not mean that the investigation will lead to any formal criminal charges, which are known as indictments. There was a grand jury that issued subpoenas during the investigation into Hillary Clinton’s email server, for example, but no one was charged with any crimes.

In order to understand grand juries and their work, I offer the following explanation of how federal and state grand juries are used in the U.S.

The Fifth Amendment to the U.S. Constitution provides the legal basis for grand juries. In federal criminal cases, federal grand juries are made up of 16 to 23 members. They decide whether to indict someone who is being investigated, and at least 12 grand jurors need to agree to issue an indictment.

In addition to considering whether individuals may have committed a crime, a grand jury can also be used by a prosecutor as an investigative tool to compel witnesses to testify or turn over documents. Reports indicate that Special Counsel Robert Mueller used a grand jury for the latter when he investigated whether there was collusion between former President Donald Trump’s election campaign and Russia to influence the 2016 election. 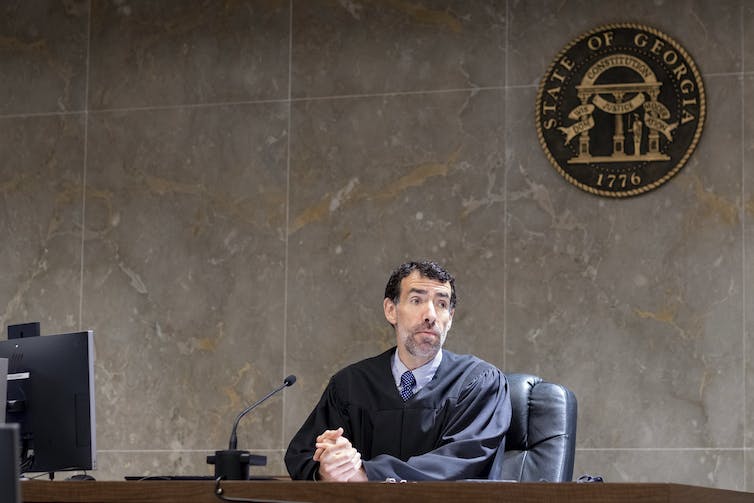 Fulton County Superior Court Judge Robert McBurney instructs potential jurors during proceedings to seat a special purpose grand jury in Fulton County, Georgia, May 2, 2022, to look into attempts to overturn the results of the 2020 election.

Makeup of a grand jury

Grand jurors are usually chosen from the same jury pool as trial jurors. For a federal grand jury, all U.S. citizens over the age of 18 living in the federal district court’s geographic jurisdiction are in the pool.

Next, prospective grand jurors are screened, usually through questionnaires.

To be a member of a federal grand jury, a person has to be adequately proficient in English, have no disqualifying mental or physical condition, not be currently subject to felony charges punishable by imprisonment for more than one year and never have been convicted of a felony (unless civil rights have been legally restored). The court then randomly chooses candidates for the grand jury from this pool.

Work of the grand jury

In all felony cases, there must be a “probable cause determination” that a crime has been committed in order for a case to move forward to a trial or a plea. “Probable cause” means that there must be some evidence of each element of the offense.

Most people whose cases go to the grand jury have already been arrested. These include all of the cases in which a person is arrested while committing a crime or shortly after the crime has been committed.

Subpoena power means the prosecutor can compel witnesses to turn over documents and to testify. If the prosecutor obtains sufficient evidence of a crime, the same grand jury has the power to indict whomever it believes has committed a crime. 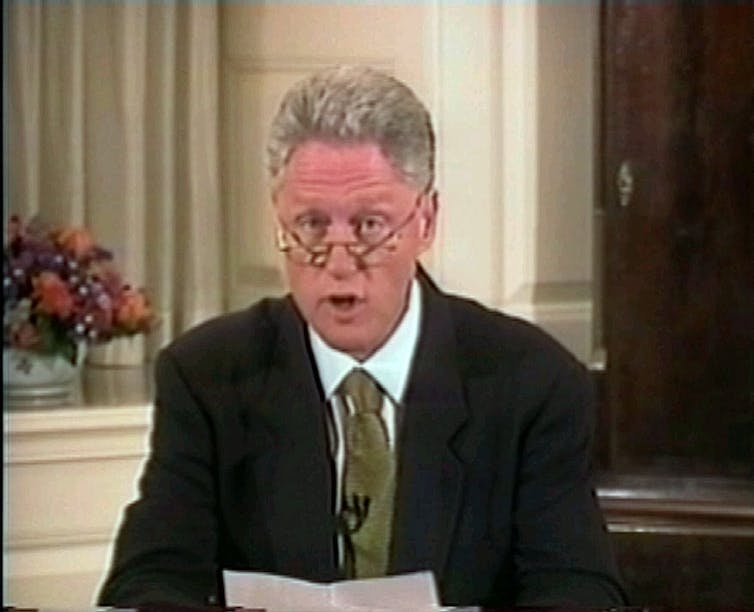 In some high-profile cases, witnesses subpoenaed to appear before the grand jury will talk to the press if they think it will be helpful to them. For example, when former President Bill Clinton testified before a grand jury during the investigation into Whitewater real estate investment and the affair with Monica Lewinsky, he went on national television and announced that he had testified.

The secrecy of a grand jury presents some dangers. The defendant does not know the evidence being considered, does not have a right to be present, and cannot question the evidence early in the criminal justice process.

As a result of the secrecy, the grand jury can also end up being a tool of the prosecution, and the prosecutor can choose to withhold evidence that is favorable to the accused. That is why a former chief judge of the New York Court of Appeals, the highest court in New York, famously said that a prosecutor could get a grand jury “to indict a ham sandwich.”

These types of dangers are always present during any grand jury, and getting a grand jury to issue an indictment may be easy. But in high-profile cases, like the Russia connection to the Trump presidency and possibly the current investigation into Trump’s efforts to overturn the election results in Georgia, proving wrongdoing beyond a reasonable doubt through a trial or a negotiated guilty plea usually proves much more difficult.

This is an updated version of a story originally published on Aug. 7, 2017.