'There must be consequences': Democratic leaders demand Boebert's removal from committees 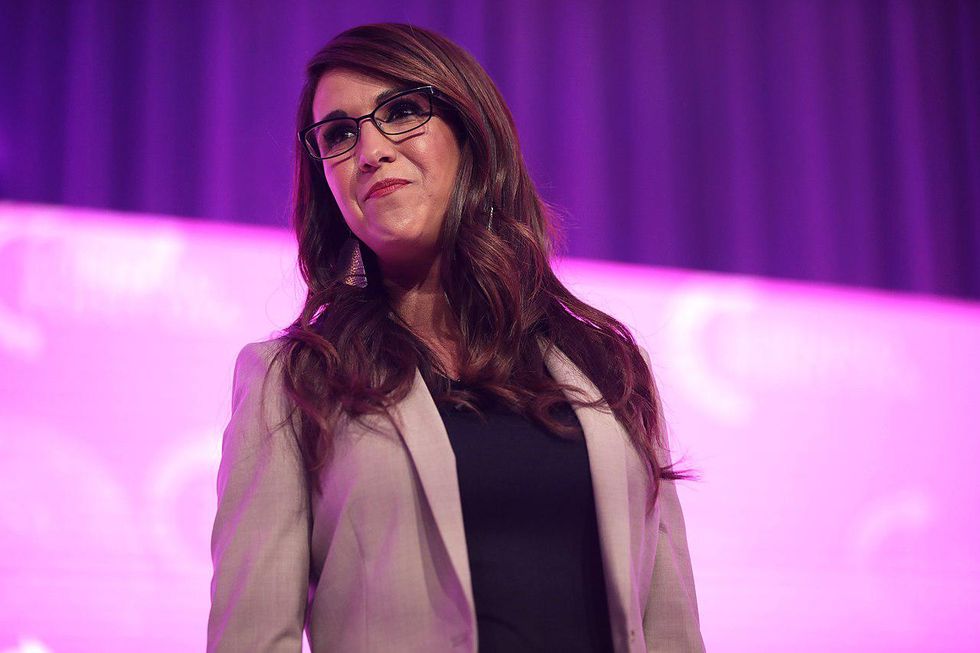 Democratic House caucus leaders are demanding that Rep. Lauren Boebert be removed from her committee assignments following racist remarks she made about Rep. Ilhan Omar, condemning the Colorado Republican for putting the progressive Democrat and Muslims across the U.S. in danger.

"Republican Leader Kevin McCarthy has absolutely failed in leading his caucus to condemn hatred and bigotry, much less to maintain any basic standards of decency within the halls of Congress," said the Democrats. "He is unwilling or unable to control his own members from inciting violence against other members of Congress or encouraging bigotry and hatred. If he cannot lead his own caucus, he certainly will never be able to lead the House of Representatives."

As Common Dreams reported last week, Boebert released a video in which she was seen falsely claiming that Omar, who is Somali-American, was mistaken for a suicide bomber by Capitol Police and calling Omar a member of the "jihad squad."

Amid warnings that such rhetoric directly endangers Muslims in the U.S., Boebert refused to publicly apologize for her remarks, instead demanding in a phone call with Omar that the Minnesota Democrat apologize for her so-called "anti-American" rhetoric.

On Tuesday, Omar shared at a press conference that following Boebert's incendiary remarks, she received a violent death threat on her voicemail in which the caller said, "You will not live much longer."

Nearly a week after Boebert shared the video, McCarthy has not condemned her comments. The Republican leader was widely criticized in November after Rep. Paul Gosar (R-Ariz.) shared an animated video that depicted him killing Rep. Alexandria Ocasio-Cortez (D-N.Y.)—to which McCarthy responded only with a brief statement that Gosar "took the video down and he made a statement that he doesn't support violence to anybody."

Gosar was ultimately censured by the House and stripped of his committee assignments, with only two Republicans voting with the House Democrats in support of the move.

"It should not be a partisan issue to condemn the explicit harassment and dangerous abuse of a colleague based on their religion, but this is the level to which the GOP leader and too many members of the Republican party have sunk," wrote the caucus chairs. "In refusing to hold his membership accountable, Representative McCarthy condones this hatred and the danger it incites."

The chairs' statement followed a press conference in which Rep. Hakeem Jeffries (D-N.Y.) pointed to Gosar's and Boebert's videos as well as Rep. Marjorie Taylor Greene's (R-Ga.) use of the term "jihad squad," which she used to refer to Omar, Ocasio-Cortez, and other progressive people of color in the House.

.@RepJeffries: "Why isn't the Republican conference going to act on this? What more does Kevin McCarthy need to see? He's got Marjorie Taylor Greene completely out of control. Gosar out of control. Lauren Boebert out of control." http://hill.cm/sYswdq7\u00a0pic.twitter.com/zeBJUAXS7I
— The Hill (@The Hill) 1638413160

"Why isn't the Republican conference going to act on this?" said Jeffries. "What more does Kevin McCarthy need to see?"