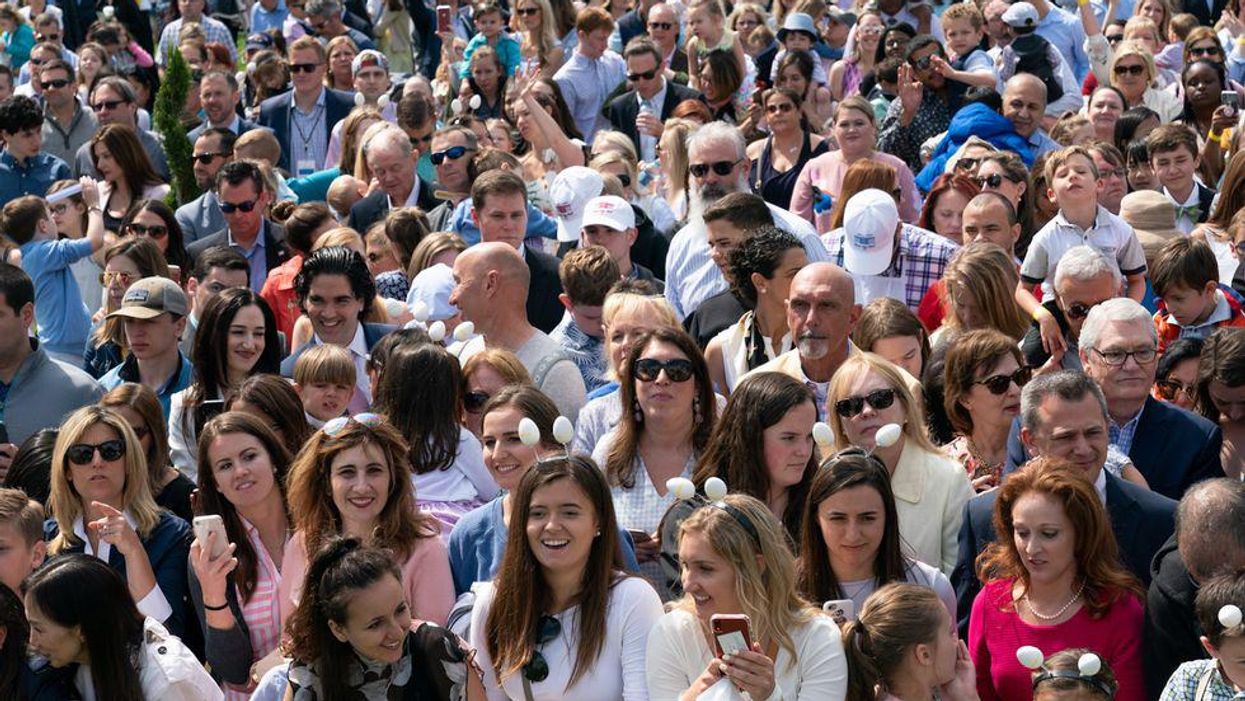 If you put all Americans in a bag, shake us up and pull one of us out, the odds are that you will pull out someone who identifies as white. That has held since the nation's founding. However, sometime in the middle of this century — in a mere two decades — it will no longer hold. At that time, America will be a majority-minority country.

The exact date, the tipping point, tends to change based upon the latest figures. In 2018, William H. Frey, senior fellow at the Brookings Institution, wrote that the United States would become "minority white" in 2045, according to census projections at the time. "During that year," he wrote, "whites will comprise 49.7 percent of the population in contrast to 24.6 percent for Hispanics, 13.1 percent for blacks, 7.9 percent for Asians and 3.8 percent for multiracial populations."

This is a demographic change few would have anticipated in the mid-20th century. How we talk about this change – its social, cultural, and political implications – can be called the majority-minority narrative. Unfortunately, we are not talking about it enough.

Threat responses
Yale psychology professor Jennifer Richeson is one of the leading researchers in what can broadly be termed intergroup relations. In a summary published in 2017 of her work and others, Richeson wrote that white Americans who are threatened by a more diverse nation express support for more conservative policies, less support for diversity, and more racial resentment:

This emerging work suggests that anticipated growth in minority groups is perceived as threatening to whites' current status as the dominant racial group in the United States, which, in turn, triggers in-group-protective and, often, out-group antagonistic attitudes, policy support and behavior.

This dynamic is not unique to white people. This is a human response to perceived threats. It is, in the abstract, a reaction to the belief that an out-group is gaining in power and status and one's in-group is losing power and status. Thus, Richeson cites research showing that in Black neighborhoods, a growing Latino population perceived to have economic advantages is met with negative attitudes by black people.

But the main concern is how this dynamic will impact the white population for obvious reasons. They are the largest racial group and control most of the resources and authority positions in society.

The average person can intuit this dynamic without rigorous research. It's just common sense. If a white person identifies as "white people" being their in-group and then perceives that non-white people are being centered in society and occupying more positions of authority, they may feel threatened. They may feel they are losing something in terms of power and privilege. This would then lead to advocacy of policies that reduce this threat.

We see this already with voter suppression and anti-immigrant policies from conservative state legislatures. If we are seeing this now, what will happen when America becomes a majority-minority country? Will it be mainstream for white politicians and white people to begin advocating openly for "pro-white" policies? Will we have interethnic conflict? This is apocalyptic. But we're not talking about it.

Saying the loud part in quiet
We have all heard the expression "saying the quiet part out loud." It describes a situation in which someone voices an ulterior motive or says something meant to be kept secret in a public space (a compilation of Republicans saying the quiet part can be found here.)

The opposite of this would be voicing that secret thing, and no one responds. They hear it but pretend they don't, because it is such a horrible thing to talk about. It is saying the loud part in quiet.

Jennifer Richeson and other scholars who are studying the threat responses of whites in response to the majority-minority narrative are saying the loud part in quiet. People hear her, but say nothing.

I suspect that most people hear themselves think about it as well. Maybe it is too icky, too unpleasant to dwell on. Maybe, as is often the case with white Americans, they may wish to imagine they are colorblind. Talking about this would therefore violate that cherished myth. Whatever the reason, there is collective silence on this issue.

Tucker Carlson was rightly called out for his endorsing of "white replacement theory" — the idea that non-European immigrants are being brought into the country to replace white Americans. Tucker Carlson notwithstanding, these demographic changes are rarely spoken about openly in conservative spaces. Instead, they are communicated through dog-whistles. When people say things like taking "our" country back, the "our" means white Americans. Making America Great Again is about making it great for white folks, and so on.

In liberal spaces, when the topic is discussed at all, a more favorable narrative is preferred over one of a potential crisis. The narrative attached to majority-minority is that of a benign statistical oddity, if not a positive development in America's quest to be a melting pot.

More sophisticated analyses in liberal spaces point to the fluidity and complexity of race and of racial categorization. A simple binary of white/non-white obfuscates more than it enlightens, the argument goes. More people are identifying as multiracial, what it means to be white changes with time. (Hispanic Americans increasingly identify as white, and the rates of intermarriage are growing exponentially.) This is the case put forth in a recent opinion piece in the New York Times by George Mason University political scientist Justin Gest.

City University of New York sociologist Richard Alba is one of the more forceful voices on the subject. Alba wrote The Great Demographic Illusion in 2020, which summarized his arguments, and has appeared on several media outlets discussing the complexity of racial categorization in America. Talking about America in terms of a future majority-minority country is a divisive myth, according to Alba. In an essay for The Atlantic, Alba and co-authors wrote:

The majority-minority narrative contributes to our national polarization. Its depiction of a society fractured in two, with one side rising while the other subsides, is inherently divisive because it implies winners and losers. It has bolstered white anxiety and resentment of supposedly ascendant minority groups, and has turned people against democratic institutions that many conservative white Americans and politicians consider complicit in illegitimate minority empowerment.

For Justin Gest and Richard Alba, the loud part should never be heard. It is a myth and shouldn't even be said as it creates division.

We must talk openly
I am sympathetic to their arguments, and I suspect they are more right than wrong. However, the empirical reality that Gest and Alba describe is separate from the narrative and the feelings of threat it generates.

In other words, regardless of what is actually happening in society, conservative thought leaders will generate a narrative that plays on the fears of their white base. They are already doing it and there is no reason to suspect that they will change course simply because a few well-meaning academics want them to be more accurate.

Moreover, white Americans, from across the political spectrum, are not blind to the fact that the look of America has changed drastically in the past 40 years. Theoretical understandings of the fluidity of whiteness and statistics about rising rates of intermarriage or people checking boxes as multiracial will not be enough to assuage their fears.

They can look out of their window and see that the neighborhood they used to know has gotten browner, and they don't feel as comfortable walking across the street and asking for a cup of sugar. Even the most racially progressive people may succumb to this "threat."

To combat a damaging narrative, we must talk about it. We must say the loud part not in quiet, but in spaces where it's heard and discussed. Put it out there. Then address the concerns of people.