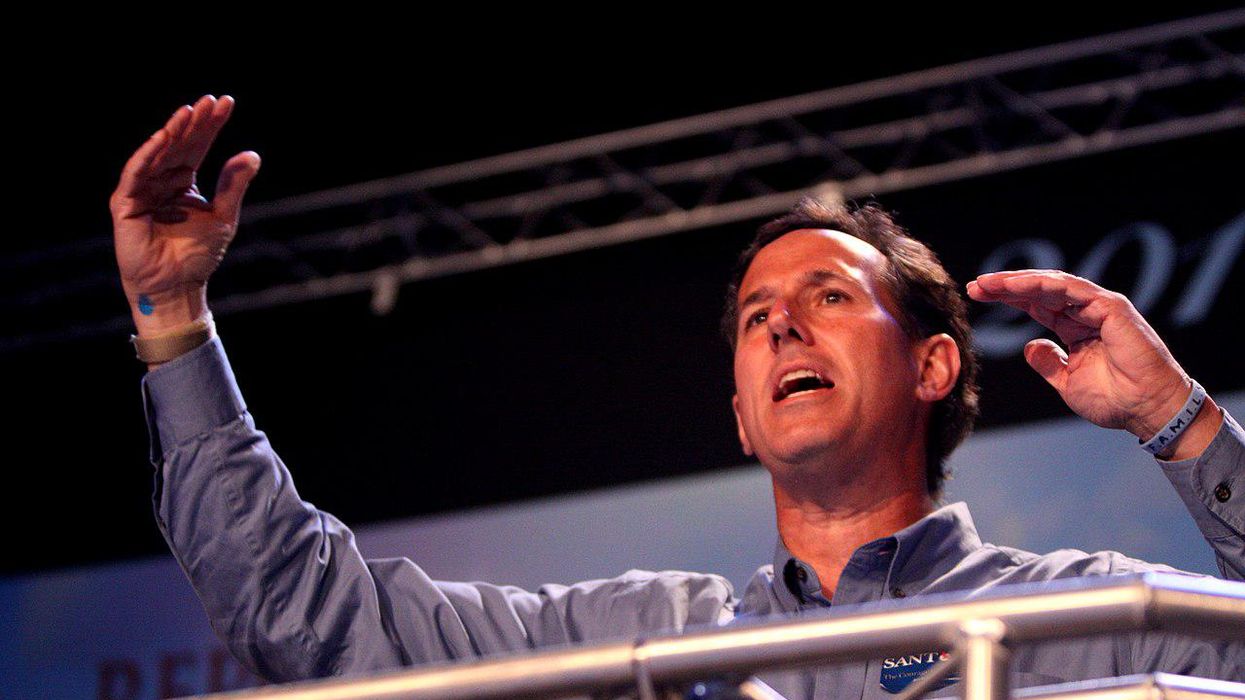 When a reporter recently asked Gov. Greg Abbott to address the fact that Texas' draconian new anti-abortion law makes no exception for rape or incest victims, his bizarre response was that the law doesn't punish rape victims because Texas will "work tirelessly" to "eliminate all rapists" in his state. Abbott has drawn widespread criticism for that comment, and some of the criticism has come from the progressive group MeidasTouch — which, this week, released a scathing video showing some of the appalling things that Republicans have said about rape in the past.

Tweeting the video, MeidasTouch urged Twitter users to retweet it if they "agree the GOP are the most despicable force for evil in America" — and the comments from Republicans are, to be sure, despicable.

One of the comments is from former Rep. Todd Akin, who former Democratic Sen. Claire McCaskill (now an MSNBC contributor) defeated in Missouri's 2012 U.S. Senate race before losing to now-Sen. Josh Hawley in 2018. Akin, in 2012, infamously commented, "If it's a legitimate rape, the female body has ways to try to shut that whole thing down."

📺 NEW VIDEO Retweet if you agree the GOP are the most despicable force for evil in America. #DespicableGOP https://t.co/DCupHvmnt9
— MeidasTouch.com (@MeidasTouch.com) 1631660310.0

Former Sen. Rick Santorum of Pennsylvania, who was voted out of office in 2006, is seen in the video urging rape victims to "make the most of a bad situation" and "accept what God is giving to you."

Former Indiana State Treasurer Richard Mourdock, in the video, says of pregnant rape victims, "Even when life begins in that horrible situation of rape, it is something that God intended to happen."

The video shows former Rep. Steve King of Iowa commenting, "If not for rape and incest, would there be any population left?"

Another Republican seen in the video is former Maine State Rep. Lawrence Lockman, who said, "If a woman has the right to an abortion, why shouldn't a man be free to use his superior strength to force himself on a woman? At least the rapist's pursuit of sexual freedom doesn't, in most cases, result in anyone's death."

MeidasTouch, after showing that montage of Republicans, tells viewers, "This is the Republican Party. Never forget."

The video, according to HuffPost, has "garnered more than 700,000 views on Twitter."