'Legend': Texas dad drops his pants at school board meeting to make a point about wearing masks 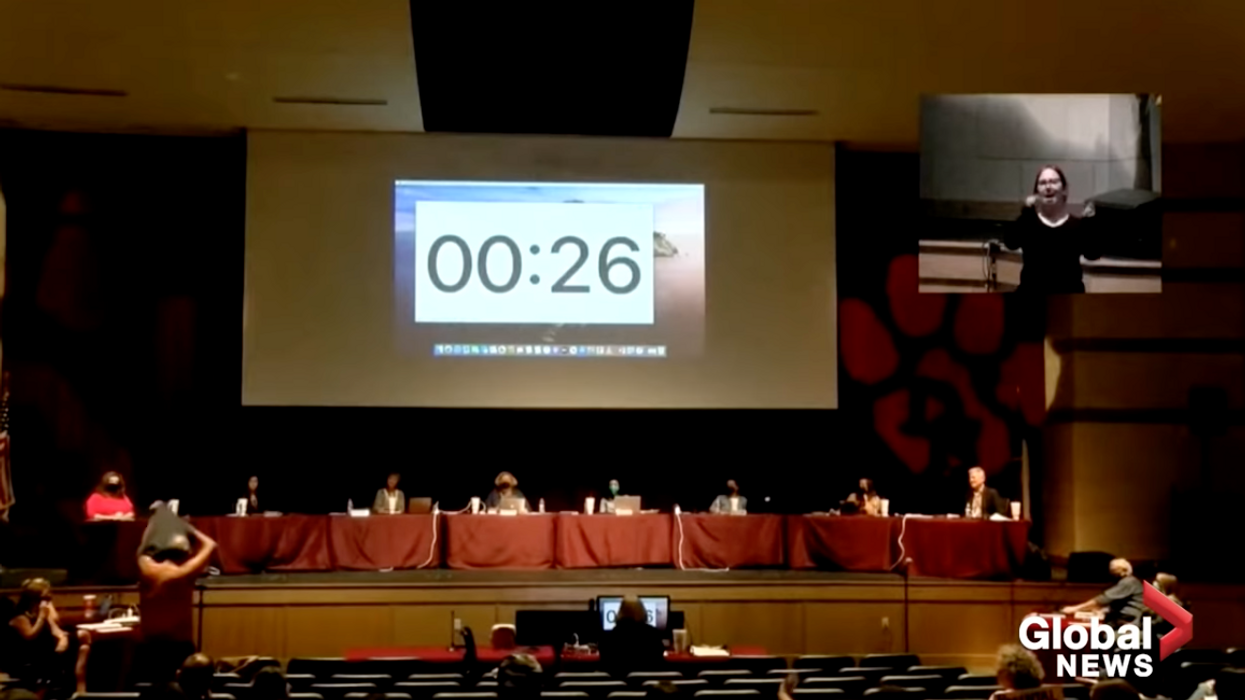 So many times my kids will say to me, "Dad did you hear about ____?" or "Did you see the video about ___?," and so many times I've said, "Oh yeah I saw that" (most commonly because someone here has mentioned it or posted it) that I am now to the point where I simply interrupt with, "Yeah I saw it" right after I hear the words "Dad did you see—?"

And I'm usually right—I have already seen many of the things my kids rush to tell me about. But not always. Lest we forget, there is a whole parallel universe of social media out there for which Daily Kos is but a tiny, miniscule particle drifting in space, one where most young people between the age of 10 and 20 or so get their information. I am speaking, of course, of the mega-omniverse of TikTok.

The following video has been making the rounds of both TikTok (and also Facebook-- for the sake of the dwindling dinosaur population). It depicts a parent by the name of James Akers who attended a school board meeting in Dripping Springs, Texas on August 23rd. Now, August 23rd is an eon ago in social media time, so I apologize if anyone has seen this, but it does not appear to have been posted as a stand-alone piece in this forum, yet.

The subject of the school board meeting was the same subject now being discussed and debated --sometimes loudly, rudely or profanely — in practically every school board across the country right now: namely, the requirement that children wear masks during school to protect themselves (and each other) from COVID-19. Mr. Akers, like all concerned residents, was allotted 90 seconds to voice his concerns. As reported by ABC7, an affiliate in the Chicago area that like many others carried the story, he used his time to maximum advantage.

First, he declared his general antipathy to any efforts by government to tell him what he can or cannot do:

"I'm here to say I do not like government, or any other entity telling me what to do," Akers began. "But, sometimes I've got to push the envelope a little bit, and I've just decided that I'm going to not just talk about it, but I'm going to walk the walk."

At that point, Mr. Akers began to physically disrobe for added emphasis.


Here Akers also emphasized that he'd parked in a handicapped spot prior to the board meeting, because he considered it his right to do so. At this point, many in the audience at the meeting had begun to appreciate the intended sarcasm of Mr. Akers' antics. But the room finally erupted with hoots and laughter when he pulled down his pants and stood before the Board in only a "Speedo-jammer" swimsuit. While pandemonium ensued, the Board president politely requested that Akers put his pants back on, which he did.

Afterwards, Akers elaborated on his reasons for the stunt:

"There are too many voices out there that I think are digging in for political reasons, and absolutely just not thinking about the common-sense decisions we make every day to comply with everything from driving down the road and being safe and courteous to other drivers, to not parking in handicapped spots," he told the station. "All these rules that we're given every day that we follow because they make sense, and we know ourselves that it makes sense for the community."


The video of Mr. Akers, which has gone viral, is below.

As described by my son, Akers is now a "legend" on TikTok, and apparently just about everywhere else. As my wife said to me:

Enjoy your Labor Day holiday, all those of you who are off.