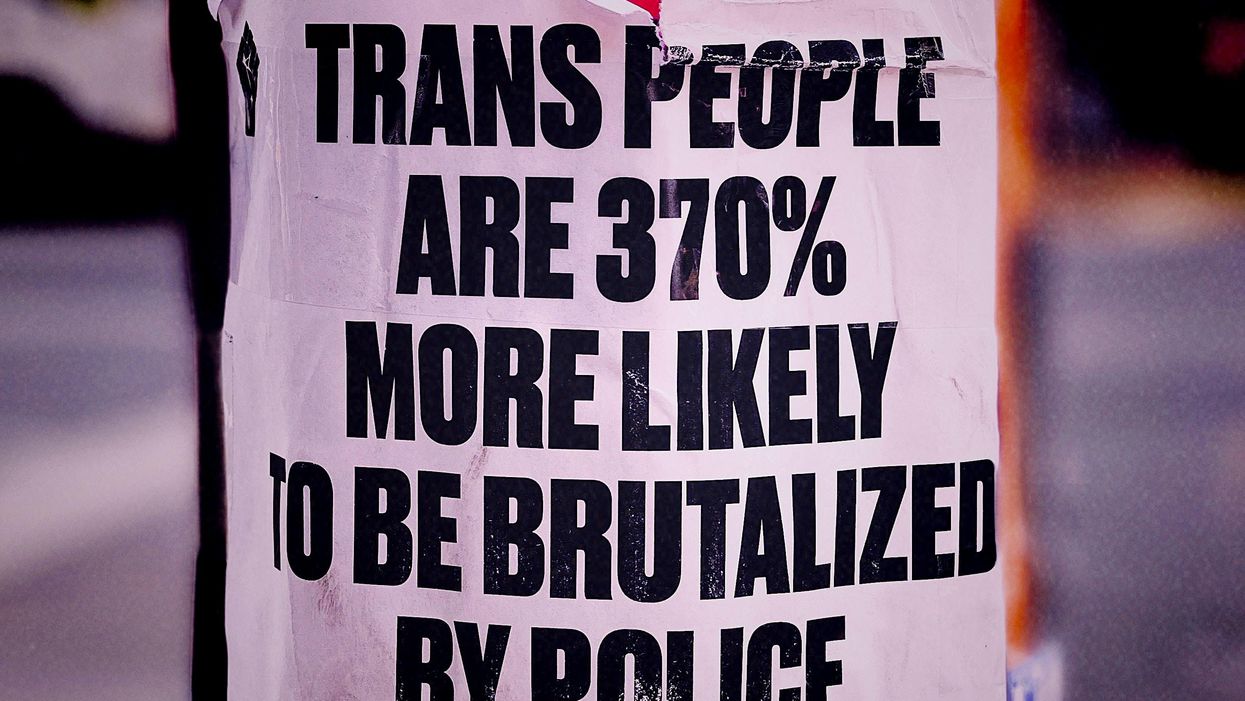 Since our decision to withdraw from Afghanistan, many are rightly concerned with the Taliban's oppression of women. Will women and girls be able to continue their education or work outside the home? How will they have to dress? There are already reports of forced marriages of adolescent girls being taken from their families. The founder of an all-girls boarding school in Afghanistan, Shabana Basij-Rasikh, said she burned all the records of her students to protect them from the Taliban. Many staff and students from the school have fled to Rwanda. Unfortunately some conservatives and "gender critical" activists, or trans exclusionary radical feminists (TERFs), have taken this crisis as an excuse to support their exclusionary ideology.

A common argument among anti-trans activists is that women are oppressed because of "sex" or biology and that gender oppression, what they see as the oppression faced by trans women, is fundamentally different. Conservative author Allie Beth Stuckey tweeted: "A reminder that women and girls are persecuted in Afghanistan, because they are women and girls, not because they identify as such. Biology matters when we're talking about female abuse, rights and safety." Many questioned if trans women would still want to "identify" as women under the Taliban. Some even challenged the validity of trans men with their comments by pointing out that trans men wouldn't be allowed to fight, thereby somehow proving in their twisted logic that the oppression under the Taliban was only based on sex and not gender.

Proponents of anti-trans laws say they are meant to protect cis women from violence; but these laws would force cis women to share public bathrooms with very masculine-presenting trans men.

These tweets are deeply offensive, show a severe misunderstanding of gender and sex oppression, and seem to bizarrely suggest that trans women would somehow be safer under the Taliban than cis women. Journalist Katelyn Burns responded to Stuckey's tweet by wondering if she thought the Taliban would just let a trans woman go if they realized she was "biologically male." She pointed out that trans women in Afghanistan were largely closeted and faced violence and oppression even before the Taliban came back into power. Anti-trans activists are clearly trying to suggest that being a trans woman is a choice that people can just opt out of if living as a woman is too difficult rather than understanding that living as a closeted trans woman is deeply oppressive in and of itself. Not to mention that trans women are in extreme danger if they simply try to live as themselves.

This twisted logic relies on a strange argument that attempts to draw a distinction between sex and gender discrimination. The claim is that while both cis and trans women face gender oppression — oppression based on socially constructed notions of gender — only cis women can face sex oppression, which is oppression based on "being born female." TERFs will point to examples like FGM (female genital mutilation) or abortion restrictions as oppression that can only apply to those who are "born female." However, while FGM is only practiced, to my knowledge, on those who are assigned female at birth, the ideology behind such a practice is still patriarchal gender policing. The motivation for such a practice is still gender oppression.

While trans women might never need an abortion, the emphasis on abortion as being a need for all "biological women" is harmful to both trans men, non-binary people and cis women. Both trans men and non-binary people might need an abortion, birth control and other types of reproductive healthcare. The argument reduces womanhood to reproductive capability. Many cis women never get pregnant or have the ability to get pregnant. We also don't want to parse a change in womanhood after menopause or a hysterectomy. Fertility issues for women who want to get pregnant come with enough trauma without adding exclusion from womanhood. Gender inclusive language around reproductive care is good for everyone, including cis women.

Trans-exclusive policies ultimately harm cis women as well as trans women because determining who is trans and who is not involves policing gender expression. Any woman deemed not feminine enough could be ensnared by these policies. Consider R.G. & G.R. Harris Funeral Homes Inc. v. Equal Employment Opportunity Commission, a case in which the United States Supreme Court ruled that Title VII bars discrimination on the basis of gender identity. Aimee Stephens, the plaintiff, was fired from her job at a funeral home after coming out as transgender. The funeral home argued Stephens did not wear work attire matching the sex Ms. Stephens was assigned at birth. The Trump DOJ backed the funeral home's claim. While aimed at trans women, such a policy could hurt cis women as well. The policy policed gender expression through attire and could easily force a cis woman to wear more skirts or heels. All cis women should be very happy the Supreme Court sided with Aimee Stephens and included gender identity in the protections of Title VII for employment discrimination.

Bathroom discrimination laws, intended to force people to use bathrooms that correlate to one's assigned sex at birth, also harm both cis and trans women, as well as trans men. Proponents of these laws say they are meant to protect cis women from violence; but these laws would force cis women to share bathrooms with very masculine-presenting trans men. These bathroom laws also ultimately police the gender expression of cis women just like the dress code policies.

How do people know if a person going into a women's bathroom is really trans or cis? They don't. They make assumptions based on the gender expression of the woman going into the bathroom. A more masculine looking cis woman could easily be stopped from going to the bathroom. Since sex discrimination isn't included in federal public accommodations law, laws that address facilities both public and private but used by the public (like a restroom in a restaurant), these discriminatory bathroom laws could still be upheld.

Many states have passed anti-discrimination laws protecting trans people's rights concerning public accommodations, but some states are still trying to police trans people's use of public bathrooms. A bill was introduced in Indiana this year to make it a misdemeanor for trans people to use the bathroom corresponding to their gender. The bill's language specifies that people with XX chromosomes cannot use the men's bathroom and people with "at least one Y chromosome" cannot use women's bathrooms. One wonders how they plan to check people's chromosomes while walking into a restroom.

Sex discrimination must include gender identity if we want to protect all women and fight the policing of gender expression. Excluding gender expression from our understanding of sex discrimination would allow for forcing cis women to present in certain stereotypically "feminine" ways. Trans women are women and all trans people must be protected for women to be truly free. There is no law to police trans women that wouldn't ultimately hurt all women. The Taliban's oppression of women, and extreme hostility towards trans people, only serves to exemplify how intertwined our liberation really is.