'This lawsuit should never have been filed': Judge issues searing ruling against pro-Trump 'Kraken' lawyers 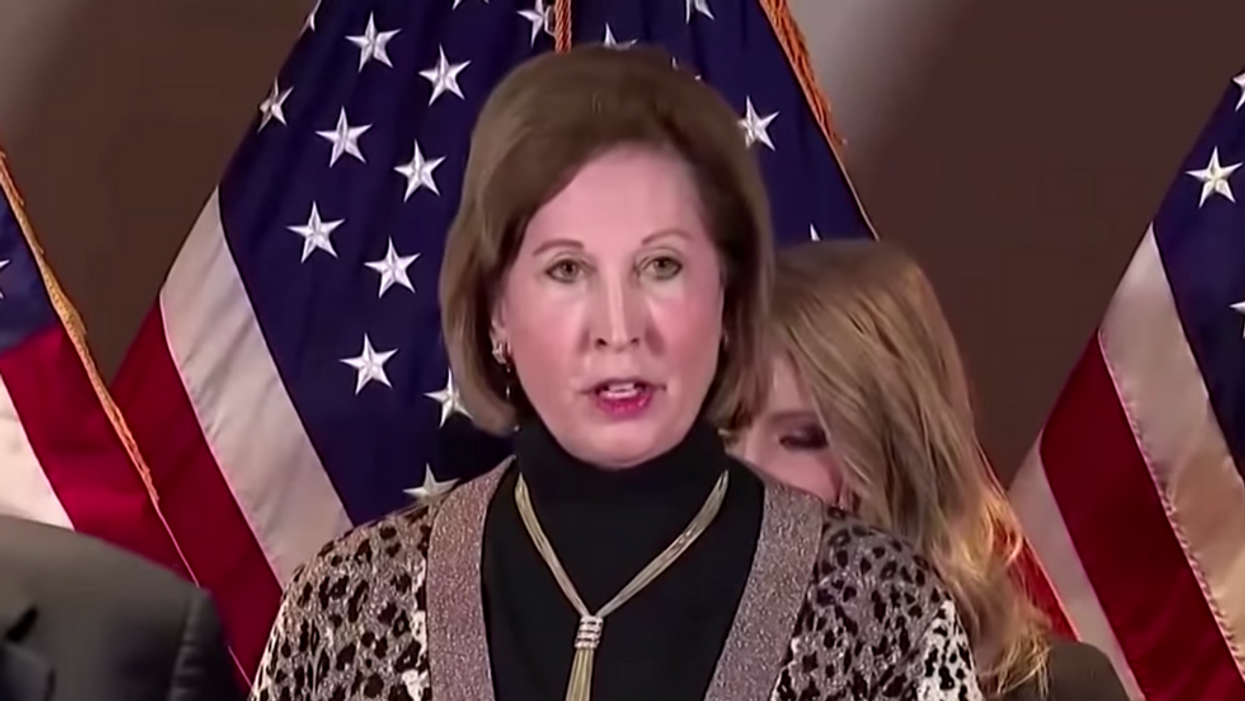 Federal Judge Linda Parker on Wednesday referred a group of pro-Trump attorneys, including Sidney Powell and Lin Wood, for potential suspension and disbarment for their misconduct in a lawsuit that sought to overturn Joe Biden's 2020 win in Michigan.

Michigan Gov. Gretchen Whitmer, along with other defendants in the original lawsuit, has asked the judge to consider sanctions in after the pro-Trump lawyers had their claims of election fraud demolished.

In the new ruling, Parker issued a 110-page opinion condemning the team's "historic and profound abuse of the judicial process," finding that their behavior in the case warrants formal sanction by the courts. They will have to pay for Michigan and Detroit's legal costs and attend classes about the law relevant to the case, the judge ruled. And she will also be referring their cases to the authorities who issued the lawyers' licenses, which may take further punitive action against them.

Such harsh sanctions are rare in the legal world and highlight the extreme nature of the pro-Trump lawyers' conduct.

Parker was direct and unsparing in her condemnation of their actions.

"[T]he question before the Court is whether Plaintiffs' attorneys engaged in litigation practices that are abusive and, in turn, sanctionable. The short answer is yes," she wrote. "The attorneys who filed the instant lawsuit abused the well-established rules applicable to the litigation process by proffering claims not backed by law; proffering claims not backed by evidence (but instead, speculation, conjecture, and unwarranted suspicion); proffering factual allegations and claims without engaging in the required prefiling inquiry; and dragging out these proceedings even after they acknowledged that it was too late to attain the relief sought."

And this case was never about fraud—it was about undermining the People's faith in our democracy and debasing the judicial process to do so.

While there are many arenas—including print, television, and social media—where protestations, conjecture, and speculation may be advanced, such expressions are neither permitted nor welcomed in a court of law. And while we as a country pride ourselves on the freedoms embodied within the First Amendment, it is well-established that an attorney's freedom of speech is circumscribed upon "entering" the courtroom.

The lawyers "scorned their oath, flouted the rules, and attempted to undermine the integrity of the judiciary along the way," she said.

Essentially, she argued that Powell, Wood, and the others used the case in Michigan to propagate the notion that Trump had been the true winner of the 2020 election, even though they had no reasonable case to bring. Their aim wasn't, she concluded, to make good faith arguments about the facts and the law in hope of being vindicated in a court of law. Instead, they were using the courts as a platform for propaganda without regard for the merits of their legal arguments. In short, it was a flagrant abuse of the system.

She even drew a connection between the lawyers' misconduct the Jan. 6 attack on the U.S. Capitol.

Much of the opinion details how the attorneys, such as Wood, have been blatantly dishonest with the court, and how their arguments were frivolous and illegitimate on numerous grounds. For example, they sought to have Whitmer barred from sending the results of Michigan's election to the Electoral College, even though she had already done so. They cited precedents for their arguments that had no relevance or made the opposite point they were trying to push. They made baseless claims that legal acts were against the law. At other points, they completely reversed themselves on crucial issues, such as key deadlines in the case, without explanation or justification.

"It is not lost upon the Court that the same claims and requested relief that Plaintiffs' attorneys presented here were disposed of, for many of the same reasons, in Michigan courts and by judges in several other 'battleground' jurisdictions where Plaintiffs' counsel sought to overturn the election results," Parker wrote. "The fact that no federal district court considering the issues at bar has found them worthy of moving forward supports the conclusion that Plaintiffs' claims are frivolous."

The extent of the blatant deception and arguments clearly made in bad faith can only lead to one conclusion.

Parker explained: "Once it appeared that their preferred political candidate's grasp on the presidency was slipping away, Plaintiffs' counsel helped mold the predetermined narrative about election fraud by lodging this federal lawsuit based on evidence that they actively refused to investigate or question with the requisite level of professional skepticism—and this refusal was to ensure that the evidence conformed with the predetermined narrative (a narrative that has had dangerous and violent consequences). Plaintiffs' counsel's politically motivated accusations, allegations, and gamesmanship may be protected by the First Amendment when posted on Twitter, shared on Telegram, or repeated on television. The nation's courts, however, are reserved for hearing legitimate causes of action."

In short, her conclusion was simple: "This lawsuit should never have been filed."