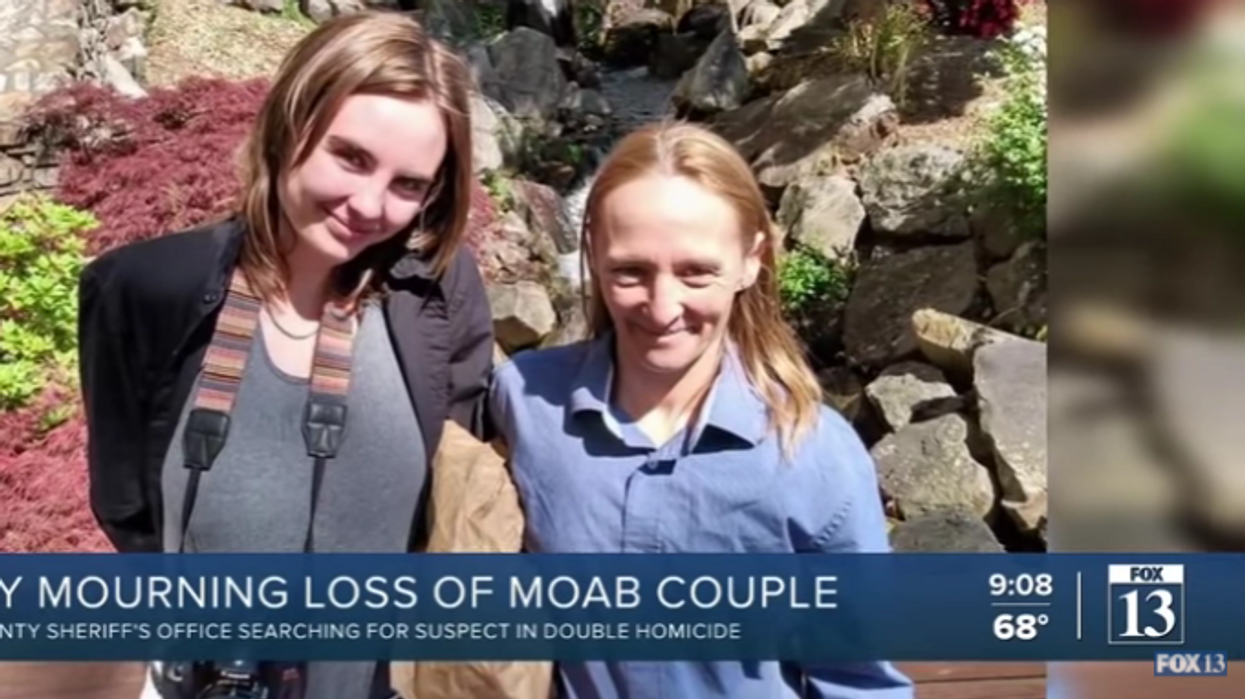 A newlywed couple was found shot to death at their campsite in southeastern Utah, according to local officials. Their deaths reportedly came days after they'd expressed concern to their friends about a "creepy guy" in close proximity to their campsite.

The Grand County Sheriff's office released a statement about the incident which occured in Moab, Utah approximately 260 miles outside of Salt Lake City. The two deceased women have been identified as Crystal Michelle Turner, 38, and her new wife Kylen Carrol Schulte, 24.

Despite the couple's deaths, the campsite has not been deemed a "current danger to the public."

Speaking to NBC News on Monday, Schulte's aunt Bridget Calvert shared details about the couple and their outdoors lifestyle as she weighed in on their concerns about a suspicious guy around the campsite.

"They said they needed to move their campsite because of some creepy guy at their campsite," Calvert said. "These are outdoors girls, and they're independent and confident. And for somebody to make them feel uncomfortable, it had to be a very valid discomfort."

Calvert added, "That's how they lived. They enjoyed life and didn't worry about material things. There's no clear motive. The entire community loved them. They're amazing people."

Woody's Tavern, a local restaurant bar in the area, also released a statement noting that Turner and Schulte had been in the bar over the weekend. The tavern also spoke fondly of the couple.

"At no time were they approached by anyone except my staff and the entire time they were relaxed and enjoying their time with their friends and each other," according to a statement from the tavern on Sunday. "These two women were very much in love with each other and their focus and attention were always on each other."