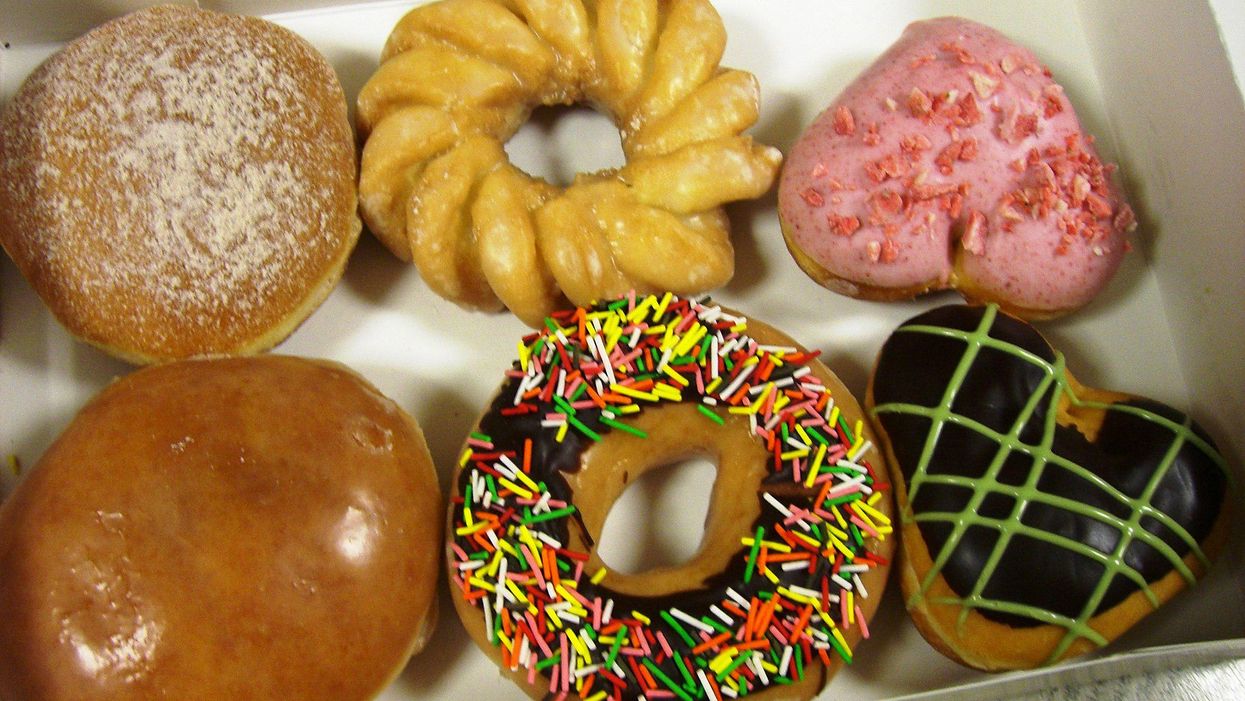 An Indiana woman has filed a 380-page First Amendment freedom of speech and religion lawsuit in federal court against Krispy Kreme, the CDC, Dr. Anthony Fauci, the FDA, Sephora, and others over mask policies and mandates, claiming she has a medical condition that prevents her from being able to don a face covering. Jennifer Reinoehl says God told her to sue the 16 defendants.

"I've been horribly discriminated against," Reinoehl told Insider, claiming she has asthma. "I've been harassed."

To support her absolutely false claim that masks don't work, Reinoehl cited a study from the U.S. Navy. From 1919.

"They did research across all the bases and the United States Navy," she told Insider. "In fact, they even quarantined an entire island. And they said the only thing you can do if a pandemic comes again is build more hospitals."

Friendly Atheist posted the lawsuit online, reporting that Reinoehl's experience at a Krispy Kreme store included needing to buy donuts a year ago in June to celebrate the last day of her daughter's driver's ed class. Since the drive thru line wrapped around the building, she walked into the store but was turned away because she wasn't wearing a mask. She complained, but returned wearing a mask.

After waiting 10 minutes with the mask on, she says she suffered an asthma attack.

She is suing, charging a violation of the "American Disabilities Act," which is actually the Americans with Disabilities Act of 1990. She's also suing under the First Amendment of the U.S. Constitution.

"Sticking a mask of any kind over your mouth while in public mechanically abridges your freedom of speech by muffling your voice and making your words difficult to understand," she says in her lawsuit.

But her First Amendment claims are not limited to freedom of speech.

"The State cannot mandate the plaintiff follow its religion," the lawsuit says, after going down this road (screenshot below), including spelling "conscience" as "conscious." "I felt like God was directing me to file a lawsuit," she told Insider. "Because I know I'm not the only person. There have been other people who've told me they struggle, and they've probably had some even worse experiences than me."