How Ron Johnson made the 2017 corporate tax cuts even worse 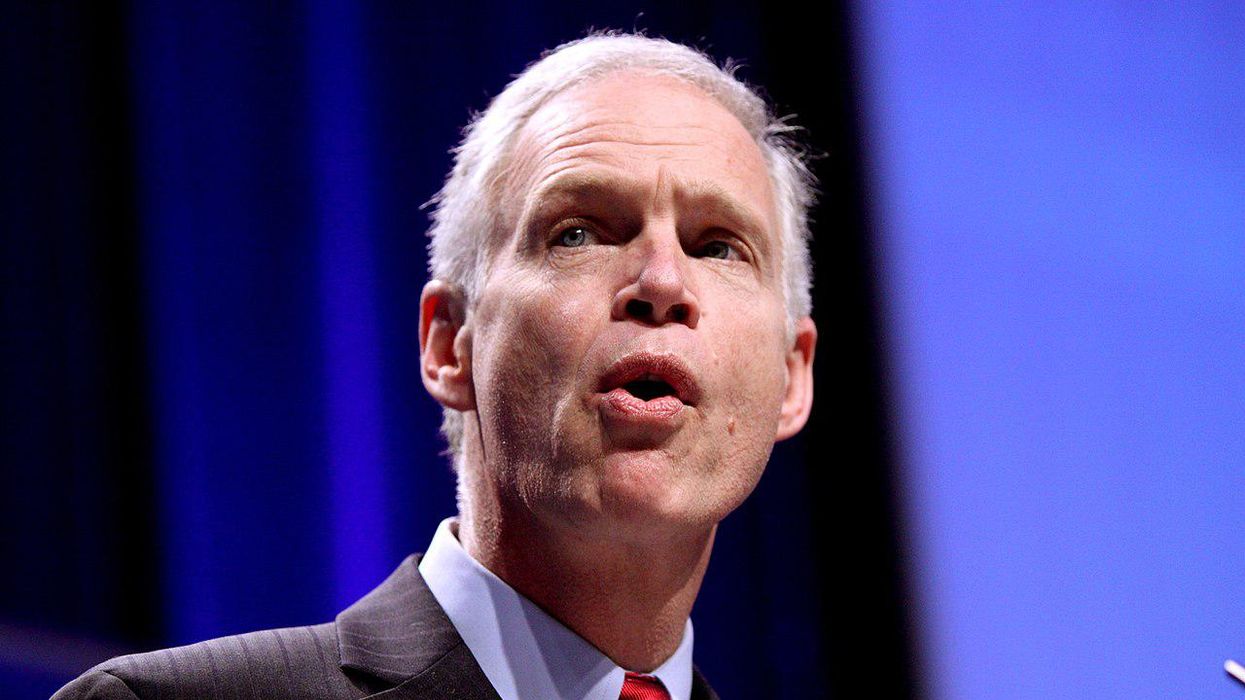 Although the "middle class tax cut" that former President Donald Trump promised during his four years in the White House never materialized, he did sign the Tax Cuts and Jobs Act of 2017 into law — thus lowering the United States' top corporate tax rate from 35% to 21%. Corporate CEOs got even richer thanks to Trump, then-Senate Majority Leader Mitch McConnell and then-House Speaker Paul Ryan, but the GOP tax bill did precious little for the American middle class. And according to reporting by Pro-Publica, Sen. Ron Johnson of Wisconsin did his part to make a flawed bill even worse.

Reporters Justin Elliott and Robert Faturechi, in an article published by Pro-Publica on August 11, note that Johnson was instrumental in increasing the tax break for what are called "pass-through" companies.

Elliott and Faturechi recall, "In November 2017, with the administration of President Donald Trump rushing to get a massive tax overhaul through Congress, Sen. Ron Johnson stunned his colleagues by announcing he would vote 'no.' Making the rounds on cable TV, the Wisconsin Republican became the first GOP senator to declare his opposition, spooking Senate leaders who were pushing to quickly pass the tax bill with their thin majority…. Johnson's demand was simple: In exchange for his vote, the bill must sweeten the tax break for a class of companies that are known as pass-throughs, since profits pass through to their owners."

The Pro-Publica reporters continue, "Johnson praised such companies as 'engines of innovation.' Behind the scenes, the senator pressed top Treasury Department officials on the issue, e-mails and the officials' calendars show."

Trump, according to Elliott and Faturechi, let Johnson have his way.

"Within two weeks, Johnson's ultimatum produced results," Elliott and Faturechi explain. "Trump personally called the senator to beg for his support, and the bill's authors fattened the tax cut for these businesses. Johnson flipped to a 'yes' and claimed credit for the change. The bill passed. The Trump Administration championed the pass-through provision as tax relief for 'small businesses.'"

But the real beneficiaries of that provision weren't small business owners.

According to Elliott and Faturechi, "Confidential tax records…. reveal that Johnson's last-minute maneuver benefited two families more than almost any others in the country — both worth billions and both among the senator's biggest donors. Dick and Liz Uihlein of packaging giant Uline, along with roofing magnate Diane Hendricks, together had contributed around $20 million to groups backing Johnson's 2016 reelection campaign. The expanded tax break Johnson muscled through netted them $215 million in deductions in 2018 alone, drastically reducing the income they owed taxes on."