How the global drug war’s victims are fighting back 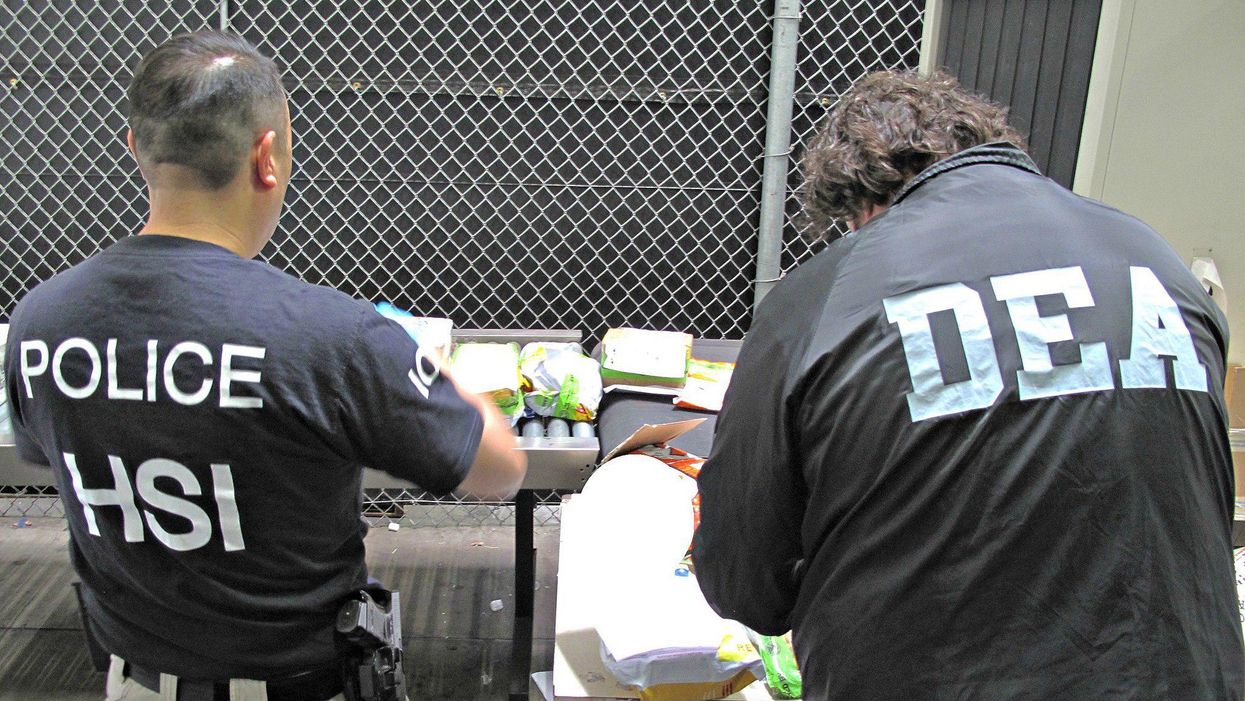 Despite significant advances made by governments around the world in humanizing drug control systems since the turn of the century, human rights abuses still seem to be taking place in the course of enforcing drug prohibitions in recent years and, in some cases, have only gotten worse.

The United States continues to imprison hundreds of thousands of people for drug offenses and imposes state surveillance (probation and parole) on millions more. The Mexican military rides roughshod over the rule of law, disappearing, torturing, and killing people with impunity as it wages war on (or sometimes works with) the infamous drug cartels. Russia and Southeast Asian countries, meanwhile, hold drug users in "treatment centers" that are little more than prison camps.

A July virtual event, which ran parallel to the United Nations High-Level Political Forum on Sustainable Development, shined a harsh light on brutal human rights abuses by the Philippines and Indonesia in the name of the war on drugs and also highlighted one method of combating impunity for drug war crimes: by imposing sanctions.

The event, "SDG 16: The Global War on Drugs vs. Rule of Law and Human Rights," was organized by DRCNet Foundation (a sister organization of the Drug Reform Coordination Network/StoptheDrugWar.org), a U.S.-based nonprofit in consultative status with the UN Economic and Social Council. The "SDG 16" refers to Sustainable Development Goal 16—Peace, Justice, and Strong Institutions—of the UN's 2030 Agenda for Sustainable Development.

Event organizer and DRCNet Foundation executive director David Borden opened the meeting with a discussion about the broad drug policy issues and challenges being witnessed on the global stage.

"Drug policy affects and is affected by many of these broad sustainable development goals," he said. "One of the very important issues is the shortfall in global AIDS funding, especially in the area of harm reduction programs. Another goal—Peace, Justice, and Strong Institutions—is implicated in the Philippines, where President [Rodrigo] Duterte was elected in 2016 and initiated a mass killing campaign admitted by him—although sometimes denied by his defenders—in which the police acknowledged killing over 6,000 people in [anti-drug] operations [since 2016], almost all of whom resisted arrests, according to police reports. NGOs put the true number [of those who were] killed at over 30,000, with many executed by shadowy vigilantes."

The International Criminal Court (ICC) has proposed a formal investigation of human rights abuses in the Philippines drug war, but the court seems hampered by a chronic shortfall in funding, Borden pointed out.

"Former prosecutors have warned pointedly on multiple occasions of a mismatch between the court's mission and its budget," he said. "Recent activity at the conclusion of three different preliminary investigations shows that while the prosecutor in the Philippines moved forward, in both Nigeria and Ukraine, the office concluded there should be formal investigations, but did not [submit] investigation requests, leaving it [up to the] new prosecutors [to do so]. The hope is [that the ICC] will move as expeditiously as possible on the Philippines investigation, but resources will affect that, as will the [Philippine] government's current stance."

The government's current stance is perhaps best illustrated by President Duterte's remarks at his final State of the Nation address on July 26. In his speech, Duterte dared the ICC to "record his threats against those who 'destroy' the country with illegal drugs," the Rappler reported. "I never denied—and the ICC can record it—those who destroy my country, I will kill you," said Duterte. "And those who destroy the young people of my country, I will kill you, because I love my country." He added that pursuing anti-drug strategies through the criminal justice system "would take you months and years," and again told police to kill drug users and dealers.

"The killings remain widespread, systematic, and ongoing," he said. "We've documented 186 deaths, equal to two a day for the first quarter of the year. Of those, 137 were connected to the Philippine National Police, the Philippine Drug Enforcement Agency, or the armed forces, and 49 were committed by unidentified assailants."

The "unidentified assailants"—vigilante death squads of shadowy provenance—are responsible for the majority of killings since 2016.

He also provided an update on the Duterte administration's response to ICC Prosecutor Fatou Bensouda's June 14 decision concluding her preliminary examination of human rights abuses in the Philippine drug war with a request to the ICC to open a formal investigation into "the situation in the Philippines."

In a bid to fend off the ICC, in 2020, the Philippine Justice Department announced it had created a panel to study the killings carried out by agents of the state—police or military—but Balane was critical of these efforts.

"[In the second half of 2020], the Justice Department said it had finished the initial investigations, but no complaints or charges were filed," he said. "They said it was difficult to find witnesses [who were willing to testify about the killings], but [the victims'] families said they were not approached [by the review panel]."

The Justice Department is also undercutting the Philippine Commission on Human Rights, an independent constitutional office whose primary mission is to investigate human rights abuses, Balane pointed out.

The Justice Department review is also barely scraping the surface of the carnage, Balane said, noting that while in May the Philippine National Police (PNP) announced they would be granting the review panel access to 61 investigations—which accounts for less than 1 percent of the killings that the government acknowledged were part of the official operations since 2016—the PNP has now decreased that number to 53.

"The domestic review by [the] Justice [Department] appears influenced by Duterte himself," said Balane. "This erodes the credibility of the drug war review by the Justice Department, which is the government's defense for their calls against international human rights mechanisms."

In Indonesia—where, like Duterte in the Philippines, President Joko Widodo (Jokowi) also declared a war on drugs in 2016—it is not only extrajudicial killings that are the issue but also the increasing willingness of the government to resort to the death penalty for drug offenses.

"Extrajudicial killings [as a result of] the drug war are happening in Indonesia," said Iftitah Sari, a researcher with the Indonesian Institute for Criminal Justice Reform, who cited 99 extrajudicial killings that took place in 2017 and 68 that happened in 2018, with a big jump to 287 from June 2019 through June 2020. She also mentioned another 390 violent drug law enforcement "incidents" that took place from July 2020 through May 2021, of which an estimated 40 percent are killings.

"The problem of extrajudicial killings [in Indonesia] is broader than [just] the war on drugs; we [also] have the problem of police brutality," Sari said. "Police have a very broad authority and a lack of accountability. There is no effective oversight mechanism, and there are no developments on this issue because we have no mechanisms to hold [the] police accountable."

Indonesia is also using its courts to kill people. Since 2015, Sari reported, 18 people—15 of them foreigners—have been executed for drug offenses.

"In addition to extrajudicial killings, there is a tendency to use harsher punishment, capital punishment, with the number of death penalties rising since 2016," she said.

Statistics Sari presented bore that out. Death penalty cases jumped from 22 in 2016 to 99 in 2019 and 149 in 2020, according to the figures she provided during the virtual event.

Not only are the courts increasingly handing down death sentences for drug offenses, but defendants are also often faced with human rights abuses within the legal system, Sari said.

With authoritarian governments such as those in Indonesia and the Philippines providing cover for such human rights abuses in the name of the war on drugs, impunity is a key problem. During the virtual event's panel discussion, Scott Johnston, of the U.S.-based nonprofit Human Rights First, discussed one possible way of making human rights abusers pay a price: imposing sanctions, especially under the Global Magnitsky Act.

That U.S. law, originally enacted in 2012 to target Russian officials deemed responsible for the death of Sergei Magnitsky in a Russian prison, was expanded in 2016 to punish human rights violators around the globe by freezing their assets and denying them visas to enter the United States.

"In an era [when]… rising human rights abuses and also rising impunity for committing those abuses [are]… a hallmark of what's happening around the world, we see countries adopting these types of targeted human rights mechanisms [imposing sanctions] at a rate that would have been shocking even five or six years ago," said Johnston. "Targeted sanctions [like the Global Magnitsky Act] are those aimed against specific individual actors and entities, as opposed to countrywide embargos," he explained.

"We've seen a continued emphasis on using these tools in the transition to the Biden administration, with 73 cases [of sanctions having been reported] since Biden took office," he noted.

And it is increasingly not just the United States.

"The U.S. was the first country to use this mechanism, but it is spreading," Johnston said. "Canada, Norway, the United Kingdom, [and] the European Union all have these mechanisms, and Australia, Japan, and New Zealand are all considering them. This is a significant pivot toward increasing multilateral use of these mechanisms."

While getting governments to impose targeted sanctions is not a sure thing, the voices of global civil society can make a difference, Johnston said.

"These are wholly discretionary and [it]… can be difficult to [ensure that they are]… imposed in practice," he said. "To give the U.S. government credit, we have seen them really listen to NGOs, and about 35 percent of all sanctions have a basis in complaints [nonprofits]… facilitated from civil society groups around the world."

And while such sanctions can be politicized, the United States has imposed them on allied countries, such as members of the Saudi government involved in the killing of U.S.-based journalist Jamal Khashoggi and in cases of honor killings in Pakistan, Johnston noted.

"But we still have never seen them used in the context of the Philippines and Indonesia."

Maybe it is time.