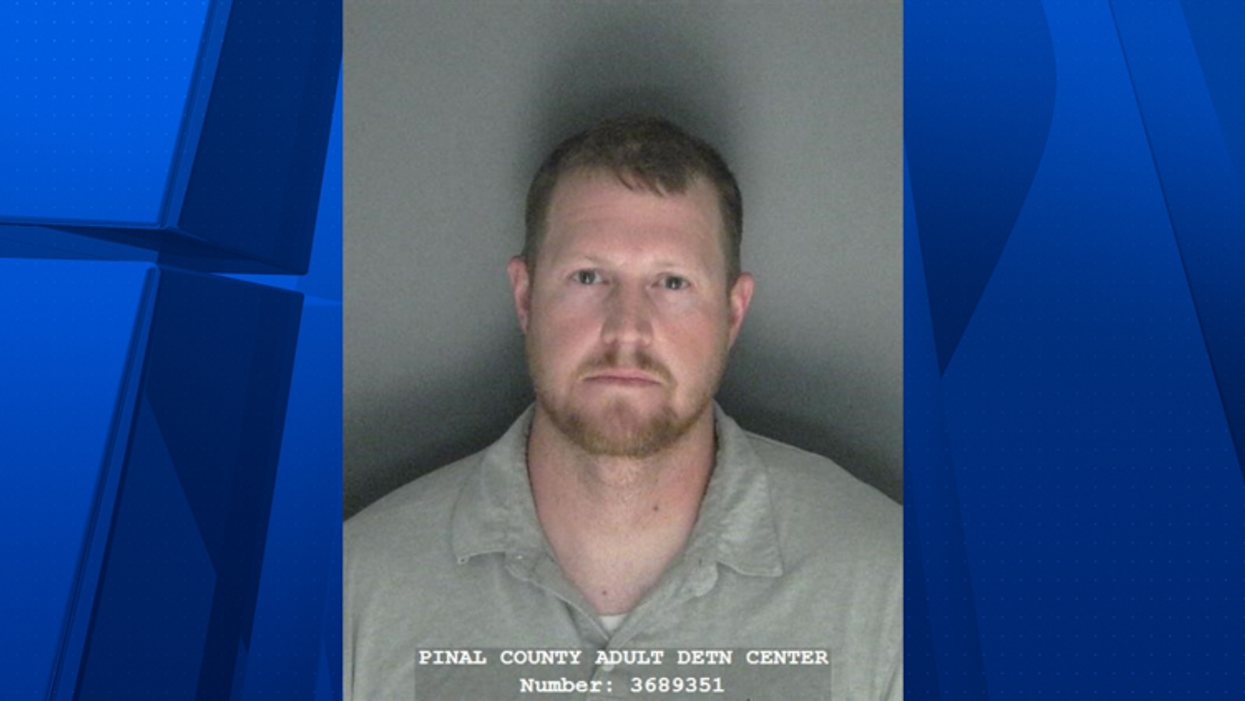 A former Mesa, Ariz., police officer is now facing animal cruelty charges after allegedly dragging his dog with his truck. According to ABC-15, former officer Spencer Allen was repeatedly identified as the man seen dragging the animal.

Details about the incident came to light after the Apache Junction Police Department's report was made public on August 11. Officials with the police department indicate that Allen "dragged his own dog through the road in April 2021 with his pickup truck, took it to the vet, and claimed it wasn't his dog."

The publication also reports that surveillance footage of the incident was also obtained. "In the surveillance video, which was taken just after 11:37 a.m. on April 9, a dark quad cab pickup truck was seen dragging a chained-up dog," Fox 10 reports. "We have decided not to show the footage in full, due to its graphic nature."

Speaking to the publication, a witness named Eric Read recalled the disturbing scene he witnessed as he saw Allen violently dragging his dog.

"What sticks out in my mind is the chain wrapped around the dog's neck and the dog was trying to stop, sitting down with the paws right in front of him," said Read.

When Read noticed Allen on the road, he quickly made a U-turn in hopes of getting his attention. He added, "Once he hit Baseline, taking off the way that he did, zero to 50 in about three seconds."

Apache Junction Animal Control officer Casey Sheahan shared details about what occurred after the incident. She said that Allen drove the injured animal to the Paws & Claws Care Center. He insisted that he was a "good samaritan."

"He stated that he had found the dog on the side of the road, he was being a good samaritan, but that wasn't the case," Sheahan said.

Although the Arizona Humane Society did operate on the dog, he was later euthanized as a result of the injuries he suffered.

However, he later admitted that he was the owner of the dog and its name was Cosmo. "I had him on a leash and he's never hopped out in the seven years I've had him," Allen said as he claimed to have panicked. "But I was like, 'He needs to be put down either way,' so that's what I was hoping for. I should've just footed the bill,'" Allen said.

In wake of the incident and the charges that followed, Allen resigned from the police department.