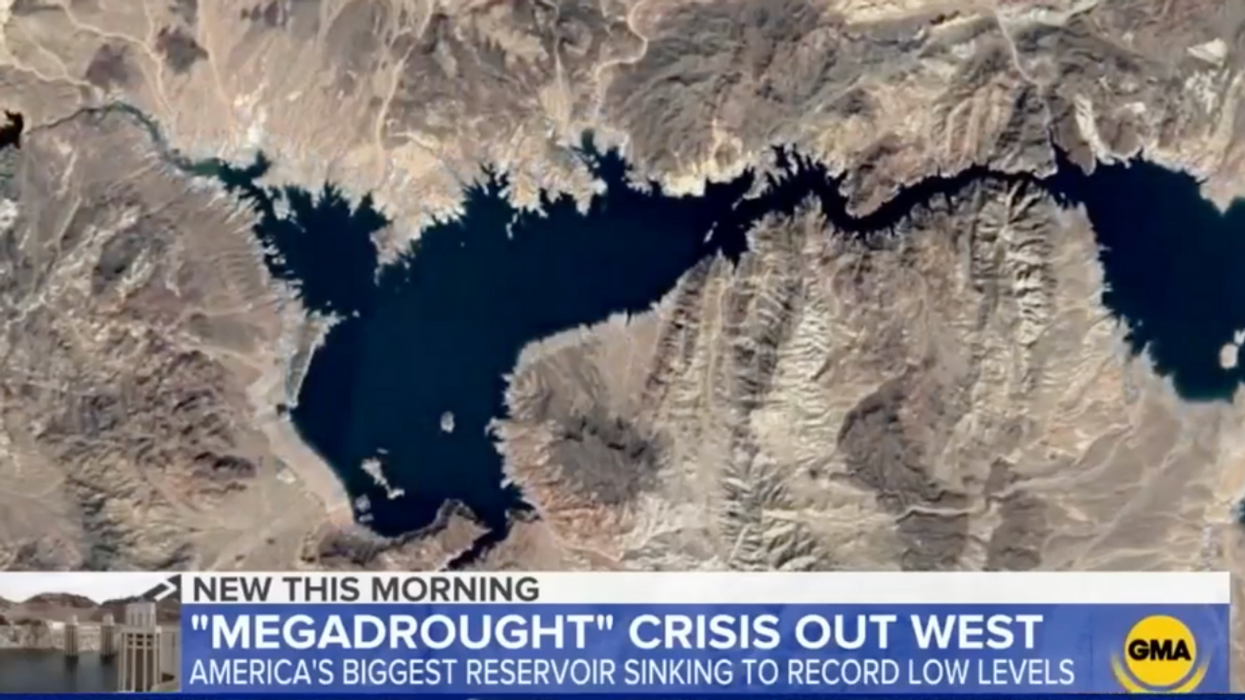 The U.S. federal government has announced an extraordinary first-ever water shortage for Hoover Dam's Mead Lake and the Colorado River, which will trigger mandatory water cuts next year as the west continues its bout with an unprecedented drought.

On Monday, August 16, the U.S. Bureau of Reclamation released data about the historic drought threatening to impact the entire Colorado River basin. The announcement is based on a 24-month study the federal agency has conducted.

"Given ongoing historic drought and low runoff conditions in the Colorado River Basin, downstream releases from Glen Canyon Dam and Hoover Dam will be reduced in 2022 due to declining reservoir levels. In the Lower Basin the reductions represent the first "shortage" declaration—demonstrating the severity of the drought and low reservoir conditions." the announcement reads.

Assistant Secretary for Water and Science Tanya Trujillo highlighted the river's "accelerated challenges" as a result of the ongoing climate changes which are projected to contribute to more intense droughts and extreme weather conditions in the coming months and years.

"Like much of the West and across our connected basins, the Colorado River is facing unprecedented and accelerating challenges," Trujillo said. "The only way to address these challenges and climate change is to utilize the best available science and to work cooperatively across the landscapes and communities that rely on the Colorado River. That is precisely the focus of the White House Interagency Drought Working Group—a multi-agency partnership created to collaborate with States, Tribes, farmers and communities impacted by drought and climate change to build and enhance regional resilience."

Entsminger called the situation "extremely serious but not apocalyptic."

"It's not like drought is a new phenomenon. There are parts of the world that are dealing with these conditions every day of the year. What we're seeing, however, is that the overall set of expected conditions is moving into uncharted territory," Ruane said.

Becky Mitchell, director of the Colorado Water Conservation Board, has described the ongoing western drought as a "call to action."

"When we hear a shortage declaration, that definitely causes angst," said Mitchell. "But I do feel like it's a call to action both in the upper basin and the lower basin."