Everyone's already subsidizing cars. How about we subsidize more and better public transit instead? 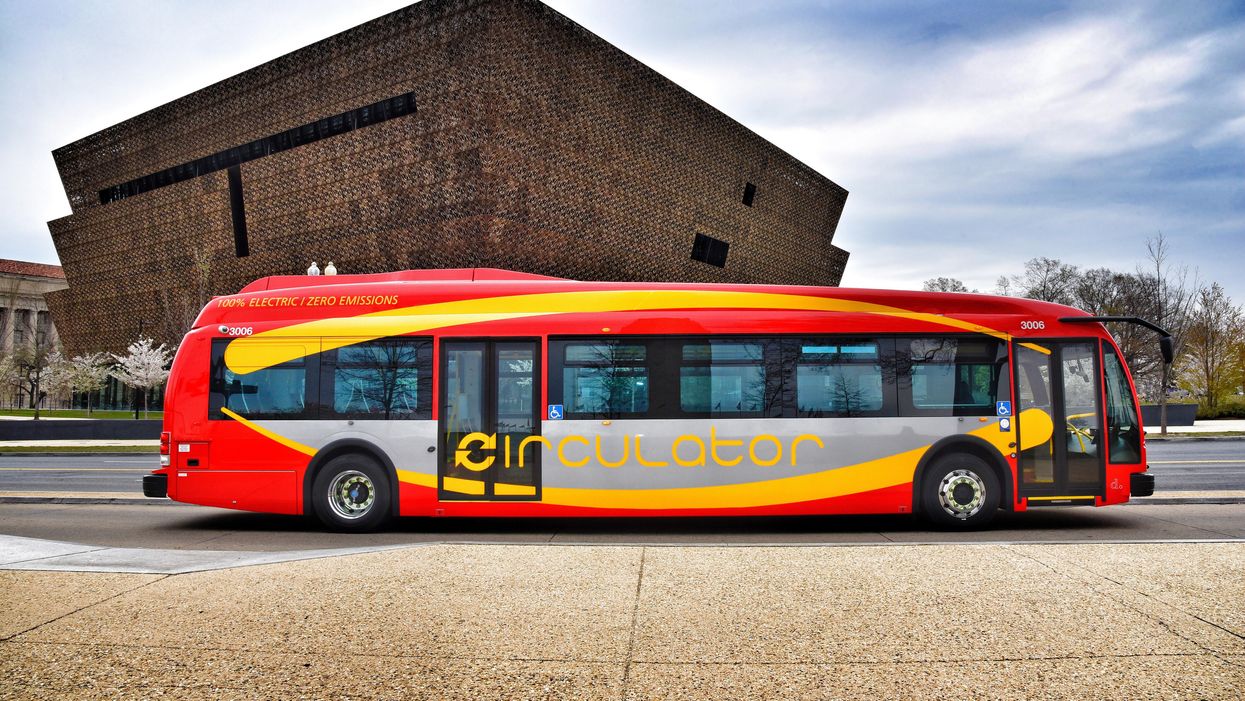 Public transportation should be free.

Given the vast majority of the poor spends more than 50 percent of their income on housing (because we need more housing, because we need more housing) these folks have a very small financial cushion with which to break a fall—or nothing in the case of emergencies. For the poorest among us, saving about $2.50 a day is significant. Transportation is a lifeline, one of many we need, to upward mobility and flexibility.

Currently, among the major cities around the world that have set up subsidized public transportation, most are in Europe. Trial-runs in American cities are early but show an increase in ridership from 20 to 60 percent. That's phenomenal. We need to go further.

Cars impose a cost everyone pays for: general road maintenance, congestion and pollution. Pollution has a societal cost in terms of health care. An estimated 200,000 Americans die of pollution each year. Roads need regular maintenance and repair. Congestion costs everyone time, stress, wear-and-tear and fuel. We all of us are already paying for these "negative externalities." We all of us are already subsidizing them.

In some smaller cities, where ridership has consistently lagged over the last decade, revenue is so low and cost of collecting revenue so high that the increase in ridership is such a no-brainer for the city to pick up the tab. In larger cities, where revenues and maintenance can exceed $100 million, there's a need for a multi-pronged approach. Ensuring systems pay for themselves through budget adjustments or gas taxes will be a city-by-city solution depending on ridership rates, revenues and the local labor landscape. At a minimum, though, a tiered system providing subsidized bare minimums to the public, and faster services at cost, would be revolutionary.

Our public transportation infrastructure is a few generations behind, because the United States has neglected it. Priority has been given to the expansion of roads and highways in order to connect higher-income suburban areas, leaving roughly 40 percent of people with no access to public transportation. Connectivity and mobility are the backbones of stronger economies, however. Given the people who rely solely on public transportation are more likely to earn less than $30,000 a year, the consistent and inadequate funding of public transportation leaves low-income communities and people with disabilities without a basic dependable amenity they need. The problem compounds itself, limiting opportunities for civic engagement (getting to and from the voting booth is an issue every time there's an election) education and employment.

With huge budget shortfalls due to low ridership over the last year as America struggles to get past the pandemic, across the country cities are cutting service. This is the exact wrong move and it will exacerbate existing inequities, especially in dense urban areas. Essential workers in the service sector, who are for businesses still in short supply, are going to find themselves with limited options and longer commutes. We are limiting the pool of workers who can get to the jobs that are available.

Some of our largest hurdles as a society are represented by the challenges of transportation: traffic, congestion, income inequality, inequity, access, climate change and crumbling infrastructure. Consumerism isn't changing anytime soon. What we are consuming, however, is evolving, fast. We are in a race to electrify our homes, cities, cars and transit. We need to invest in a better functioning transit system while the country is in the process of electrifying everything. This isn't either/or, but yes/and. Let's provide a good and economic boost to help citizens learn, compete and thrive. Let's create a green economy and more equality. Let's limit negative interactions with police on public transit and provide a clear, tangible example of a public good.

We want people to get to other parts of the city and to get home. We want fewer cars. We want community cohesion from public interaction. We want less pollution. To school and home, work and home. It's a smart, economically straightforward boost to lower-income residents that they will feel immediately. With large, complex economies we rarely get a chance to push for something that's clearly this good.