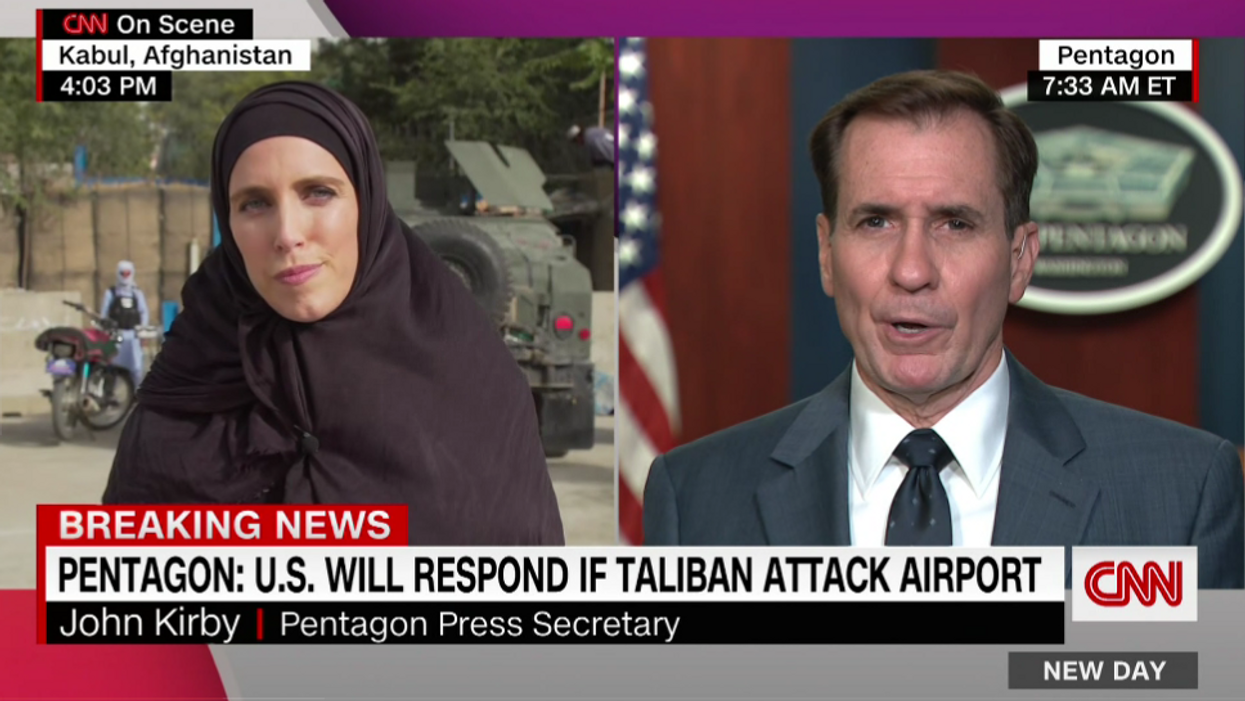 CNN's Clarissa Ward did not mince words when she questioned Pentagon Press Secretary John Kirby about whether U.S. allies still in Afghanistan can be confident that they "will not be abandoned" as the Taliban takes over.

Ward stressed the importance of the Pentagon upholding its promise to the Afghan people as she demanded answers about their plan to do just that.

Kirby went on to boast about the 70,000 individuals the department has moved since 2005 as he acknowledged the United States' obligation to the Afghan people. But, Ward did not appear convinced by that he was being completely forthcoming.

Admitting that Kirby's words sounded more like "hollow promises," Ward demanded to hear a clear promise about whether or not the people have his word to assist them during this difficult time.

"To most Afghan people that I'm talking to John that is going to sound like hollow promises. Can I have your word? These people are depending on you. They are depending on America," Ward said.

She added, "Their lives are at threat. They've given everything to work with America to rebuild this country."

Watch the full interview at CNN.