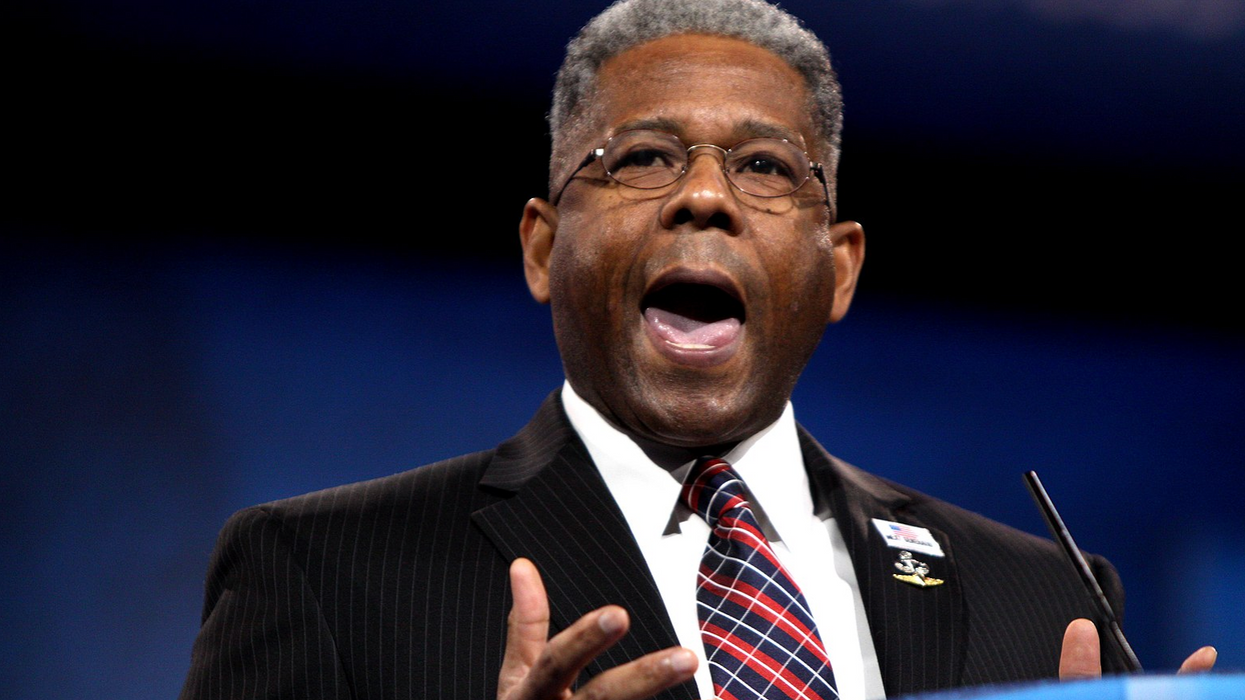 "Allen West, GOP candidate for governor, calls wife's DWI arrest in Dallas “insidious"" was first published by The Texas Tribune, a nonprofit, nonpartisan media organization that informs Texans — and engages with them — about public policy, politics, government and statewide issues.

The wife of Texas Republican gubernatorial candidate Allen West was arrested in Dallas County for allegedly driving while intoxicated Friday night, according to the Dallas Police Department and West himself.

Angela Graham-West, 61, was driving home from dinner at P.F. Changs with her three-month-old grandson when she was pulled over and arrested for a suspected DWI. She was charged with driving while intoxicated with a child under 15 years old.

Graham-West was released from jail around 1 p.m. Saturday, according to West, who posted a video on Instagram early Saturday morning from the Dallas County jail. In the video, West angrily denied his wife had been drinking.

West, the former head of the Texas Republican Party, said he had been in Waco having dinner with Ted Nugent when he returned to Dallas to find his wife had been arrested.

He said in the video that he had spoken with people who had dinner with his wife and grandson who told him she only had water and lemonade. West provided a photo of the receipt to the Tribune, which shows a lemonade, but lists no alcoholic beverages.

In the video, West said he was especially angry that his grandson was left on the side of the road with a police officer while officers took his wife to jail.

“I support the thin blue line, but this is insidious," West said. “They put my grandson at risk, at jeopardy, left him with a couple of police officers and carted his grandmother to jail and she had water and lemonade… I'm beyond livid."

Dallas police said in a statement to the Tribune that they stopped Graham-West in the 2300 block of West Northwest Highway at 8:44 p.m. and that the officer “had reasons to believe the driver may be intoxicated."

Police said Graham-West went through a field sobriety test, "which subsequently led to her arrest for DWI."

In a text message to the Tribune, Allen West said his wife was stopped for failing to use a turn signal to change lanes but had “no issues" with field sobriety or breathalyzer tests. He said she refused a blood test, but an officer got a warrant for it.

Dallas police said West's grandson was released to his father. West said his daughter and her husband picked up his grandson from the car on the side of the road.

West announced he was running for governor on July 4, a few days before resigning his position with the state party to start his challenge to Gov. Greg Abbott, a fellow Republican.

Graham-West ran for Garland City Council earlier this year, but did not advance to the runoff election.

This article originally appeared in The Texas Tribune at https://www.texastribune.org/2021/08/21/texas-candidate-allen-west-police/.