Here's why ranked choice voting is different for Democrats 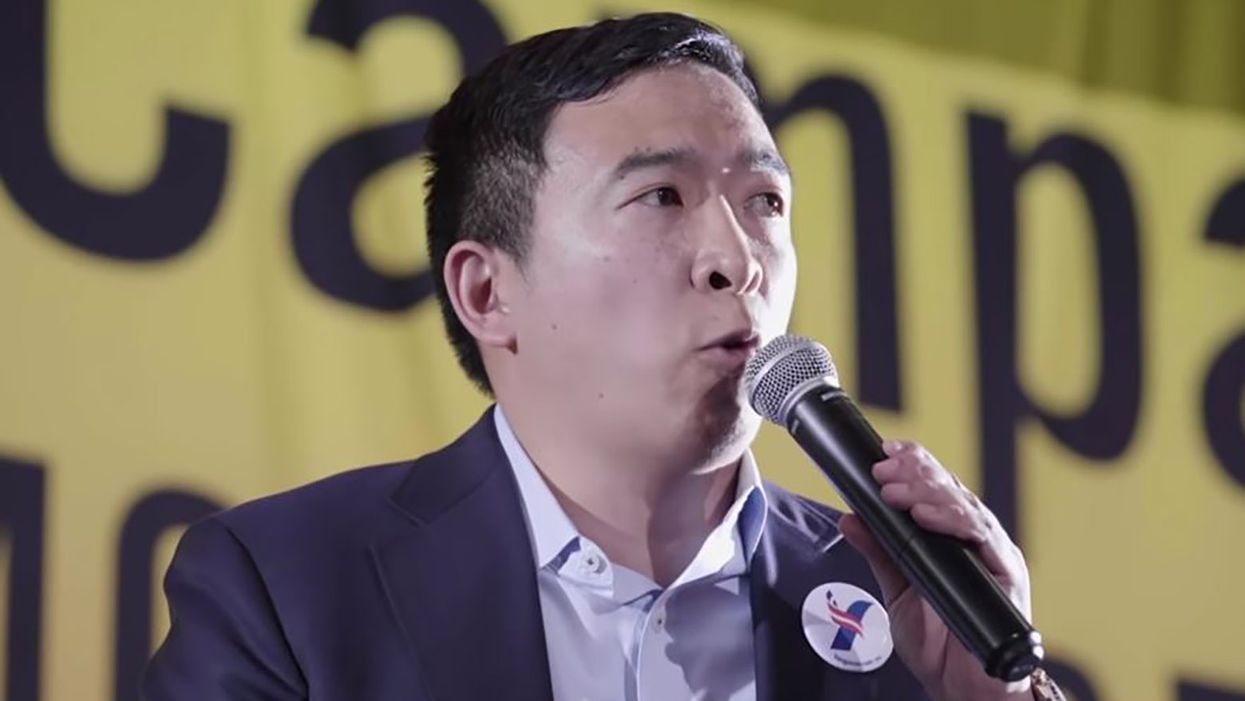 The New York City mayoral primary was the first time many Americans paid any attention to ranked choice voting (RCV)—the system by which voters select a list of preferred candidates in order, rather than picking just one. That brief spotlight led to a lot of predictable (and mostly wrong) post-election takes. Republicans lit up Twitter and op-ed pages with the usual take-downs, calling RCV a "corrupt" scheme to confuse and disenfranchise voters; Democrats and allied voting reform groups lauded it as a more fair, accurate and inclusive way to run an election. Neither case is right.

Take the cheerleading arguments for RCV with a big grain of salt. Ninety-six percent of the time it doesn't change election outcomes in the US, especially in primaries. Nor does it affect incumbents' reelection chances. There is some preliminary evidence of benefits for candidates of color, but hardly enough to say much definitively.

Ranked choice voting gives the Democratic Party a way to hold its sprawling diverse coalition together. It provides every segment of the party a chance to have a stake in the ultimate winner.

You can also mostly ignore the lame gripes from opponents, such as Harvard Professor Harvey Mansfield's airy and evidence-free claim that RCV somehow prevents us from forming grand political coalitions. (Question: do we see a lot of those forming via our usual election methods?) And while the somewhat bungled New York primary count was an eyesore, there's about as much evidence for Republican hysteria that RCV leads to corruption or depressed turnout as there is for bamboo ballots in Arizona. It's actually the regular runoff process that frequently leads to lower turnout, not RCV.

The real reason that Democrats tend to like ranked choice voting—and that Republicans usually treat it like a bioweapon—has to do with practical politics.

The Republican Party (up until the point Trump scrambled all of its political lanes like a toddler smearing his hand across a wet painting) is a party based on ideological identity. In a primary, Republicans vie to be slightly different flavors of the same thing: white conservative. It's like choosing between ice creams—if your choices were vanilla bean and French vanilla. That means that even in a rank-choice Republican primary, voters are going to get more or less the same thing no matter whom they choose.

The Democratic Party is totally different. It's a coalition of very different ideologies, interest groups, generations and racial diversity (for what it's worth, FiveThirtyEight counts five clusters). And it's all scrambled. Half calls itself moderate or conservative, the other half liberal. Black voters tend to be economically middle of the road. Highly educated white voters tend to be fiscally liberal. Young voters tend to be socially progressive and attuned to racial and climate issues. Party loyalists just want to win.

So when Democrats vote in Democratic primaries, they can choose rocky road, pistachio, or New York Super Fudge Chunk—and sometimes candidates that are a scoop of each of those flavors. Your vote can result in a very different nominee, and a very different outcome in office as different as Bernie Sanders and Joe Manchin.

And that's exactly why Democrats gravitate to ranked choice voting. It gives them a way to try to hold that diverse coalition together. RCV provides every segment of the party a chance to have a stake in the ultimate winner. If you rank Bernie Sanders first on your presidential primary ballot and Joe Biden second, and Biden wins, then you still feel like you have some share in Biden's success because you actually voted for him.

This can mean a lot. To some degree, you've not only told yourself the winner is an acceptable outcome (the act of physically marking something on a ballot can itself be a meaningful trigger to your brain), but also because of the bandwagon effect (i.e., people like to identify with the winning side in elections) you are a lot more apt to feel connected to his or her victory and success. This is a big deal for Democrats who may have to overcome a relatively sizable gap between preferences and the party's nominee.

By contrast, Republican Party voters don't have to really worry about this problem. After a primary, they almost always end up with someone who is a virtual political clone of whomever they voted for. There is simply not that much of a gap to close.

Republicans are also incentivized to have only the most highly motivated ideological voters show up in a general election. Decreasing and shaping the electorate toward their motivated core helps them, because they have a smaller base but one that tends to vote more regularly. This is why Republicans have tended to do better in midterm elections, with an older and whiter electorate that skews their way. It's also why they are so keen on passing restrictive voting laws at the state level—proposing 389 of them across 48 states at the last count—that tend to disproportionately impact Democratic-leaning voting demographics like Black voters, young voters and voters of color. It doesn't take a lot of discouragement to turn a sometimes-voter into a nonvoter.

Losing those sometimes-voters can be perilous for Democrats, who desperately need to hold on to everyone across their coalition in a general election. When they do—as in 2018 and 2020—they win. In 2016, however, less than 80 percent of Sanders primary voters ultimately supported Hillary Clinton in the general election (almost 10 percent voted for a third-party candidate and 12 percent actually ended up voting for Trump).

The same thing is true in terms of the role of independents. Look at the 2018 Maine 2nd Congressional District race between Democrat Jared Golden and Republican Bruce Poliquin, a rare instance of RCV changing an election outcome. Golden won, because he was the second choice of people who voted for an independent. The Republican got the core Republican votes. The Democrat got a broader coalition.

Ranked choice voting may have a lot of great features that excite political scientists in theory, and that may get proved out over time. It may also have some downsides that Republicans are right to complain about. (It can be confusing to voters who aren't used to it.) But the practical politics is what's driving the parties. Democrats like it because it helps manage unwieldy coalitions, maintain turnout, and leverage independents better. Republicans know this full well, and that's why they're so against it