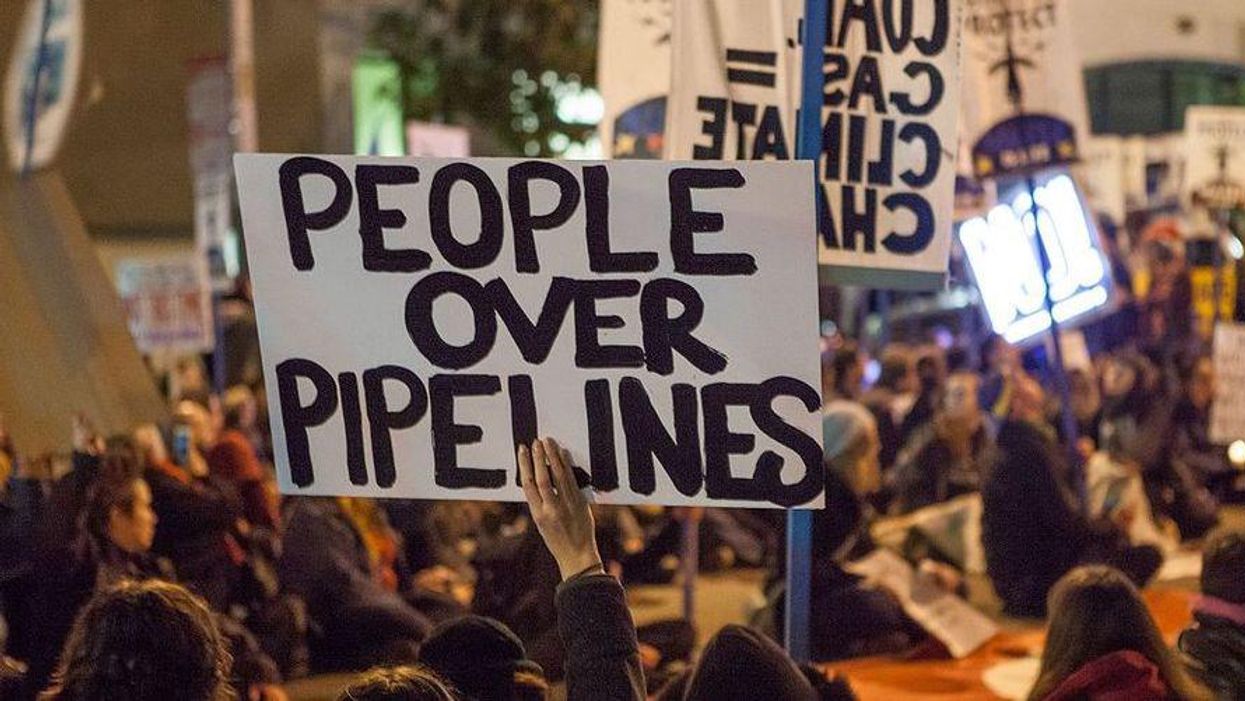 Community activists in Memphis, Tennessee and northwest Mississippi celebrated a grassroots victory on Saturday after two oil companies canceled plans to build a pipeline that would have run through wetlands and several low-income, majority-Black neighborhoods.

Valero and Plains All American Pipeline had long planned to construct the Byhalia Connection pipeline, which would have been 49 miles long and linked two pipelines that transport crude oil to refineries on the Gulf of Mexico.

The two companies announced they were canceling the project "due to lower U.S. oil production resulting from the Covid-19 pandemic," but opponents of the pipeline noted that the announcement followed grassroots organizing by climate action advocates, homeowners, and elected officials at the local and federal levels.

"This is a win for the entire community of Memphis, Tennessee, but especially those in the Black community who fought it courageously," Rev. Dr. William J. Barber II, co-chair of the Poor People's Campaign, tweeted.

Community members in Memphis neighborhoods including White Chapel, Westwood, and Boxtown objected to the pipeline project, which would have run over the Memphis Sand Aquifer—leading to fears that an oil spill would pollute the drinking water of about one million people.

Local organizations Protect Our Aquifer and Memphis Community Against the Pipeline (MCAP) led rallies and garnered the support of former Vice President Al Gore and Rep. Steve Cohen (D-Tenn.), while the Memphis City Council weighed an ordinance to make it harder for the companies to begin construction.

Byhalia Pipeline canceled! Congrats to @MemphisCAP_org & the community of SW Memphis who made their voices heard to… https://t.co/LuGSYVkvIq
— Al Gore (@Al Gore) 1625272516.0

MCAP leader Justin J. Pearson organized canvassers and lobbied the city council, and called Friday's announcement "an extraordinary testament to what Memphis and Shelby County can do when citizens build power toward justice."

A representative of the two oil companies sparked local outrage when they said South Memphis, where the Boxtown community was established in the 1860s by people who had been enslaved, had been identified as "the point of least resistance."

"We've shown them that we aren't the path of least resistance," said Pearson. "We are the path of resilience."

Lawyers for the two companies began legal proceedings against local landowners who refused to make deals with project officials; they planned to invoke eminent domain against the property owners. Last week, the Supreme Court ruled in a separate case in New Jersey that a company could use eminent domain to build a natural gas pipeline on state land.

"Their playbooks are the same everywhere," Pearson said on Twitter on Friday. "Find the poor. Appease the rich and politically powerful. Misinform the community. Make local leaders afraid to stop them. Exploit the poor. Reap billions in profits from the deaths of the poor and marginalized."

"We are so inspired by the people of Boxtown, Westwood, and White Chapel, and the work of our amazing partners MCAP and Protect Our Aquifer, for showing what is possible when a community stands together," said Amanda Garcia, director of the SELC's Tennessee office.