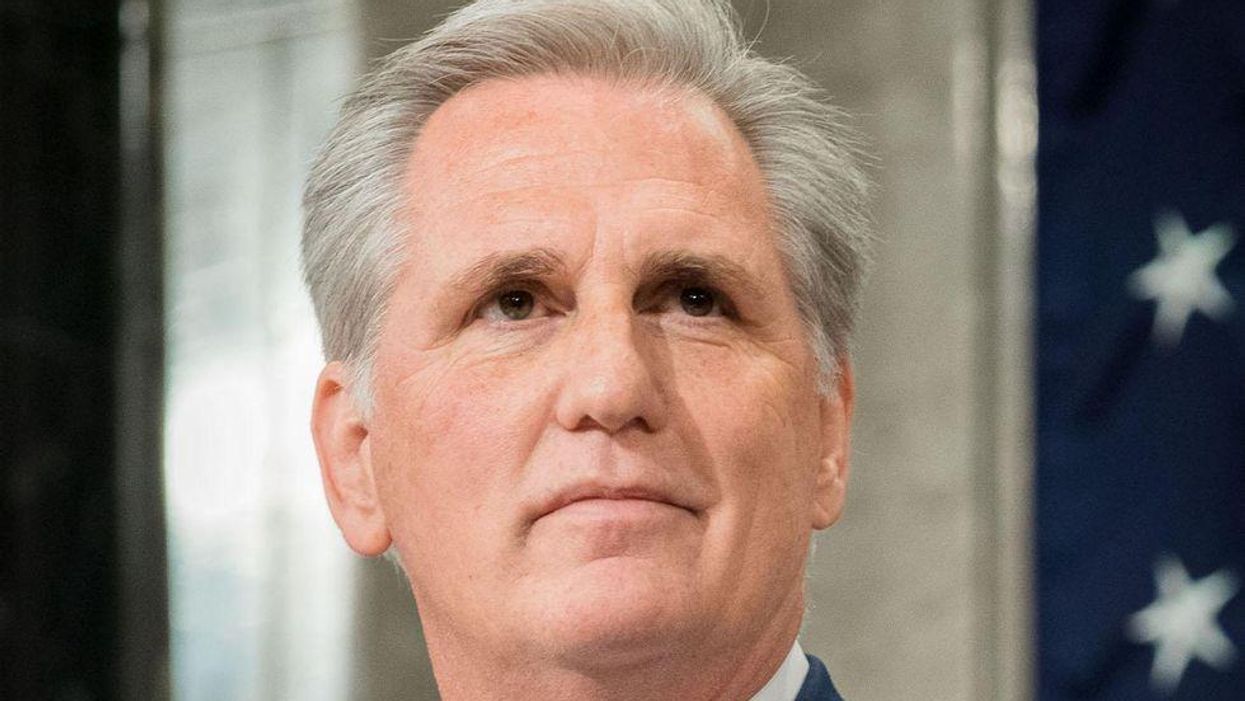 Republicans are both furious and terrified that Speaker Pelosi has moved forward with the bipartisan Select Committee on the January 6 Attack, given the possible role some of them played in the insurrection or in the lead up to it.

Politico reports "the far-right group asked McCarthy to file and bring up a privileged motion by July 31 'to vacate the chair and end Nancy Pelosi's authoritarian reign as Speaker of the House.'"

In their letter, the far-right Republicans, led by Reps. Andy Biggs (R-AZ) and Jim Jordan (R-OH), made clear this was about a push for power. Jordan was also one of two House Republicans Speaker Pelosi refused to seat on the January 6 Select Committee.

"Refusing to seat Rep Jim Jordan & Rep Jim Banks on the Select Committee to Investigate Jan 6th is intolerable," they claim on Twitter.

"Speaker Pelosi's tenure is destroying the House of Representatives and our ability to faithfully represent the people we are here to serve," they wrote. "Republicans, under your leadership, must show the American people that we will act to protect our ability to represent their interests."

There have been no changes, other than Republicans becoming the minority party, that affect Republicans' "ability to represent" their constituents' interests, assuming that is who they were referring to.

Should McCarthy indulge the Freedom Caucus, the measure has virtually no chance of passage, but it does allow the Republicans another fundraising opportunity.

Rep. Biggs made headlines earlier this week for attacking President Joe Biden over a massive border seizure of fentanyl. It remains unclear why he was opposed to the seizure of the illegal and deadly drug.