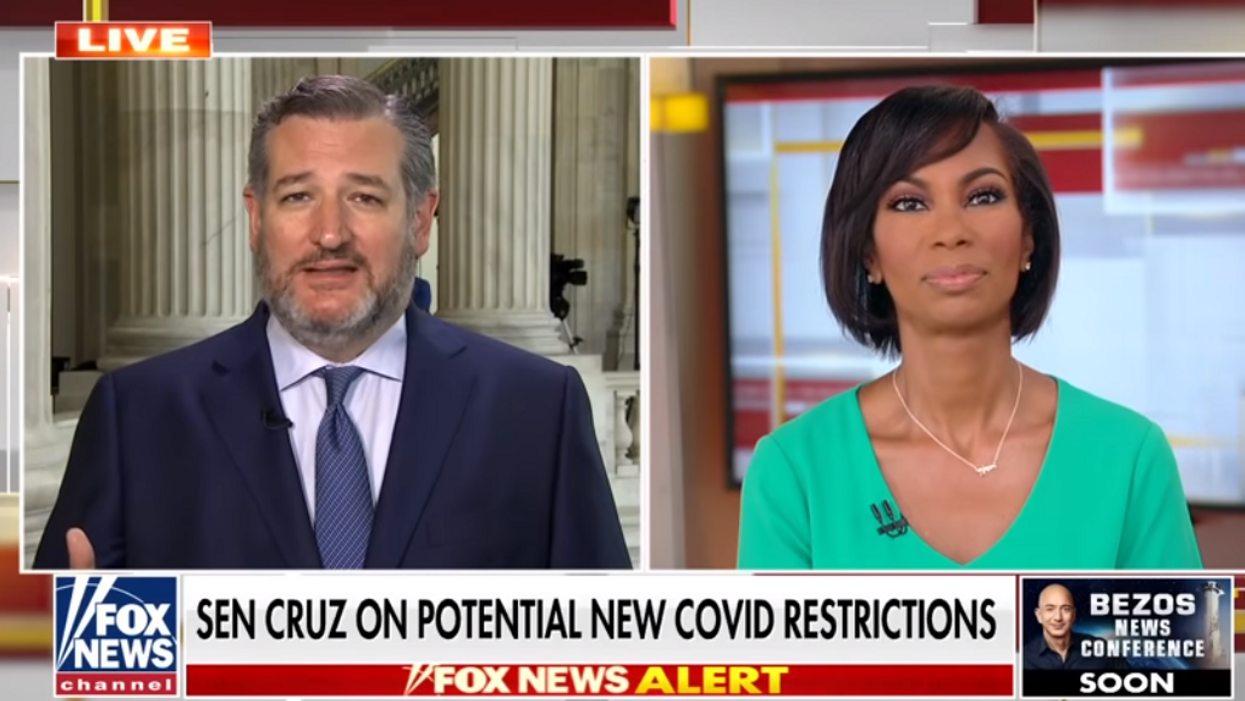 Faulkner's remark criticizing their actions actually fell flat because it also described Cruz, as HuffPost pointed out. It left Cruz in an exceptionally awkward spot on a station that is usually a safe space for Republicans.

"You have seen what I know with my relatives in Texas we don't do," Faulker told Cruz. "We don't cut and run."

But Cruz was quite recently criticized for cutting and running in a much more egregious fashion. As the state of Texas was battered by the unusually harsh winter storm, millions of residents were subjected to lengthy power outages due to the state's electrical grid failure. Hundreds of people reportedly died as a result. Although Cruz took an oath as a leader in his community, he decided to "cut and run" and take his family on vacation.

While brutal temperatures dropped below 20°, Cruz faced heightened scrutiny when photos went viral of him boarding a plane to Cancun with his family. The embarrassed lawmaker only returned to his home state after being ridiculed on social media.

While the state's Democratic lawmakers may be criticized for their hardball tactics to block legislation, they are at least using political tactics to achieve political objectives. When Cruz "cut and run" from Texas during the storm, he was using his wealth and power to make himself and his family personally comfortable while abandoning his constituents to suffer as the result of government failure.

See the Fox News interview below: