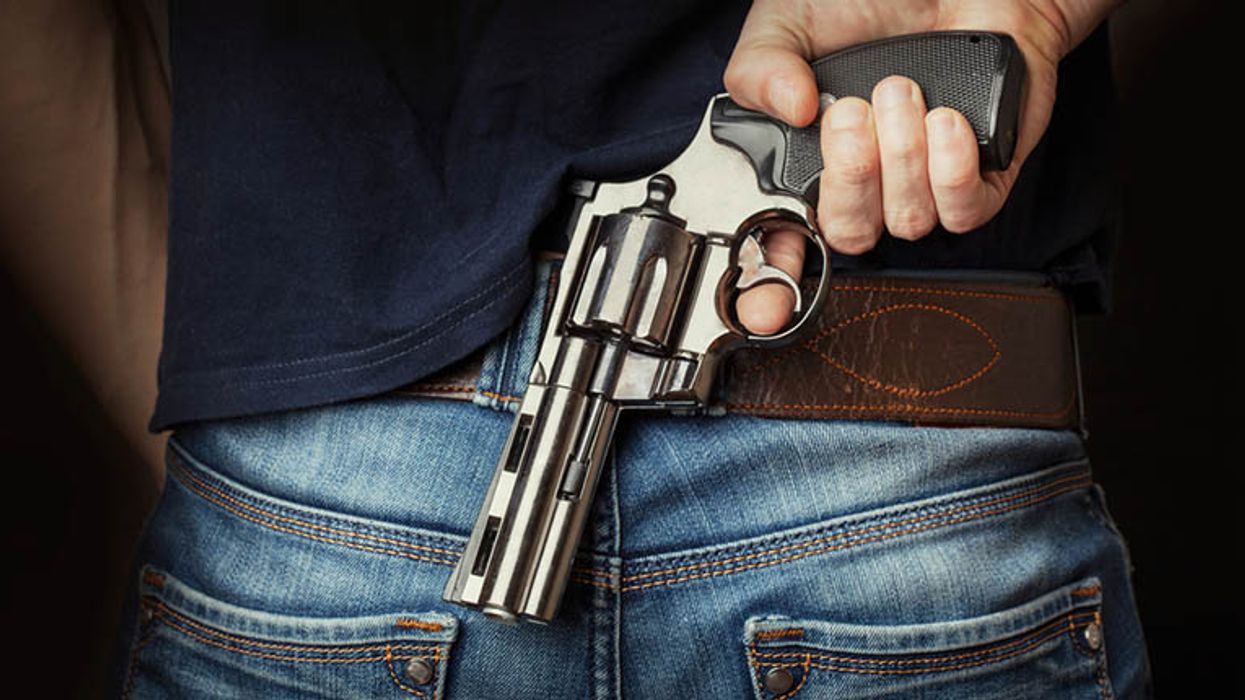 Federal judges have rejected most Second Amendment arguments of gun rights activists since a 2008 landmark case. Now the Supreme Court will hear a case that could invalidate state laws restricting who can be armed on our streets.

The New York State Rifle & Pistol Association, which is affiliated with the NRA, and two men who couldn't get gun permits in New York, sued. The judges Donald Trump put on the Supreme Court – Amy Coney Barrett, Neil Gorsuch and Brett Kavanaugh – are all endorsed by the National Rifle Association.

"I don't think people really understand the gravity of this case," said Kris Brown, president of the Brady Campaign to Prevent Gun Violence. "It would upend the very framework of the country's public safety laws."

New York is one of eight states that limit who can carry a gun in public. The others are California, Delaware, Hawaii, Maryland, Massachusetts, New Jersey and Rhode Island.

New York's law was passed in 1911 after the attempted assassination of a mayor and the murder of novelist David Graham Phillips.

New York's Sullivan Act, named after Tammany Hall politician Timothy Sullivan, was passed in 1911 after the attempted assassination of a mayor and the murder of novelist David Graham Phillips.

"Gun violence has only worsened during the pandemic, and a ruling that opened the door to weakening our gun laws could make it even harder for cities and states to grapple with this public health crisis," said Eric Tirschwell. He is managing director of Everytown Law which represents survivors of gun violence in lawsuits against the gun industry and gun dealers.

People seeking licenses to carry concealed weapons in New York must show "a special need for self-protection." The licensing officer for Rensselaer County rejected attempts by Robert Nash and Brendan Koch, who are also plaintiffs in the case, to get gun permits.

Bars Carrying Handguns Outside the Home

The association asked the Supreme Court to decide whether the Second Amendment allows the government to prohibit ordinary law-abiding citizens from carrying handguns outside their homes for self-defense.

In 2008, the Supreme Court ruled that that the District of Columbia must issue security guard Dick Heller a license to allow him to keep his gun at home. The city had banned handguns.

The justices affirmed prohibiting possession of firearms by felons and the mentally ill and supported laws forbidding the carrying of firearms in like schools and government buildings.

Since the Heller case, federal and state courts have generally used a two-part test in more than 1,000 gun cases, looking at whether the activity is protected by the Second Amendment and then scrutinizing it. Judges have used this test to reject most of the gun rights claims.

"From a constitutional law perspective, the big question is whether the justices will announce a new test for the constitutionality of gun laws going forward," said Duke law professor Joseph Blocher. "If the Supreme Court decides to replace that consensus with some other test, like one based solely on text, history, and tradition, then everything changes."

Paul Clement, the lead attorney in the case, was a clerk at the Supreme Court at the same time as Kavanaugh and testified at Kavanaugh's Senate confirmation hearing. Clement was solicitor general under former President George W. Bush and has argued more Supreme Court cases since 2000 than any other attorney.

Clement represented the NRA in a lawsuit by former janitor Otis McDonald against Chicago. That 2010 Supreme Court decision, which built on the Heller case, allowed people in Chicago to keep guns in their homes for self-defense, ending the city's handgun ban of nearly 30 years.

The association's attorneys argue that the Second Amendment also allows people to carry guns outside their homes for self-defense.

"The Revolutionary War was not won with muskets left at home; nor were the Minutemen saddled with the need to return home before achieving readiness for action," they wrote.

But even during the Wild West, frontier towns typically allowed only lawmen to carry guns in public.

A 2018 Stanford paper found that right-to-carry laws are associated with an increase of 13-15% higher violent crime rates a decade later.

Gangs have used right-to-carry laws by having gang members with clean criminal records get permits and then hold the guns after they are used. Darrail Smith of Wisconsin was stopped three times carrying guns away from crime scenes before he was charged with criminal conspiracy.

Estimated 100,000-plus guns a year belonging to permit holders are stolen.