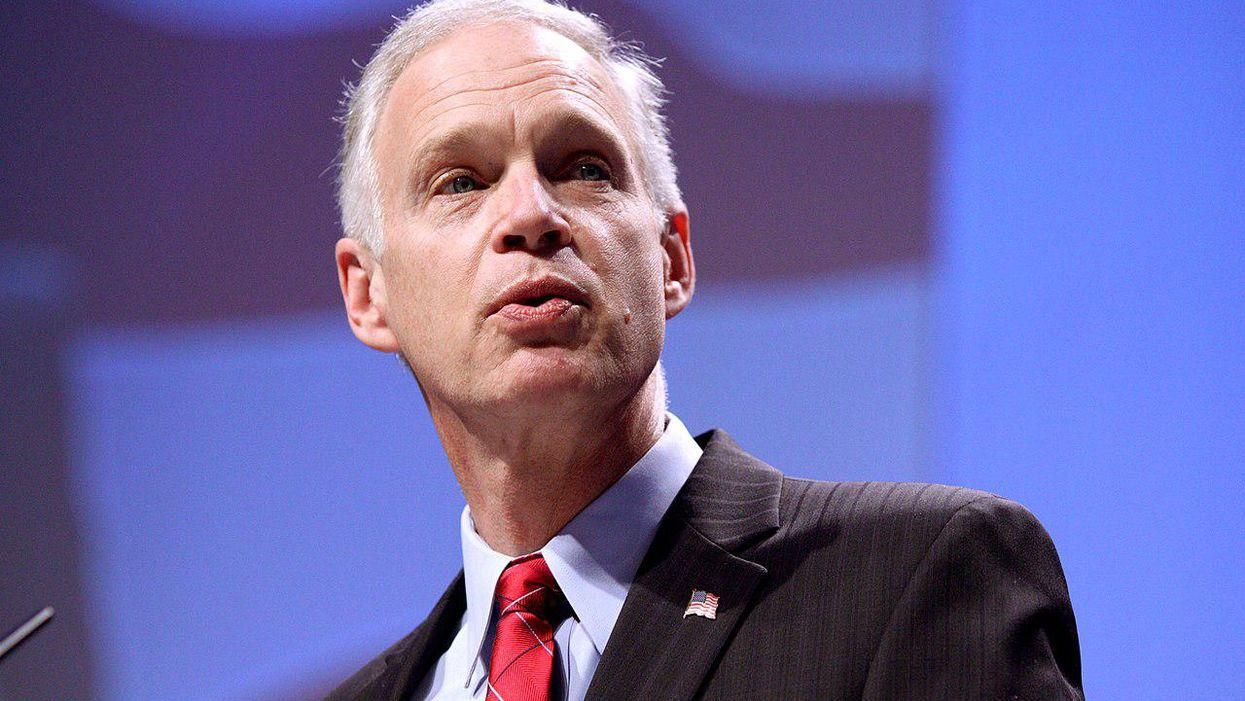 "Death Wish" was a hit movie in 1974, starring Charles Bronson as a violent vigilante. Now it's the primary motivation for the Republican Party. As of this week, in 13 states you have a legal right not merely to have a death wish but to inflict it on others by refusing to get vaccinated against COVID. In 21 more states, bills have been introduced that would limit any requirements that individuals produce evidence that they have been vaccinated. In six of those states, the laws specify that schools, including public primary and secondary schools and public colleges, cannot require coronavirus vaccines, even while the same schools continue to require vaccinations against whooping cough, polio, measles and chicken pox.

"It seems to be kind of a mixed bag of all the things going on here — there's the limiting of requiring proof of vaccine, there's the limiting of requiring the vaccination itself, the prohibition of the mandates. So, there's a lot," Lori Tremmel Freeman, chief executive officer of the National Association of County and City Health Officials, told CNN.

These bills are being called "vaccine freedom laws," as in, you have a right to be free of the vaccines against COVID. What's not a mixed bag is the political leaning of the states. All the states where such laws are in effect are controlled by Republican governors and legislatures: Alabama, Arkansas, Florida, Indiana, Iowa, Kansas, Missouri, Montana, North Dakota, Oklahoma, Tennessee, Texas and Utah.

You could call them the death wish states, or the Kevorkian states, after the infamous Dr. Jack Kevorkian, who was jailed for eight years after assisting a man to commit suicide who suffered from ALS, otherwise known as Lou Gehrig's disease. So if you want to enjoy your freedom to catch COVID and possibly die, those 13 states are the states for you. In six of them, you are guaranteed the freedom to subject your unvaccinated children to the virus as well.

At the same time the Republican Party is moving to protect your right to refuse the COVID vaccine, rates of infection are on the rise across the country. According to Johns Hopkins University, the new case rate is 10 percent higher in 46 states than it was last week. According to CNN, "In 31 states, new cases this past week are at least 50% higher than new cases the previous week."

Dr. Rochelle Walensky, director of the Centers for Disease Control and Prevention, told CNN that more than 99 percent of deaths from Covid in June were unvaccinated patients. CNN reports that "the vast majority of new Covid-19 cases, hospitalizations and deaths … are among unvaccinated people, doctors say."

The Delta variant of the virus is causing more infections among children and young adults than before. In Missouri, where just 39 percent of the population has been fully vaccinated, the situation is so bad that the CDC and FEMA have sent teams of specialists to the state to help stop the spread of the disease. "We've been seeing a much younger population," Dr. Harold Jarvis, an emergency physician in Springfield, Missouri, told CNN. "We're seeing a lot of people in their 30s, 40s, early 50s. We're seeing some teenagers and some pediatric patients as well."

Missouri is one of the states that has passed a law forbidding the requirement of a COVID vaccine or evidence of vaccination such as a so-called vaccine passport.

In Mississippi, where the vaccination rate is only 33 percent, seven children are in intensive care with COVID disease and two are on ventilators, according to the state health officer, Thomas Dobbs. On Monday, Dobbs tweeted "Pretty much ALL cases in MS are Delta variant right now. Vast majority of cases/hospitalizations/deaths UNVACCINATED." By Wednesday, Dobbs was tweeting that the state had suffered a "Big jump," and reported 641 new cases and five deaths in one day, along with 36 new outbreaks of the virus in long-term care facilities such as nursing homes and rehabilitation centers.

Mississippi has three bills pending before the state legislature that would prohibit issuing a "vaccine passport" and prohibit businesses and state facilities from requiring proof of vaccination.. One bill has passed both houses of the legislature and is awaiting the governor's signature.

But it's in Tennessee that promotion of the Republican death wish has reached its nadir. On Monday, the state fired its top immunization official for her efforts to get teenagers vaccinated against the COVID virus. "This is about a partisan issue around covid vaccines and around people in power in Tennessee not believing in the importance in vaccinating the people, and so they terminated the person in charge of getting it done," Michelle Fiscus told the Washington Post. She was director of all immunization programs at the Tennessee Department of Health. "The government is sacrificing public health to be in the good graces of our legislators; it's a horrid dereliction of duty," she said on Monday. The Tennessean, the state's largest daily newspaper, reported on Tuesday that the state would stop promoting vaccinations for all teenagers, and would cease sending out reminders for teenagers who had received one vaccination to get their second dose.

That's more than a death wish. With 99 percent of all deaths from Covid among the unvaccinated, that is more like the organized and state-sanctioned killing of children.

I've been reading these stories all week and trying to figure out what's driving this madness. The evidence is out there for everyone to see. There can't be a state legislator or governor in this country who isn't aware that virtually all people who come down with COVID today, and 98 or 99 percent of those who die from the disease, are unvaccinated. They have to be aware of the fact, and it is a fact, that if you want to avoid being hospitalized with this disease and dying from it, a vaccination will not only help, it will absolutely prevent both outcomes.

They're not just standing up and speaking out against the COVID vaccines, they are passing laws with the express purpose of making it easier for people to refuse vaccinations. In some cases, these laws are specifically aimed at school-age children. It's one thing to put your adult neighbors and employees and fellow workers at risk. It's quite another to put not only your children, but all children at greater risk of getting sick with a virus that, with the spread of the Delta Variant, is showing signs of being deadly to children as well as adults.

The only answer I've been able to come up with is the obvious one. It's about politics, and not just any politics. These Republican death wish laws have one purpose: they are designed to make President Biden's push to get all Americans vaccinated fail. Republicans at the CPAC gathering last week in Dallas were laughing at references to Biden's goal of vaccinating 70 percent of the population by the Fourth of July. One speaker received an ovation when he told the crowd, "The government was hoping they could sucker 90% of the population into getting vaccinated. And it isn't happening."

"The government," of course, is no longer being run by the man the whole CPAC conference was designed to celebrate, former president Donald Trump. It's run by the man who beat him, Joe Biden, and the Republican Party seems determined to do as much damage to his vaccination program as they can, even if that means enacting laws that will surely cause more people to get sick from the virus and die.