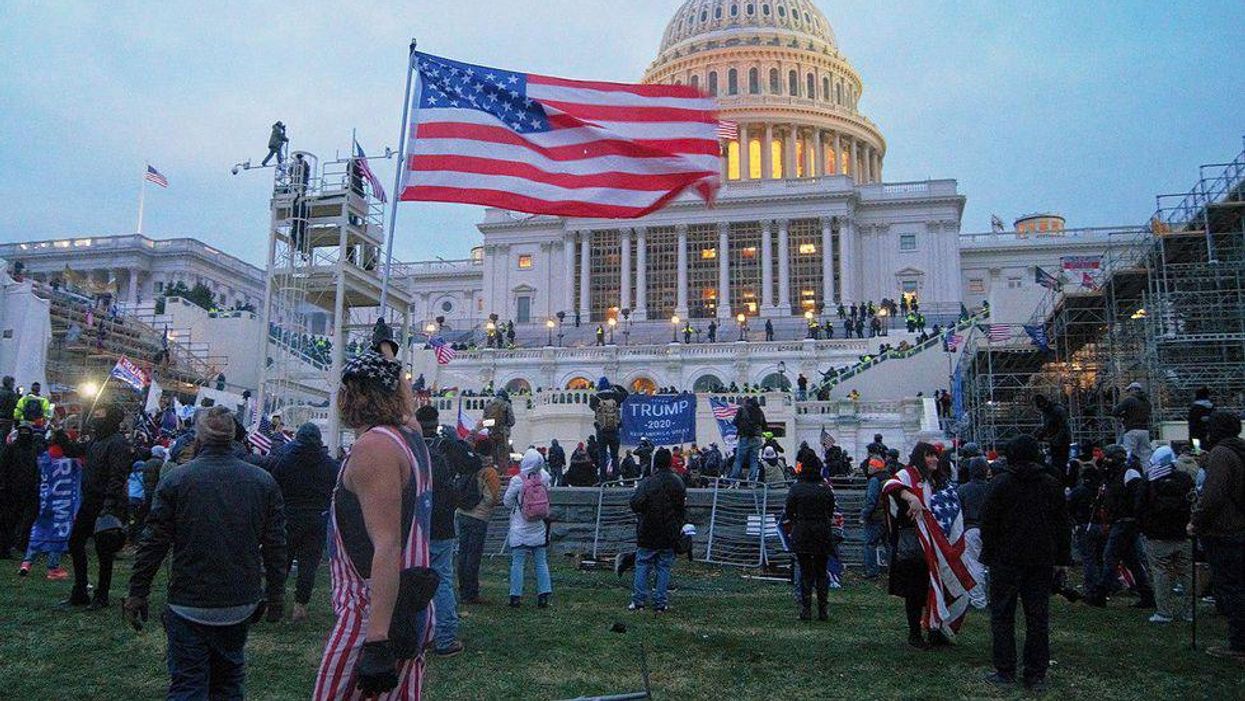 It's been six months since the angry mob of Trump supporters breached the U.S. Capitol. While the U.S. Department of Justice and Federal Bureau of Investigation (FBI) have been working to hold rioters accountable, there is one person they cannot seem to locate: the pipe bomb suspect.

According to HuffPost, the individual responsible for setting up pipe bombs in various places around Washington, D.C., the night before the rights occurred. Surveillance cameras on the night of January 5 captured an unidentified person wearing a gray hooded sweatshirt and a backpack. That person is said to have stashed two bombs.

The following day, Trump and his allies appeared at the "Save America" rally where they encouraged attendees to push back against the federal government and lawmakers' efforts to affirm President Joe Biden's Electoral College victory.

Shortly after the rally, hundreds of angry rioters stormed the U.S. Capitol. Although authorities have been able to identify hundreds of rioters who participated in the insurrection, D.C. Metropolitan Police Chief Robert Contee admitted the unidentified pipe bomb suspect remains at large.

Speaking to the House Oversight Committee during a hearing back in May, Contee said, "No one has been apprehended. That investigation continues on," Contee said.

"Surveillance video released by the FBI shows a person with a backpack wearing a COVID-19 face mask and a gray hooded sweatshirt. The individual is also wearing a pair of black and light gray Nike Air Max Speed Turf shoes with a yellow logo, according to the FBI. The bombs were placed between 7:30 p.m. and 8:30 p.m."

The FBI has announced a $100,000 reward for any tips that lead to the identifying the suspect.