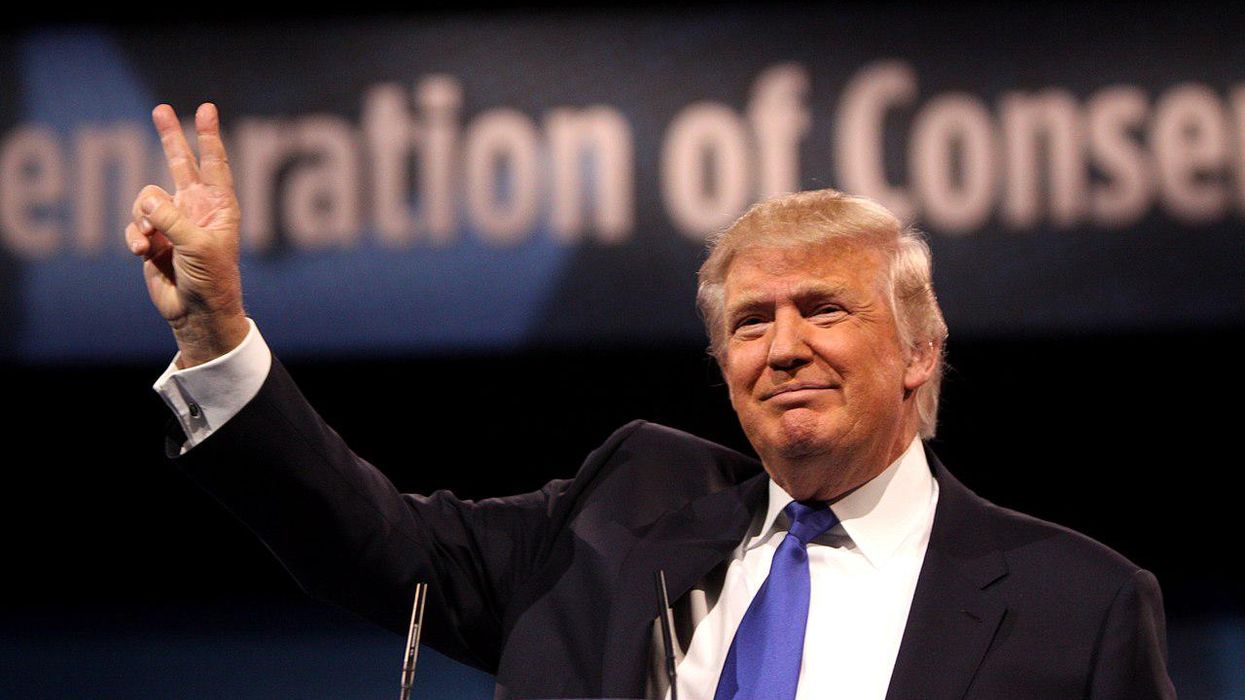 When the Christian right invaded the Republican Party during the 1980s, Peter Popoff was among the televangelists who made millions of dollars. Popoff, a faith healer, was exposed as a major fraud — he wasn't really curing cancer patients as he claimed. Journalist Michael Siegel, in a lengthy article published by Ordinary Times on June 8, lays out the things that Popoff has in common with another con man: former President Donald Trump, explaining why their deluded followers have such a hard time accepting the truth.

Popoff and Trump are the same age: 74. Popoff was born on July 2, 1946, and Trump was born the previous month on June 14, 1946. Siegel's article is really about Trump more than Popoff, although he offers plenty of details about Popoff's embarrassing history — and Siegel stresses that when people have been conned, they are often in denial about it. Popoff still had his unwavering followers even after he was exposed as a fraud during the 1980s.

As anti-Trump and anti-Popoff as Siegel's piece is, he does more than slam them and makes a point of explaining their appeal.

Siegel observes, "One of the things that con men rely upon is a certain vulnerability…. Many are afraid of their nest eggs disappearing, which ironically, makes them vulnerable to the very people who want to rob their nests."

According to Siegel, "Con men — whether they prey on the rich or the poor, the powerful or the powerless — look for those who are at a crossroads. Those who want a chance to get ahead. Those who fear falling further behind. Those who have lost their status and want it back. A person comfortable in their life and their finances will realize the Nigerian Prince is too good to be true. A person nervous about their finances or desperate to move up in life may think this is the chance they've been waiting for."

Trump is much more dangerous than Popoff ever was, as Popoff never became president of the United States — although the Christian right movement that Popoff helped bring to the forefront of the GOP during the 1980s (along with the Moral Majority's Rev. Jerry Falwell, Sr., Jimmy Swaggart, Focus on the Family founder James Dobson and others) has been very damaging to the country. And Trump still has millions of devotees seven months after being voted out of office and four months into Joe Biden's presidency.

Many Trump devotees, according to polls, still believe the Big Lie: Trump's false claim that he was a victim of widespread voter fraud in the 2020 election. And Siegel explains why they are so "vulnerable," not unlike Popoff's followers.

"The Trump election fraud claim is something far more insidious than the standard-issue 'they stole our votes' cry of the defeated," Siegel warns. "It did, after all, culminate in an open attack on the Capitol to try to overturn the election. It is a claim that is not fading but being amplified by an increasing number of Republicans, becoming a litmus test in primaries. The Republicans just ousted their third most powerful Congress-critter because she had the temerity to say that Donald Trump was full of it."

Siegel continues, "I can certainly see why grifters like Rudy Giuliani and Sydney Powell are making this claim. There's money to be made by promoting these claims — the Trump campaign itself pulled in a quarter of a billion dollars with this scam. But why do rank-and-file Republicans believe this. Is it because they're stupid? They're no more stupid than anyone else. Is it because they're deluded by Fox News? Most of them don't watch it. No, I think it's something more basic, something that goes back to Peter Popoff and every other con artist that slithered down the pike. It's because they don't want to believe they were fooled."