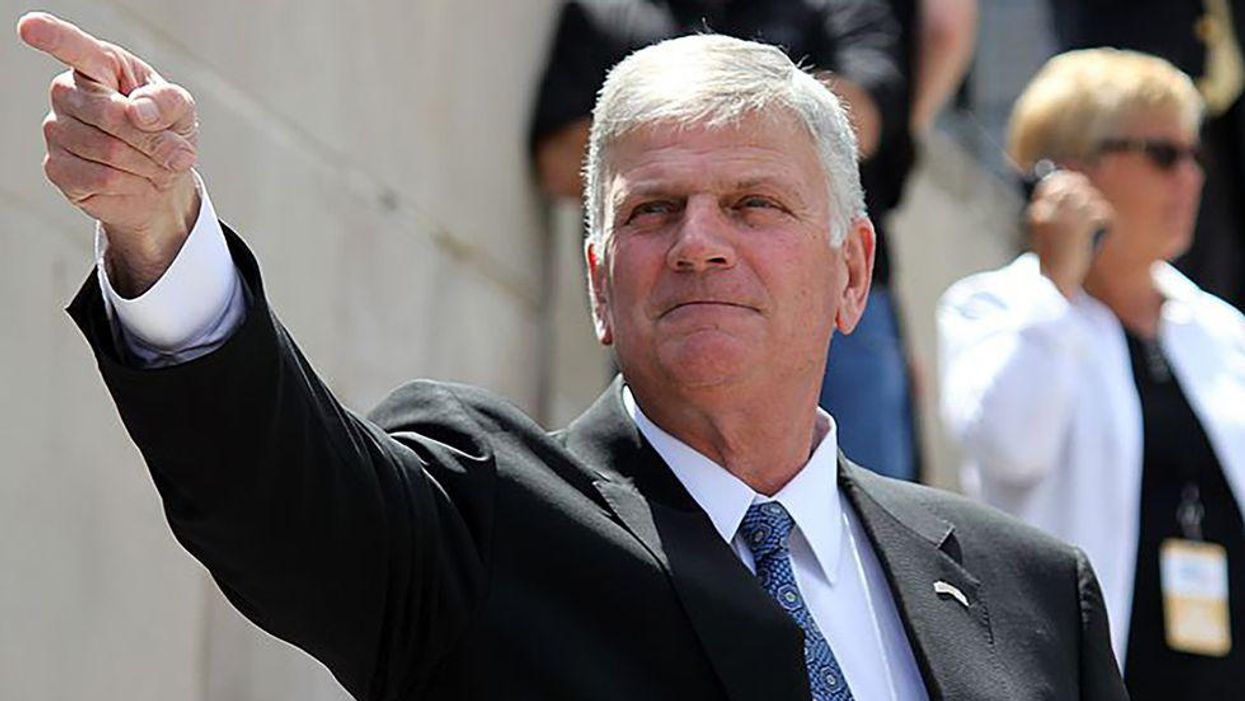 Evangelical and anti-LGBTQ activist Franklin Graham is urging Americans to "pray for the Christians" who are fighting what he calls a "godless socialist agenda," an agenda he says now includes critical race theory and "concerning transgender policies."

Pointing to an article about Loudon County, Virginia, currently a hotbed of controversy over transgender students' rights and the teaching of critical race theory (which is not actually being taught in public schools, only in colleges and universities,) Graham patted himself on the back for traveling to all 50 states in 2016 to urge Christians to run for office, especially school boards.

He says those local boards' decisions "impact our children and our grandchildren's lives, and they impact the future of our country, so it is vitally important. I'm thankful for the parents in Loudoun County, Virginia, who are speaking up and working to keep things like critical race theory and concerning transgender policies out of their schools."

"We have to stand up against the godless socialist agenda trying to divide us and take over this country," he claimed.

"Pray for the Christians in Loudoun County, that they would stand strong and speak the truth in love. And pray about how you can get involved in your city and make a real difference. Will you?" Graham urged.

Conservatives have been infiltrating local school boards, where they have the opportunity to indoctrinate children at a young age into far right wing extremism, the pro-Trump MAGA movement, white nationalism and white supremacism, and an anti-science agenda.

In April TIME reported, "QAnon Candidates Are Winning Local Elections," and asked, "Can They Be Stopped?"

And earlier this month the National Education Association (NEA) asked: "Is QAnon Radicalizing Your School Board?"

"Proponents of QAnon allege that Satan-worshipping pedophiles are secretly running the country, and they also have spread false information about COVID-19, Black Lives Matter, the recent election and more," the NEA article revealed. "When they get elected to local offices, they endanger citizens because their potential decisions—around budget, safety, school curriculum and more—aren't grounded in reality."

And in 2017 Media Matters reported on "How The Hate Group Alliance Defending Freedom Is Infiltrating Public Schools."